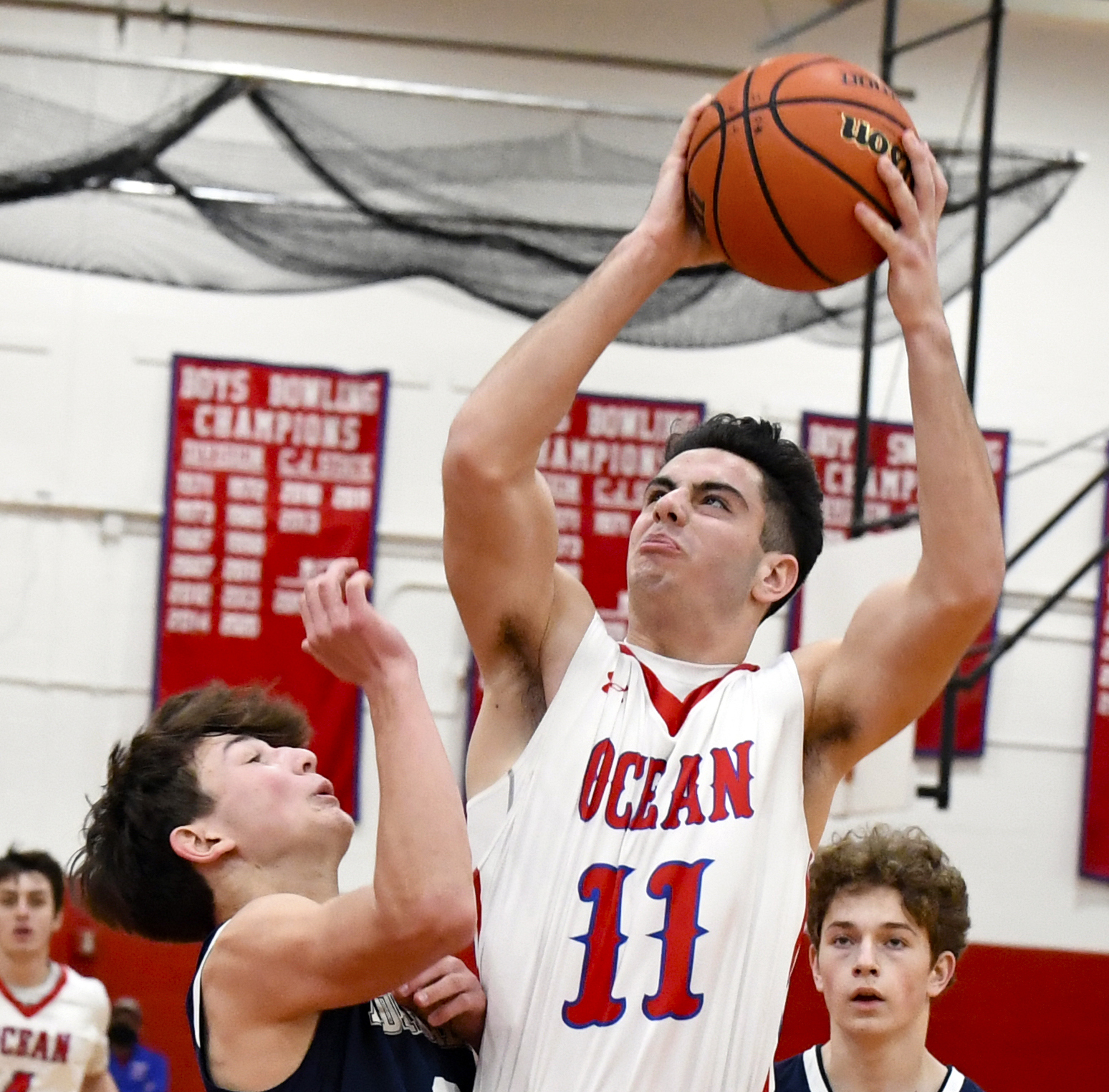 By Walter J. O’Neill, Jr.
February 6, 2021
On Saturday morning the Ocean Township boys varsity basketball team earned their first win of the pandemic 2021 season. The Spartans hosted and beat the Admirals of Henry Hudson High School 50-34. The game was not as close as the score.
In the first quarter Ocean had jumped out to a 21-8 lead. It was by far the most productive eight minutes of the game for the Spartans. Evan Peters, the senior guard, is a sharpshooter from the outside. He hit two deep three-point buckets. Aidan Tisoney also had a three, Jack Savare scored six of his game-high 10 points in that opening quarter.

Get all your winter needs at ACE Hardware

Closing out the first half Ocean outscored the Admirals 13-6, taking a huge 34-14 lead into the halftime break. In the second quarter Matt Shaw hit a three and made both his foul shots. Jamal Cetoute, Savare, Reif Birzin, and Shane Garret each had two points.

During the second half the Spartans shifted many of their players in and out and cut back on their offensive onslaught. Ocean was faster, shooting was more accurate and they dominated the boards at both ends of the floor.

This year the Spartans have a new head coach in Ryan Pringle, who is in his rookie season as the Spartan leader after spending several years as the assistant coach.

The team finished 14-11 last year, and Pringle hopes that his players have settled into the season and will start playing as they did against the Admirals. “I know these guys have tremendous potential. We have decent size, speed and shooters, and they are all coachable players,” said Pringle.

Ocean is missing a big offensive weapon this year. Last season sophomore Corey Miller averaged 15 points per game. As a junior he decided to transfer to Pennington School. It seems that Ocean has great outside shooting with Peters and size with Rusty Todd, 6’3” who comes in as the sixth man off the bench and provides a strong presence in the paint.