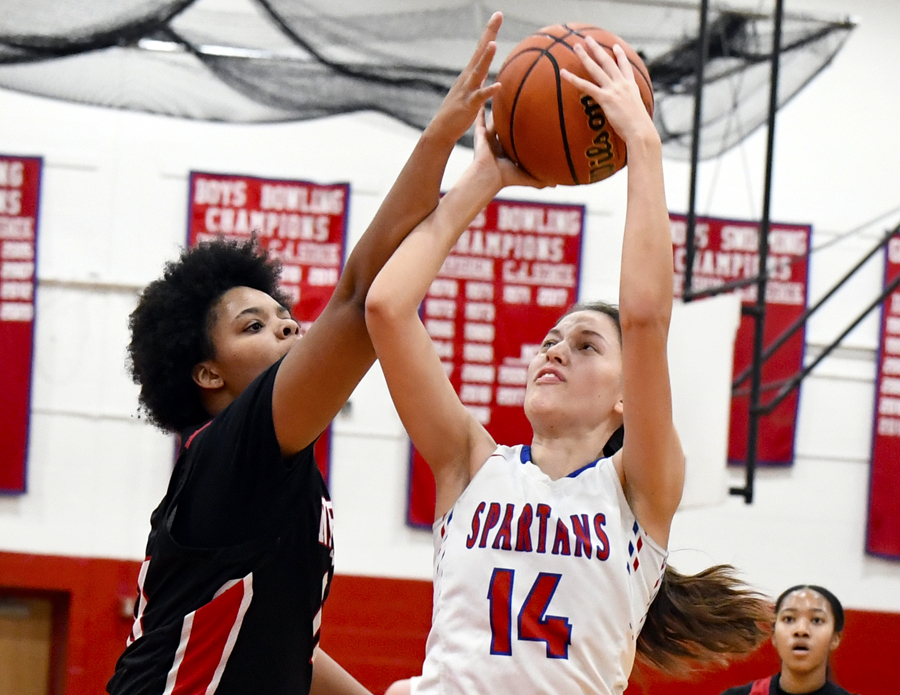 Things turned positive quickly for Ocean when they played Barnegat on back-to-back games winning both 43-30 and 38-22. Michael Lazur, who is in his seventh season as the Spartans head coach was hoping his team had turned the corner, but were tested on February 16, when they hosted the Scarlet Fliers of Neptune.

It was an ugly first half for Ocean as they were outscored 11-3 in the first quarter and 6-4 to close out the first half. In those first eight minutes of action freshman Sofia Chebookijan scored the only basket for the Spartans. Senior Lauren Turnbull made one of two foul shots. In the second quarter only Abby Desmarais, sophomore, found the net. She had one basket and made both her foul shots.

Ocean didn’t just have problems scoring, they also had had issues not turning over the ball. Neptune had 20 steals during the entire game.

During the second half, the Spartans played smarter and better. In both the third and fourth quarters they scored seven points. Lila Trench, Gaila Betton and Turnbull all had two points and Eli Clark made one of two fouls shots in the third quarter. In the final eight minutes, Emilie Peters hit a three-point bucket, Chebookjian and Clark each had two points.

Desmarais, Chebookjian, and Betton each had four points in the loss for Ocean. Peters and Turnbull finished with three, Trench had two and Clark scored the foul shot. Trench also pulled down six rebounds and Betton had five.