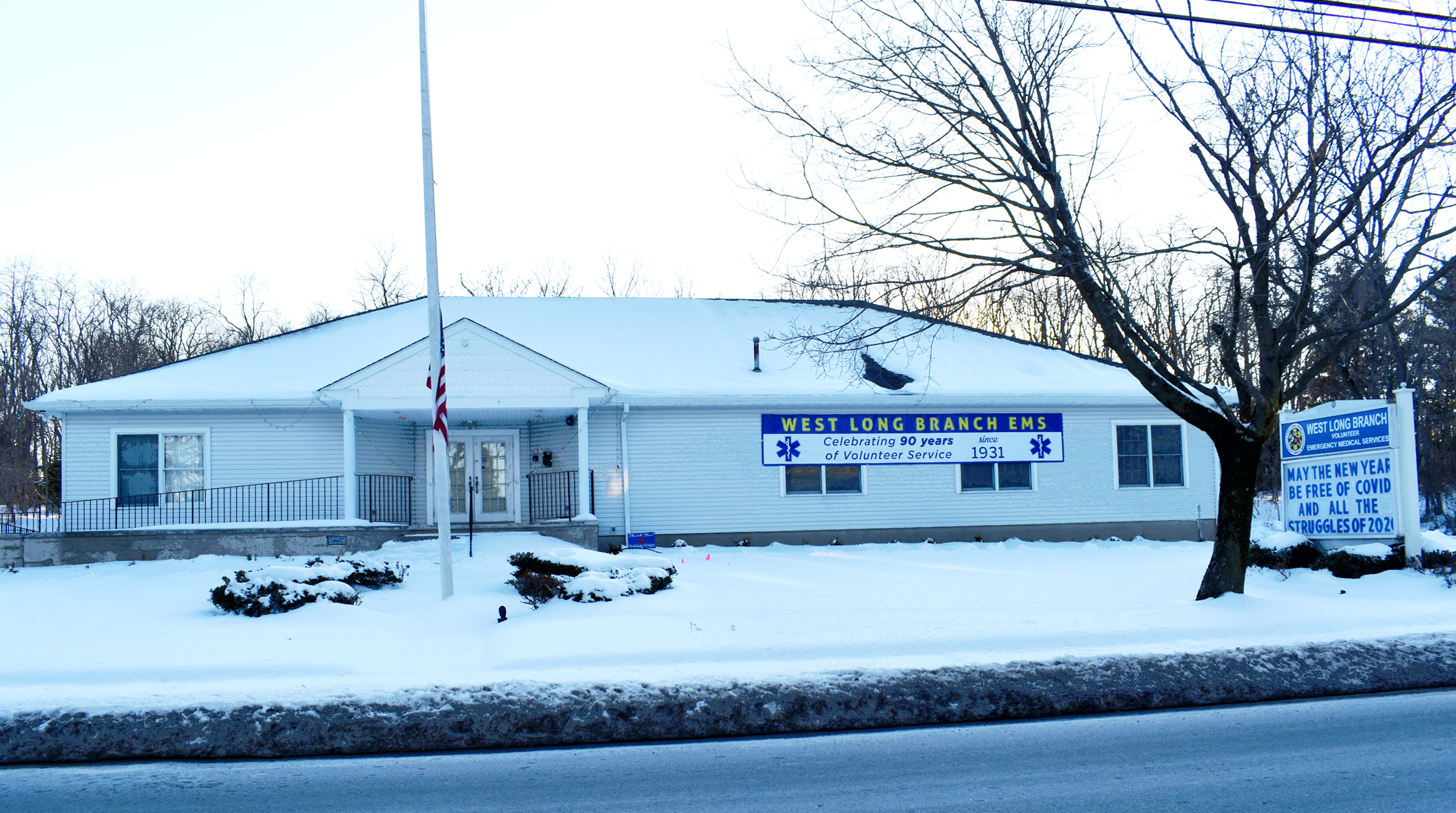 By Emma Uk
First aid squads are struggling to recruit and retain volunteers across New Jersey, and the problem seems to have made its way to West Long Branch.

On Feb. 17, West Long Branch residents voiced their concerns at the city council meeting about the boroughs sudden proposal and approval of a resolution to completely suspend the West Long Branch Emergency Medical Services (WLB EMS), which would require adopting an alternative emergency service and hiring a paid crew.
A major concern was whether a paid emergency service could mean an expensive ride to the hospital. Although exact costs weren’t disclosed, as contract negotiations continue, councilman Steven Cioffi explained that residents would be billed through their insurance company, a process called soft billing. Typically, this means that whatever amount insurance decides to pay, the emergency service accepts as full payment. However, most insurance companies only cover the cost of an ambulance they deem “medically necessary,” and those without insurance could potentially end up paying thousands of dollars.

Mayor Janet Tucci said the change is necessary as the town and population have grown and more people work out of town during the day, leading to fewer day volunteers. “In the past, volunteers were local day and night and ready to answer a call at a moment’s notice.” the Mayor said. She added thatt today, the population and demand are growing while the volunteer pool is shrinking, causing the borough to rely on mutual aid, where emergency squads in neighboring communities answer the call instead. According to Tucci, considering a paid service can “make it easier for someone to answer a call because we’ll have people that are there all the time doing it.”

AMP Electrolysis – Get rid of that unwanted hair

According to borough administrator Stephanie Dollinger, about 35 percent of emergency calls in West Long Branch are currently answered by paid services, meaning residents are already being soft billed, “whether or not we have the volunteer service” she said.

Salt and dirt on your car? Oil change? Quick Lube? Shrewsbury Car Wash does it all!

While West Long Branch resident Karen Bischoff questioned Dollinger’s data given a lack of transparency, she felt, from the council – from potential costs to what alternatives have been considered – another resident, Jill Blake, told the council that residents can currently avoid a bill altogether, “[you] have the option to deny those services and go with volunteer.” With more than half of emergency calls being answered by the volunteer service, suspending it entirely will certainly tip the scale.

When asked if a day squad on part-time pay was considered, Dollinger said that it had been proposed as a solution in the past, but it didn’t work out. Although she wasn’t sure what stopped it, such a venture wouldn’t be the responsibility of the borough, but the individual squad who would need to go through the state.

“Really what’s at the heart of this here, [is] just the changing times, the volunteerism,” said Dollinger. “It’s a real challenge, and it’s very unfortunate. We’re trying to provide the best service we can to the residents at a time where it’s difficult for volunteers.”

Although the council discussed the dissolution proposal with residents, nothing was made official since negotiations and planning are ongoing. Dollinger said it will take the council approximately 30 days to draw up a contract, which will be made public, along with what the council will vote on. At that time, she said, the council will be able to better answer questions and address resident concerns.