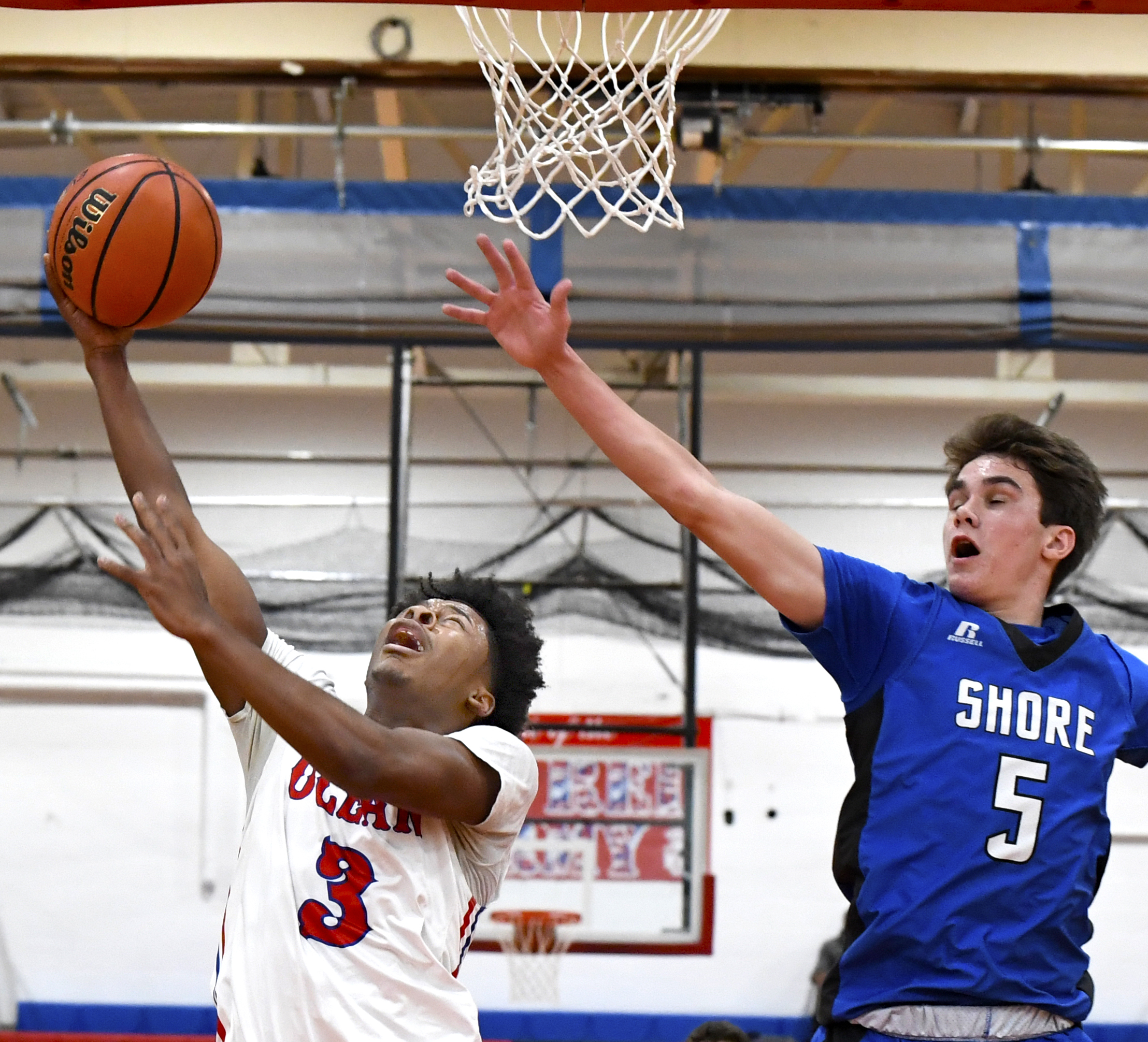 By Walter J. O’Neill, Jr
February 20, 2021
Ocean Township High School senior point guard Evan Peters hit six deep three-point shots in the 63-50 win over Shore Regional. Peters, who is a also sharpshooter from the outside, had a bucket for a game-high 20 point as the Spartans improved to 5-4 on the season.
Back in 2018-2019, when Peters was a sophomore and playing on varsity for the first time, he had 13 total points with nine of those from outside the three-point arch. Last year, his outside shooting was outstanding with 50 baskets for 150 points from the three-point area and finished with 182 points. This year, he is still smoking hot from outside with 20 from downtown for 60 of his 82 points so far.

Ocean started the 2021 pandemic season with three consecutive losses to Raritan, Keyport and Pinelands. They scored their first win against Henry Hudson and then suffered a loss to Monmouth Regional on February 12. However, since that loss the Spartans have been on a roll winning four straight.

They avenged the loss to Monmouth Regional, then beat Long Branch, and then washed out Shore and the most recent, a 20 point win over Brick Township giving Ocean an impressive 5-4 record.

In the win over the Blue Devils, Matthew Shaw finished with 14 points for Ocean while teammates Rief Birzin scored 13 and Jamal Cetoute had eight.

COVID-19 has affected the Blue Devils schedule with games canceled. Shore opened with a loss to Freehold Borough, and then beat Jackson Liberty, lost to Red Bank Catholic followed with a win over Long Branch. The loss to Ocean drops the Devils to 2-3.

Leading the Devils in scoring was Liam Gajewski with 20 points. He also had six rebounds, one assist and two steals in the loss to Ocean. Tyler Tilton finished with 13 points, eight rebounds, three assists and three steals. Alex George, freshman, had 11 points and one assist in the loss.

Click on photos for the captions
Additional photos can be found at www.Facebook.com/TheLinkSports