LD11 Partners with Organizations to Create Vaccine Events For Seniors, Small Businesses, and Members of the Disabled Community 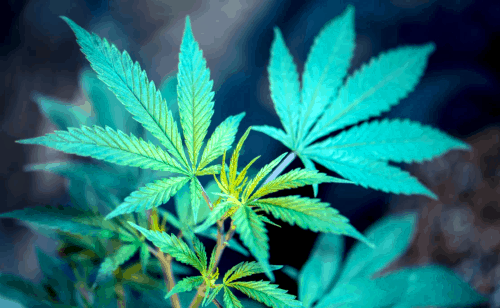 By Emma Uk
Sea Bright City Council members voted unanimously to pass a resolution urging the state to amend Senate Bill No 3454, also known as the “clean-up bill,” which addresses the consequences of underage possession and consumption of marijuana and alcohol.

According to the president of the council, Marc Leckstein, “It was a poorly thought-out bill, it needs to be amended, and hopefully they take us seriously by way of our resolution.”

Since the bill’s passing in February by Gov. Phil Murphy, concerns have mounted over its potential infringement on parental rights and an officer’s ability to enforce the bill – meaning to prohibit minors from possessing and consuming marijuana and alcohol.

Currently, the bill states that minors will be issued a warning for their first two violations and will face a penalty – by way of fine or community service – for third and subsequent violations. While the council views this warning system as more of a “free pass” before any real measures are taken, an important issue the council’s resolution addressed is that parents are not allowed to be notified of the first violation their child commits.

In their amendment the council stated that parents “should have the right to know if their child is using or in possession of marijuana from the first encounter,” so they may address the issue as early as possible. However, even finding a minor in violation of the law is made complicated by the bill.

The odor of marijuana, which is a common precursor for marijuana arrests in New Jersey, and even unconcealed possession of marijuana and alcohol, do not constitute probable cause for an officer to stop or search a minor. The bill also states that minors are not capable of giving lawful consent to a search and therefore cannot be searched or stopped by officers.

Leckstein said the bill puts the borough, state and law enforcement against the wall. “The state says you can’t smoke on the beach, but then they’re saying the cops can’t go up to someone if they’re smoking marijuana, so it sort of puts us in a conundrum.” Not only does the bill jeopardize a state law that prohibits tobacco smoking on beaches, which has benefited Sea Bright beaches over the years, it also jeopardizes officers from ensuring that minors aren’t breaking the law.

Officers who notify parents of a minors first violation or who use marijuana or alcohol as their reason to search a minor will be charged with violating their rights under the Deprivation of Civil Rights law, which is a federal crime. The amendment the council proposes accuses the bill of unfairly criminalizing officers. “It establishes a legal set of enforcement powers, but it criminalizes the actual enforcement of those powers,” the amendment states.

Sea Bright Mayor Brian Kelly believes the state did a poor job rolling out the bill. “Especially as other states have kind of led the way when the legalization of marijuana had pretty big gaps in their legislation. So hopefully they do amend it and get it right the second time,” he said.

While the council believes the bill should be amended by better acknowledging parental rights and allowing law enforcement to do their job without criminalizing them, the one topic that wasn’t brought up or acknowledged by the council is racial disparity, which is a major topic around marijuana legalization.