One car t-boned, one bursts into flames

Outdoor dining in Long Branch will begin May 1 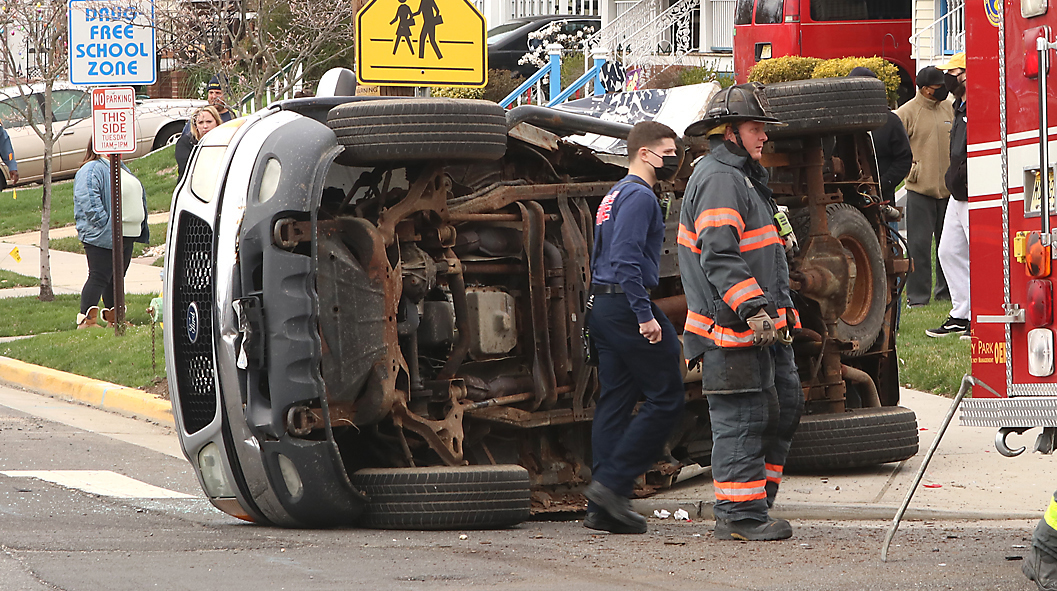 On Wednesday afternoon a car was hit in the side by another car who ran the stop sign at the intersection of Memorial Parkway and Sunset Ave. in Asbury Park. The force of the collision caused one car to flip onto its side. Both drivers of the vehicles were unharmed, but Asbury Park Police had to break out the windshield to rescue three dogs trapped inside the flipped auto.

On Thursday afternoon a car in the parking lot of the old Marshall’s in Neptune, driven by a young man, burst into flames.

The fire spread throughout the car burning out the seats, charring the inside and melting the front of the car completely off. The driver was unharmed and watched in the background as the Neptune Fire Department put out the flames.