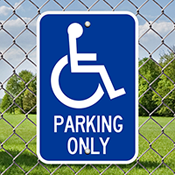 By Neil Schulman, Long Branch —The city is making two changes to parking on the streets in response to development.

At the May 12 City Council workshop, officials introduced two ordinances related to parking. One will open up one side of Leslie Court to parking, the other will add a handicap parking space on West End Court.

Long Branch Police Lieutenant Charles Shirley and City Administrator George Jackson reported that both of these changes had been made by requests.

Shirley said that for years parking had been prohibited on Leslie Court, off Pullman Avenue. Then the city got a request from a resident to change it. The inability to park is causing problems for those  who live there. New houses have been built on the road since the prohibition was put in place, and the restriction is causing problems now.

“The residents can’t even pull their cars out for their kids to play basketball in the driveway,” Shirley said.

Jackson said that originally the residents had requested parking permits, something the city finds difficult and problematic. Their next proposal was to allow parking on the west side of the road only, which Long Branch agrees is a good idea.

The request came in a letter signed by every resident on the street.

“With the Chabad development, there were changes in the parking,” Jackson said. Chabad, as part of its construction of a new synagogue atop retail buildings on Ocean Avenue, has made changes to the parking lots in the area, which it owns. Proodian’s patients used to use it to park for his office, but it’s no longer as accessible for them.

The city concluded that it could mark out a handicapped parking space on the road, so they can get to his office easily. However, the space will not be exclusively for his office, but usable by anyone with the proper tag for their vehicle.