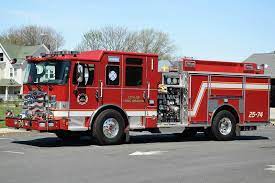 By Neil Schulman, Long Branch — The city’s public safety director says he is talking to firefighters after receiving reports that city vehicles were being used for personal business.

At the May 12 City Council meeting, a letter from Patty Verrochi was read. Verrochi manages the West End/Long Branch Watchdogs Facebook group, and said that members of the group had reported to her “multiple observations” of city officials using vehicles for “what appears to be personal use,” such as shopping or picking up food deliveries.

She worried that this could pose a safety risk, if emergency officials were not at the station but out shopping when a call came.

Public Safety Director Domingos Saldida said that he had received the letter, along with photographs of the vehicles at a supermarket. While he said he still needs clarification on some things brought up in it, vehicles were “in an area they should not have been.”

However, he said that the vehicle’s presence there did not cause a safety issue. Indeed, the firefighters shopping there were able to render assistance to an individual.

But the trucks should have been parked behind the store, not where they were, blocking access.

Saldida said he had been addressing the issue the last few days and would continue to do so. He said the public would see a difference in how the vehicles were used.

Saldida said that the situation may not have been proper, but did not pose any threat to public risk. “Any time the fire trucks are occupied, they are ready to respond,” he said. Whether they are at the Union Avenue firehouse or at a supermarket, the firefighters can still protect the city.

“I ask the public to speak and tell us what the issues are out there.”