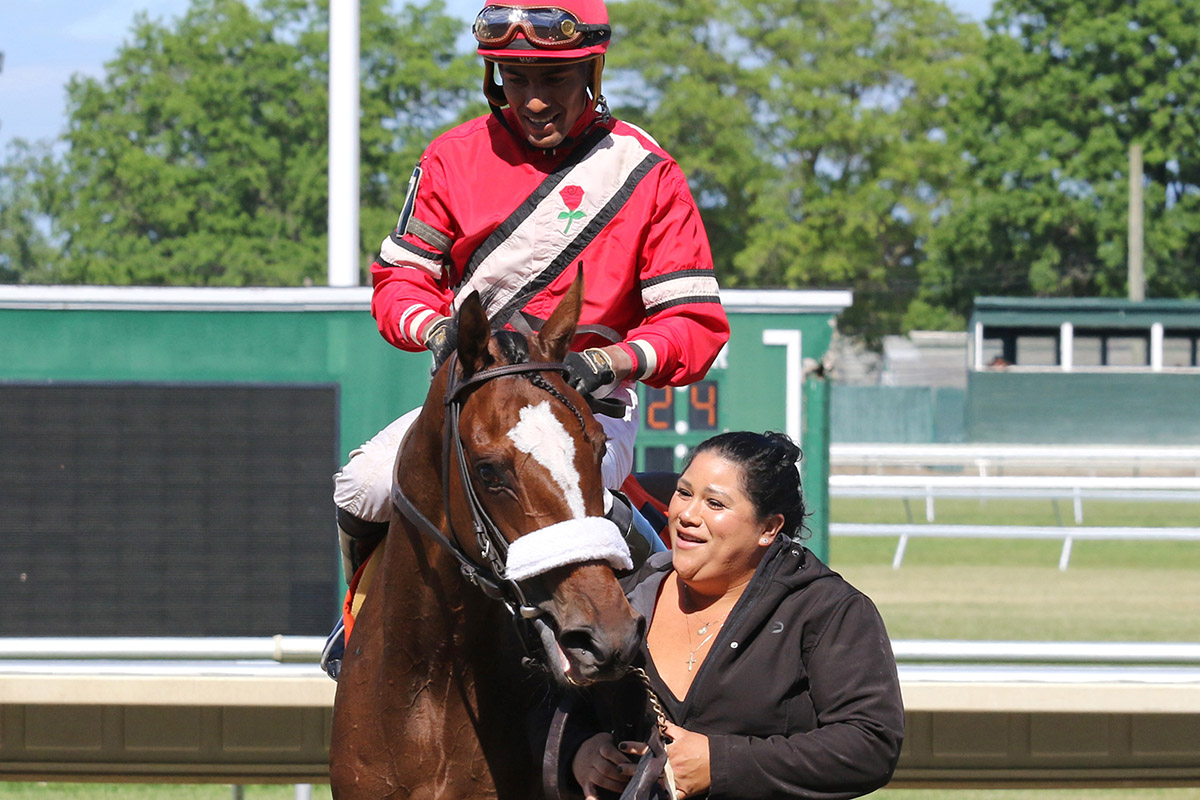 OCEANPORT – Ever wonder how a Thoroughbred trainer celebrates their first career victory? For 33-year-old Faith Wilson, it was cake at home with her two children, ages five and two. Wilson, the daughter of former trainers, recorded her first victory in her first year as a trainer – and in her 14th start – when La Luisa captured the ninth race, a $10,000 maiden claimer, at Monmouth Park on Monday.

“I’m beyond ecstatic, especially because this was a project horse that my husband and I own,” she said. “She was a bad bleeder when we got her. We gave her six months off and since then she has been very consistent (with a win, second and third in four starts for Wilson).

“I literally can’t wait to get home and have cake with my kids and tell them about this.”

Wilson, an assistant for nine years for a variety of trainers, intended to launch her career at Monmouth Park a year ago “but we got here too late to get started.”

“So we decided to go to Tampa Downs and start there this winter,” she said. “We had a good winter at Tampa (with four seconds and a third from 13 starters) but I guess it was meant to be that I would get my first winner at my home track.”

Wilson’s parents, Bill and Donna Wilson, both dabbled as trainers, with her mother spending her career (1989 through 1994) on the New Jersey circuit, which then included Garden State Park, the Meadowlands and Atlantic City Racecourse.

But Wilson will not have much time to savor the victory — though she will be able to have her cake and eat it too. She said she will be back at her barn on the Monmouth Park backstretch first thing Tuesday to tend to her seven horses.

“We have four running next weekend that I have to get ready,” she said.