‘Lest We Forget’ in Ocean Twp. 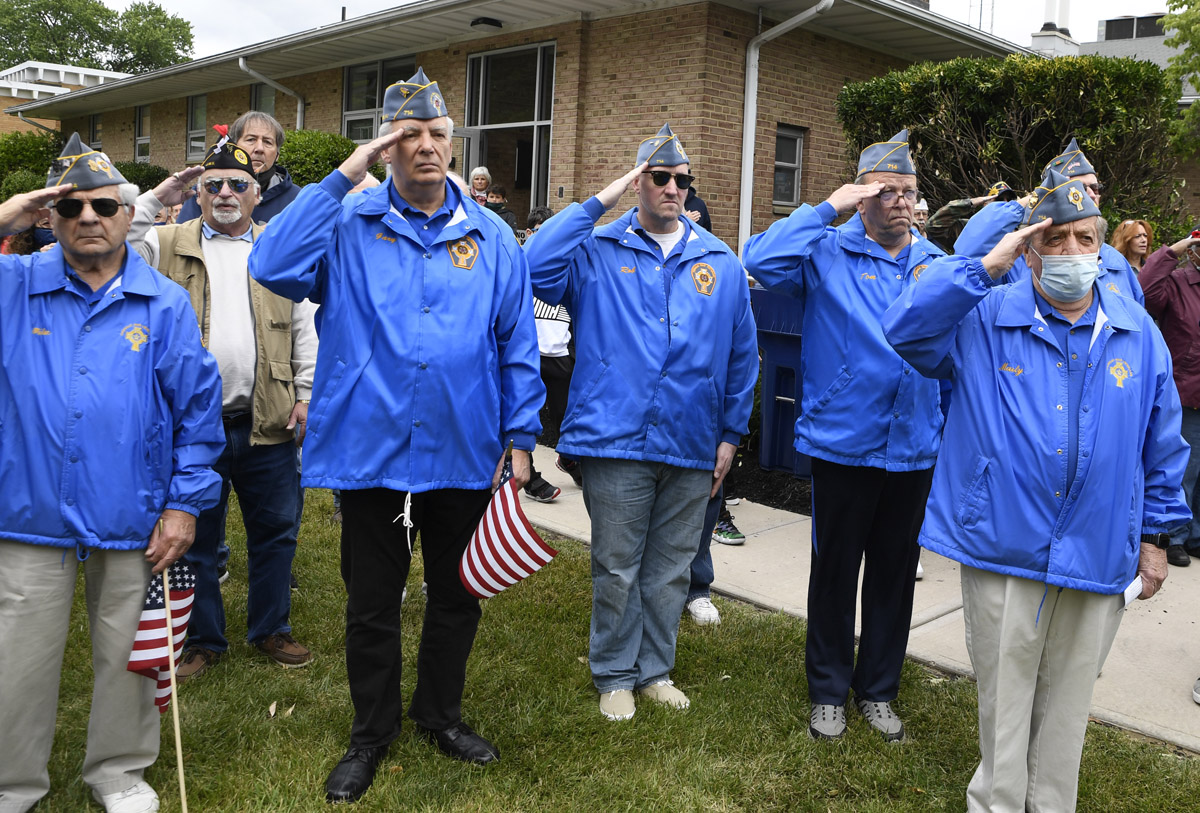 By Walter J. O’Neill, Jr
May 31, 2021
Ocean Township – A beautiful granite monument outside the township offices located at the intersection of Monmouth and Deal roads has the words “Lest We Forget” carved into its side. Memorial Day 2021, the many people who were on hand for the ceremony in front of that testament did not forget.

Don Brockel, a member of Boy Scouts Troop 71 started the morning off with the Pledge of Allegiance. That was followed by a beautiful rendition of the Star Spangled Banner by Alexandra Colaiacovo. The chaplain of Veterans of Foreign Wars Post 2226 then gave the opening prayer, followed by a blessing from Rabbi Schonbrun from Temple Torat El.

Siciliano stated that this year the township was honoring the Jewish War Veterans Post 125, as the National Organization was celebrating 125 years of service to its members. Accepting the resolution from the mayor was Stanley Shapiro of Post 125.

World War II ended 76 years ago, and Shapiro stated that Memorial Day honors the American service men and women who gave their lives for this country. The history of this special day, which was originally known as Decoration Day, originated after the Civil War, which claimed more American lives than any conflict in our country’s history. Shapiro added that over a million U.S. military members have been killed.

Jim Mack, Commander of VFW Post 2226 and a U.S. Marine, said we can’t forget the past and those that paid the ultimate price. However, he added that we can’t ignore the heroes of today. He then praised law enforcement, fire and first aid responders, doctors, nurses and all those who worked the front lines during the pandemic.

The last to speak was Joe Williams from the Catholic War Vets Post 714. Like the presenters before, Williams praised the men and woman who bravely sacrificed their lives for this great country.

Each of the posts then placed a wreath and flags around the monument for their members who passed away during the past year. It was a touching sight as the names were read and the flags were placed and the final salute was given.

Clair Taylor closed out the ceremony with God Bless America and then the Ocean Township Police Department rifle squad fired off a volley.