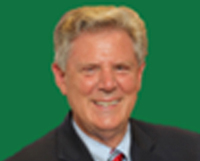 The three projects include:

$5.625 million for a ferry terminal in Carteret that represents the next phase of the town’s ongoing work to run a ferry from Central New Jersey to downtown Manhattan that will improve daily commutes for residents of Central New Jersey and encourage economic development.

New sidewalks, paved streets, trees and streetlamps lead the way for a major upgrade to the train station on Third Ave.

“Each of these projects are critical investments in our transportation system’s safety, efficiency, and reliability for the region’s residents and tourists. Members of Congress know our districts better than anyone else and can ensure that federal dollars actually reach the areas that need them,” said Congressman Pallone. “I look forward to seeing these projects advance through legislation in the Transportation and Infrastructure Committee to the House floor soon for a vote.”

“The residents of Carteret and commuters in Central New Jersey appreciate Congressman Pallone’s efforts to secure much needed federal funding under this surface transportation bill to help develop this intermodal transportation building,” said Carteret Mayor Daniel Reiman. “For far too long New Jersey has received far less then what it sends to Washington, DC., and this project represents direct congressional action and appropriations of federal dollars, so that elected Members of Congress can identify and fund much needed transportation projects as opposed to bureaucrats sitting in desks hundreds or thousands of miles away around the country.”

“The Long Branch intermodal station will give NJ Transit the resources it needs to increase interoperability between different modes of transportation that will greatly enhance commuter safety and accessibility for Long Branch residents and tourists,” said Long Branch Mayor John Pallone.

“Congressman Pallone has always helped us identify all of the federal funding opportunities and this result just validates all of his efforts,” said Woodbridge Mayor John McCormac. “These federal dollars will provide Woodbridge the opportunity to make much needed pedestrian safety improvements around the Metropark area for residents and commuters.”