Dangler: it is wrong to belittle slavery 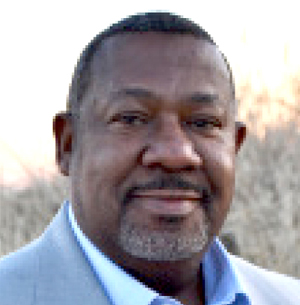 By Neil Schulman
Long Branch — Councilman Bill Dangler understands that some people don’t think Juneteenth should be an official holiday in Long Branch. But he says that minimizing the impact that slavery had to object is unacceptable.

At the June 9 Long Branch City Council meeting, the city passed an ordinance to make the third Friday in June an official holiday, Juneteenth. On June 19th, 1865, a Union General rode into Gavelston, Texas, and informed the enslaved people there they had been freed by the Emancipation Proclamation nearly two years earlier. In recent years, Juneteenth has become a celebration recognizing learning about the end of slavery, and last year it was declared a state holiday.

But Ernest Mignoli, and Vincent Lepore, two common critics of the city and its administration, said that declaring it an official holiday and giving most employees a day off cost the taxpayers money, since the employees would still be collecting a salary. “Who’s going to pay for this lack of production, all the work that doesn’t get done?” Mignoli asked.

Lepore said that if employees were needed that day, they would be able to collect overtime, an extra cost to the city.

City CFO Michael Martin said he did not have the numbers for the total salary of a day of work for employees. He did note that police and firefighters who worked on Juneteenth would not get overtime, as their contracts include working holidays.

Lepore asked if the city was required to make this a holiday to comply with some state law, and was told it did not, but this was a decision of the mayor and council.

“As much as the holiday can be appreciated and respected, we all must keep in mind today,l the taxpayers not only in Long Branch but in New Jersey, are the modern day slaves,” Lepore said.

Later in the meeting, Dangler, who is the president for the Greater Long Branch NAACP, said he believes everyone has a right to their opinion, but he found that statement offensive.

“To belittle what slavery has done to African Americans, what it has done to our families, our ancestors, that is not acceptable,” Dangler said. “Let’s not make jokes about slavery.”

Being enslaved meant that families could be torn apart, that children could see their mothers raped or their fathers whipped, Dangler said. It meant that people could be whipped for reading, since literacy was forbidden to them.

Dangler said that he did not propose making Juneteenth a city holiday; other members of the governing body first suggested it. However, he supported the decision, saying it was important to educate the public.

“We were not taught this in high school,” Dangler said. “My ancestors had to teach me this.”

“I’m very proud we, electively, feel Juneteenth is important to talk about and to celebrate,” Mayor John Pallone said.

At the meeting, council passed a resolution recognizing June as LGBTQ+ Pride Month in Long Branch.

On Sunday, the city raised a pride flag in West End Park to acknowledge the importance of the month.

Voogt, who said the flag raising was a beautiful event and felt very meaningful, read part of the resolution, which notes that, “while our city, state and nation have come a long way in our journey toward dignity, understanding, acceptance, inclusive and mutual respect for all, we still have a long way to go in eradicating the prejudice and discrimination that LGBTQ+ people face every day.”

Pallone noted that week also included the raising of a Portuguese flag.

“We’re all about being inclusive and diversity,” he said.