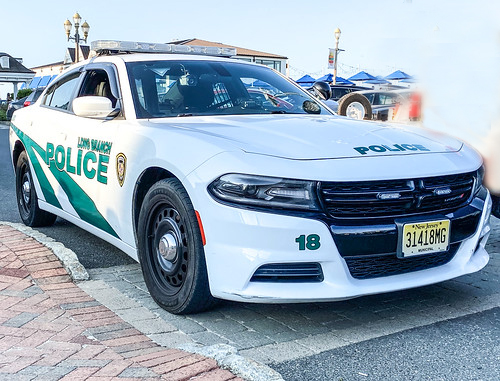 Police expect more in future, say fireworks should be postponed

By Neil Schulman, Long Branch — Police were thanked for the job they did handling the unexpectedly large crowds that showed up for an unauthorized beach party at Pier Village on June 19, but more work is needed to handle future situations. The city is also planning on changing the dates for the annual fireworks display, as a similar party is expected at that time.

At the June 23 City Council meeting, Public Safety Director Domingos Saldida described what had happened last Friday, in a situation which resulted in four arrests for disorderly persons charges. Several residents and others also had comments, ranging from thanks to the police to concerns about the situation and the future.

According to a letter from Long Branch Watchdogs Facebook group administrator Patty Verrochi read at the meeting, their group had seen a social media post about the party planned on June 9, and forwarded it to the police. The morning of June 10, Saldida acknowledged they had received it and were aware of the situation.

Saldida said that the post was on Tik Tok, a social media platform frequently used by young generations. It said that people wanted to have a “beach party” near Pier Village on June 19.  Normally, a beach party requires permits. “No one ever applied. It wasn’t a planned event,” Saldida said.

In recent years, this has become a common use of social media. “They are attempting to start parties on beaches across the oceanfront in New Jersey, and we were one of the destinations,” he said. There’s a long history of similar flash parties, and police arranged to keep an eye on the situation.

“We put extra patrols out there and we felt we had enough people there with the 100 or 200 people we expected to show up,” Saldida said. Instead, thousands turned up.

The event started out as dancing on the beach, but police observed drinking taking place, which is not allowed, especially when an event is being held without a permit. Police decided that they had to clear everyone from the beach. But as they were trying to get people off the beaches, more were coming in for the party, having taken NJ Transit to get to Long Branch.

Additional police were called in.

The scene got chaotic. Videos posted online showed people dancing on a car in the Pier Village parking area. Businesses locked their doors to keep people out, which resulted in some people being stuck inside. One video posted appeared to show a woman being attacked by some young men. Saldida said Wednesday he did not know her condition, or if she had asked for a report to be filed.

Saldida saidLong Branch police are used to managing large crowds, due to handling events like Oceanfest and the New Jersey Marathon on a regular basis, and receive training dealing with crowds.

The only unexpected expense for the day appears to be 5-7 hours of overtime for the extra officers who needed to be called in.

The event worried many people. Verrochi said that her group got messages from panicked people trapped in the Pier Village buildings. And they had heard that the streets were so thronged that if a fire had started, the fire department couldn’t have gotten in.

“This overwhelming situation is the sort of thing which requires rethinking the design of Pier Village,” she wrote.

Saldida said that while the situation was controlled with no major incidents” and he believes the police did a good job, there is still room for improvement. “Can we do better? Absolutely.”

And it may be needed. More of these parties have been announced on Tik Tok.

What it was not

While there were heavy, unexpected crowds, police are not using the word “riot.” City attorney Louis Rainone said that what happened there does not meet the legal definition of a riot, and an investigation by Monmouth County Prosecutors agrees with that.

City resident David Allen Brown said he appreciated this. Because the event took place on June 19 — which is also the date that Juneteenth, marking the end of slavery in America, is celebrated— and many of the party goers were African American, he said that he’s heard it called a riot too often.

The activity on the beach “had nothing to do with Juneteenth,” Brown said. “We’ve got some ignorant folks. It was not a riot… every time black folks get together and do things it’s called a riot,” he said.

Brown said that he has worked with the Department of Justice on actual riots, which are very different than this.

He echoed Saldida’s view that things were well handled, but there was room for improvemnt.

“We need to talk about police training and some other things dealing with our community,” Brown said.

City resident Lillian Grauman, who has had decades of experience in crowd management, also said that there was some room for improvement. Several residents had reached out to her for due to her experience.

Because posts on Tik Tok have been calling for another beach party on July 4, Saldida has recommended changing the date the fireworks are scheduled. Police would have difficulty handling a crowd the size of last week’s as well as the expected crowds for the fireworks.

“I felt, and my personell in the police department felt, it was a situation that could become very serious,” he said.

A new date for the fireworks will be announced.

Brown said that he feels this is a mistake,  and winds up punishing Long Branch residents.

“The fireworks have nothing to do with the pandemic or the popups, and I think you do an injustice to the taxpayers of Long Branch by cancelling the fireworks.”