Ensuring Veterans Participate in the Freedoms They Fought to Protect 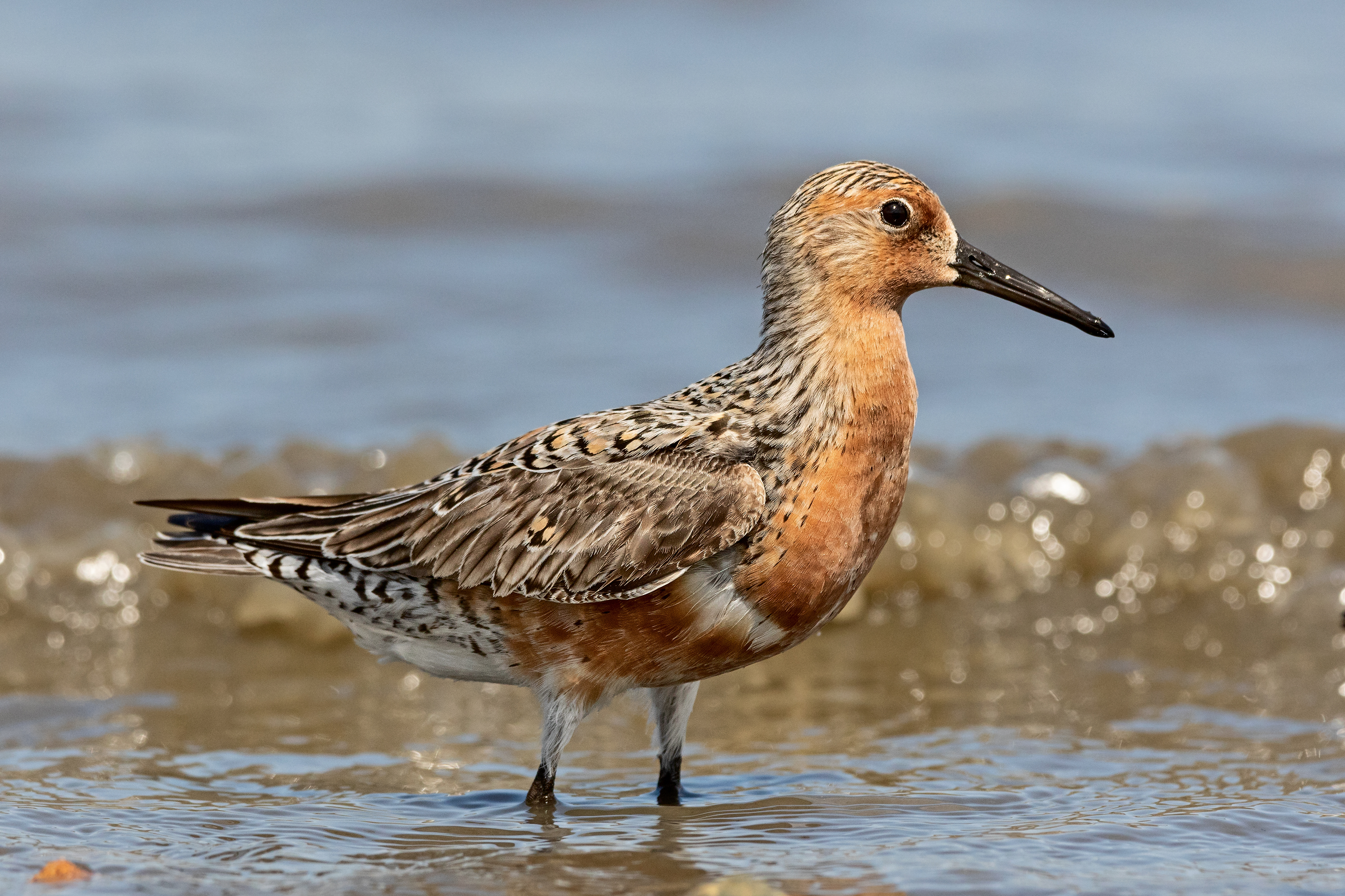 They may be nature’s ultimate odd couple: the red knot, a sandpiper known for its extreme long-distance migration, and the horseshoe crab, a “living fossil” with a helmet-like shell and spiky tail. The red knot is utterly dependent on the horseshoe crab for its survival.

Each spring for millennia, red knots have migrated from the southern tip of South America to their breeding grounds in the Arctic tundra, a 10,000-mile journey. To make it through this epic journey, red knots stop to refuel along Delaware Bayshore beaches in New Jersey, where they gorge on nutrient-rich horseshoe crab eggs to gain the weight needed for the final leg of their trip.

But today, Bayshore beaches that once brimmed with horseshoe crab eggs now have far fewer eggs for the red knots,  due to decades of horseshoe crab overharvesting. Weak and hungry red knots may not make it to the Arctic to reproduce – putting them on the path toward extinction.

This may be happening right now, as this year’s spring count of red knots along the Delaware Bayshore is the lowest on record. Only 6,880 were spotted, a mere fraction of the 90,000 individuals counted at the Bayshore in the 1980s, before the horseshoe crab overharvesting began.

It’s a distressing blow! Decades of work have been invested toward the survival of red knots, including restoration of Bayshore beaches to increase horseshoe crab spawning, and advocacy for stronger horseshoe crab protections.

“The numbers are very disheartening after so many years of working so hard,” said Tim Dillingham, executive director of the American Littoral Society, a Sandy Hook-based nonprofit that works to protect marine environments.

“We’re still trying to figure out what happened this year,” said Larry Niles, a biologist who researches red knots and horseshoe crabs.

Prior to the 1990s, female horseshoe crabs came ashore in such abundance that they would dig up each other’s eggs on the beaches. That made for easy pickings for red knots and other shorebirds as they feasted on the dug-up eggs.

Horseshoe crab harvesting exploded in the 1990s, from an annual harvest of 100,000 in 1991 to 2.5 million by 1998. The reduced breeding population caused horseshoe crab numbers to crash. In turn, the red knot population plummeted.

Thanks to New Jersey’s 2008 moratorium on horseshoe crab harvesting, the crab population seemed to be rebounding as of a few years ago. Red knots followed. More than 30,000 red knots were counted on the Bayshore in 2018 and 2019 – up from the previous low of about 13,000 birds in the mid-2000s.

But in 2020, unusually cold water delayed the horseshoe crab spawning season by two weeks, resulting in even less food for red knots. This caused a high mortality rate among the shorebirds, and possibly a change in their migration patterns.

“If birds come to the Delaware Bay and there are no eggs,” said Niles, “they’ll bypass the bay the following year.” This year’s low red knot count may be the result of many shorebirds looking for horseshoe crab eggs elsewhere.

Whatever the explanation, it’s clear to Niles that more must be done to increase the Delaware Bayshore’s breeding population of female horseshoe crabs.

Horseshoe crabs are in demand as bait for commercial fisheries, and for pharmaceutical use. Their blood contains the chemical lysate, also known as LAL, which is used in medical testing. Mature female crabs are larger than males, so they are the most valuable for bait and blood.

Although New Jersey bans the harvest of horseshoe crabs within state-controlled waters (three miles or less from the shoreline), there are no limits beyond the three-mile mark.  As a result, trawlers from many nearby states capture horseshoe crabs off the New Jersey coast.

A synthetic alternative to lysate is available, so there’s no medical need to continue bleeding horseshoe crabs – a procedure that can kill them if too much blood is taken.

Niles also believes there’s a cause-and-effect relationship between the drop in horseshoe crabs and the reduced number of weakfish in Delaware Bay. Weakfish feed on baby horseshoe crabs, as do other fish species like striped bass.

An organization called the Horseshoe Crab Recovery Coalition has been formed to try to stop the harvesting of horseshoe crabs. The coalition is made up of organizations up and down the Atlantic coast that understand the critical role horseshoe crabs play in the marine ecosystem.

To join the coalition or get more information on horseshoe crabs, go to https://hscrabrecovery.org/.

And to learn more about preserving New Jersey’s land and natural resources, visit the New Jersey Conservation Foundation website at www.njconservation.org or contact me at [email protected].