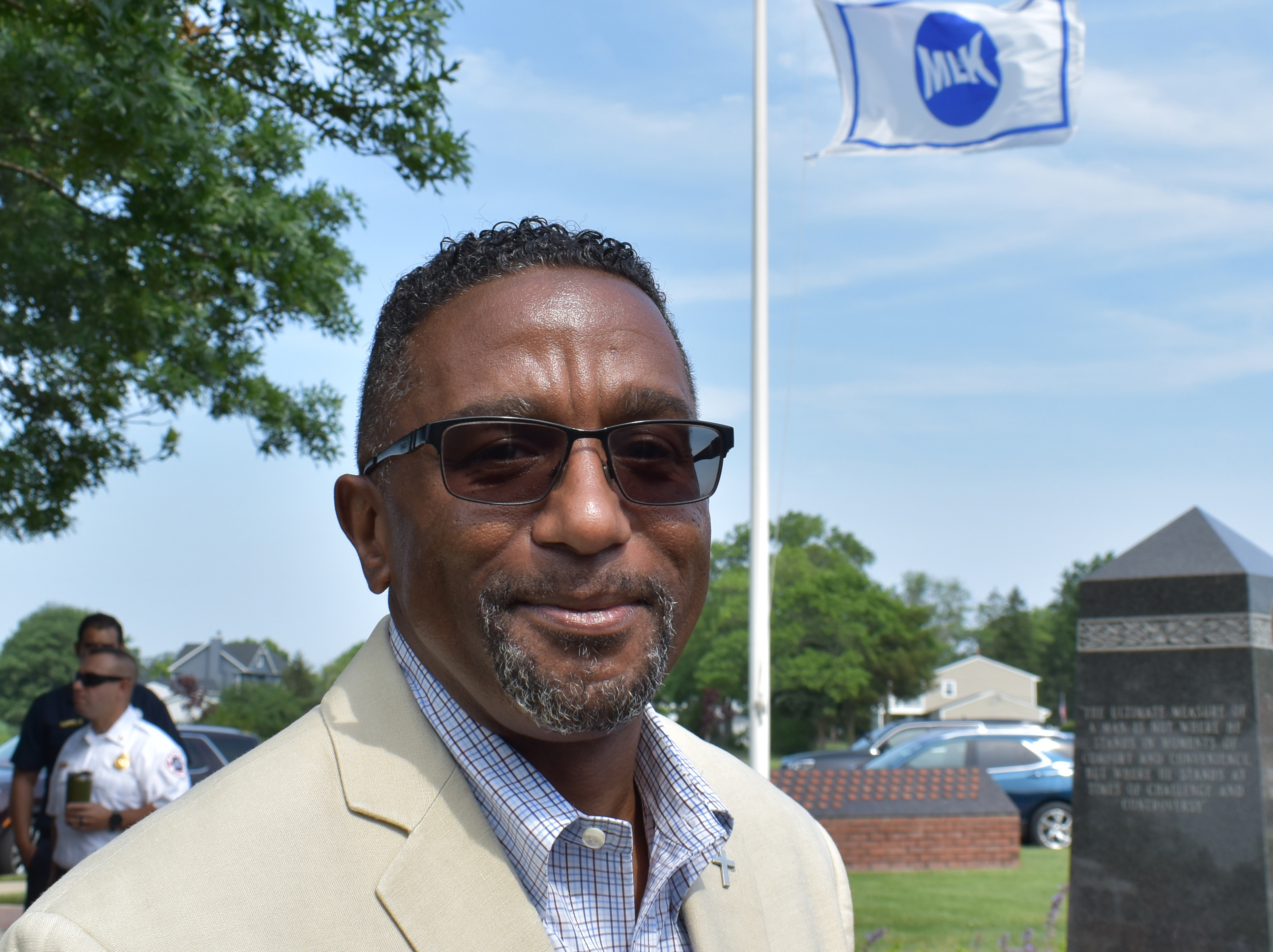 Long Branch — David G. Brown II is a familiar sight in Long Branch. He serves on the Planning Board. He’s chair of the city’s Dr. Martin Luther King Jr. Guild. He’s a lifelong member and on the board of trustees of Second Baptist Church.

Expect to see him a lot in Ocean Township too, where he’s just become the new Business Administrator for the town.

Brown brings over 20 years of experience with municipal government to the job.

His father, David G. Brown, served on the Long Branch Planning Board and later as a city councilman. That inspired his son to get interested in government, and he earned his Masters in Administration then went on to work for cities around the state, in economic development and administration.

Ocean Mayor Chris Sicliano said that he was happy to have Brown in the role. “Dave has many years of municipal experience and we welcome his vast knowledge and steady hand at the helm.”

Things are busy in Ocean Township, which has been operating with an interim administrator for six months.

“The number one issue walking in the door is code enforcement,” Brown said. He’s had calls and complaints about the condition of commercial properties, broken fences and other code enforcement issues. He’s working on making the process easier and more effective.

He’s also taken a look at some areas with heavy flooding, an ongoing issue in the town, not helped by the heavy rains last week. Ocean Township has an unique water table, which needs to be taken into account to address that.

Brown has also begun work on office space utilization. “We have a lot of property and buildings the township has bought,” he said. Ocean should be taking this new space into account with its office design.

Brown is a hands-on administrator who plans to reach out and get involved. He is contacting the Greater Ocean Township Chamber of Commerce. He also plans to get involved with residential organizations and their concerns, and has been made aware of the many “traffic issues” with the Asbury Circle, especially with the plans to turn  the former Coca Cola factory in the area into stores and restaurants.

He wants to get out into the community, and not just be the sort of administrator who sits behind a desk. “Just showing up at someone’s door” can send a message that you care about their problems and are working to fix them, Brown said.

And he says it’s nice to work in a town so close to home instead of halfway across the state. “I actually make it to some of my daughter’s lacrosse games,” he said.