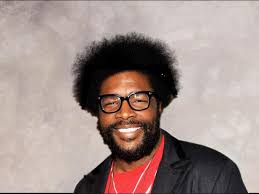 Our State of Mind by Robin Martin – First time director Ahmir ‘Questlove’ Thompson, member of  The Roots, Jimmy Fallon’s band on the Tonight Show has made his debut.

Some long-lost film quietly, obscurely sat in a basement, alone and abandoned. History sitting in a basement for 50 years. Black music history stored not in a bottle, but stored in a basement, has been released, Questlove the Genie.

With interviews weaved in of Marilyn McCoo and Billy Davis of the Fifth Dimension, Sheila E. and more, couched in footage of the Black Panthers serving their community in Oakland, CA. Civil rights protests against police brutality, Red Summer footage of rebellions against the distaste and disgust of the social, economic, and political injustices experienced by African Americans in America.

Reminders of the assassinations of several leaders in the sixties and the sorrow and pain that followed. You feel in when Mahalia and Mavis Staples perform a duet of Precious Lord.

At Mt. Morris Park, Harlem, NY on a hot summer Sunday in 1969 several Motown groups, jazz, Afro-Cuban, Latin performers came to perform. Not only performed, some espoused the history of Afro-Cuban, Latin, and Puerto Rican music, the connection the cultures share in creating music.

Stevie Wonder, the first performer, dressed in a gold shirt with ruffles and brown jacket as he sang and played drums, piano, and harmonica. Also, with a strange encounter included at the end of film?

Performances by R&B performers and gospel groups was a joy to hear and see.

David Ruffin performed, hitting falsetto notes that stirred the crowd. The Chambers Brothers, Gladys Knight and the Pips, Sly and the Family Stone, and the Fifth Dimension.

In paradox, thousands of Blacks at an outdoor concert the same weekend the U.S. lands a man on the moon!

Mayor of New York City from 1966 to 1973, John Lindsay along with Maxwell House Coffee sponsored the outdoor festival with Tony Lawrence as the host.