NJ Rep Presents Portrait of a Woman in Repose – HELD OVER! 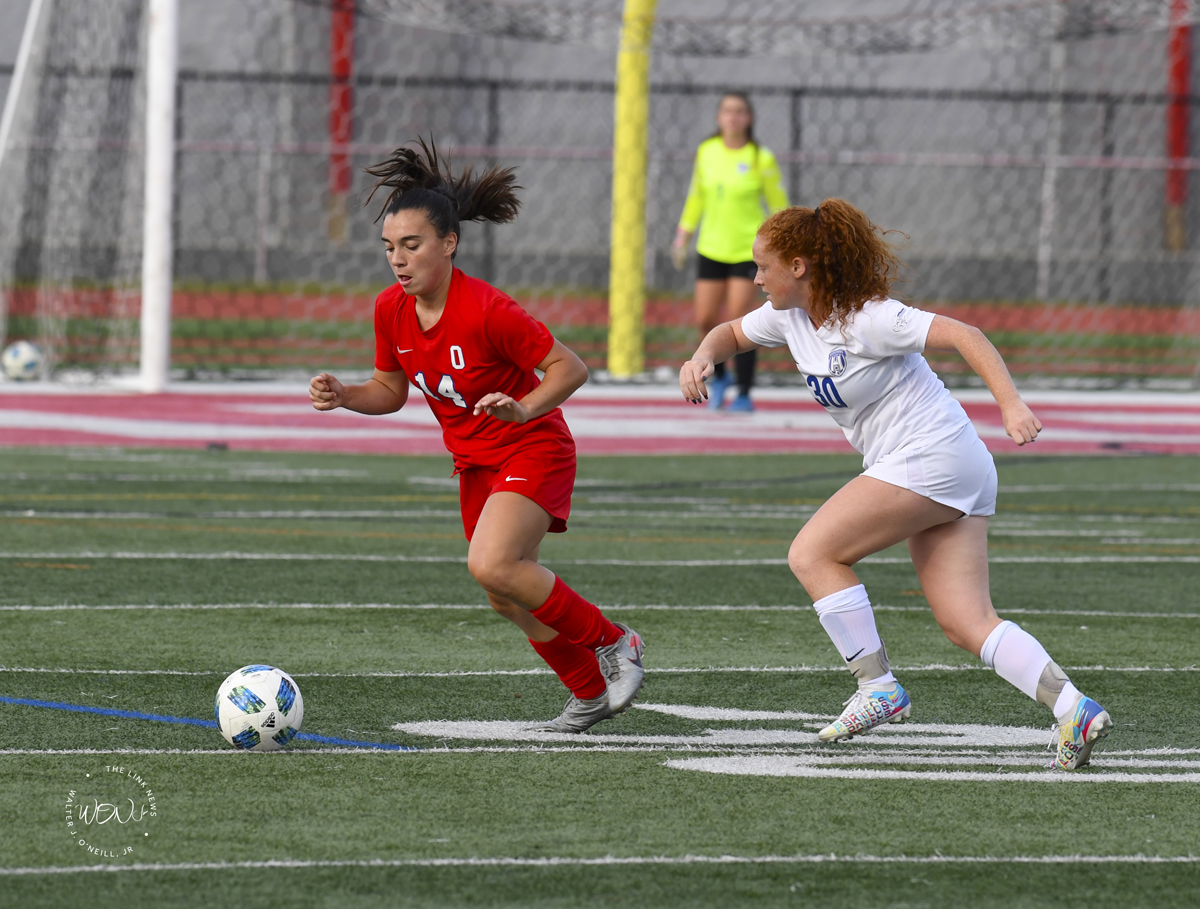 Holmdel High School girls soccer team is undefeated and ranked number one in the Shore Conference ranked as one of the top teams in the state. September 21, the Hornets were in Ocean Township beating the Spartans 4-1. The two play in the A-Central division.

All the goals were scored in the first half of action. Scoring for the Hornets was Taylor Bielan with two goals and assisted on another. Katie Vassilakos had one goal and two assists while Nicole Worobel had one goal. In the net for Holmdel was Hailey Sharpe who made four saves.

The lone Spartan goal was scored by Abigail Desmarais, junior midfielder, off an assist from Alex Foley, freshman midfielder. Getting lots of action in the goal for Ocean was junior Juliet Nies, who made six saves.

Ocean’s defense was very active during the game as Holmdel was constantly pushing hard at the Spartan goal. In the A-Division, Holmdel is on top with a 6-0 record and are 7-0 overall. They have scored a total of 30 goals and only allowed three so far this season.

Red Bank Catholic is in second place with a 4-2-1 records and have outscored their opponents 13-7. Shore Blue Devils are in third place with a 6-1-2 record. They have scored 20 goals and given up four. Ocean is in fourth at 4-4 and scored 18 goals and allowed 21. Rumson Fair-Haven is in sixth followed by Raritan and Monmouth Regional at 3-7 is in last place.

There are only four games remaining in the season for Ocean. October 1 they are in Matawan, October 5 they host Red Bank Catholic at 6:30 p.m. The last two games are on the road. October 7 in Marlboro and two days later in Manasquan.

Click on a photo for the caption. Additional photos will be posted at www.Facebook.com/TheLinkSports