Ahead of Our Time, presented by vegan cookbook author Jesse Novak 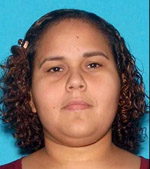 A Long Branch woman has been sentenced to 35 years in state prison for planning and carrying out the sexual assault of a toddler with an accomplice a little more than four years ago, Acting Monmouth County Prosecutor Lori Linskey announced Monday.

Olga Diaz, 35, must serve 33½ years of the sentence before becoming eligible for parole, in accordance with New Jersey’s Jessica Lunsford Act and No Early Release Act, under the terms set down Friday by Monmouth County Superior Court Judge David F. Bauman.

The sentencing marked the culmination of a case developed via joint investigation by the Monmouth County Prosecutor’s Office and Long Branch Police Department, beginning on Friday, June 16, 2017 – when a man walked into city police headquarters to report that he had just witnessed two individuals committing sexual acts upon a child, spotted through a window of a Seaview Avenue apartment unit.

Diaz was arrested later that same day, while pulling out of her driveway. Diaz’s co-defendant, 37-year-old Mauricio Leon of Bloomfield, was located a week later with the assistance of members of the U.S. Marshals Service and arrested in Fort Lee.

During her plea allocution, Diaz admitted that she and Leon planned the sexual attack via text message, further admitting that she took nude photographs of the child the day before the sexual assault and took a separate video of herself sexually assaulting the child hours before the pair sexually assaulted her together – sending both the images and video to Leon using her cell phone.

The text messages, images, and video were recovered by police. The victim, who was under the age of 5 at the time, was known to Diaz.

“The depths of depravity necessary for two people to plan and commit a crime of this nature together against a helpless child are both beyond the capacity of the English language to suitably articulate and beyond the capacity of human comprehension to adequately understand,” Acting Prosecutor Linskey said. “There is no place in any civilized society for anyone capable of such acts.”

Diaz ultimately admitted to two counts of Aggravated Sexual Assault of a Child and one count of Endangering the Welfare of a Child, pleading guilty in April 2021. As a result of Friday’s sentencing – 25 years for the sexual assaults, 10 years for the endangering, to be served consecutively – Diaz will be 64 before becoming eligible for parole. Upon release, she will be required to register under Megan’s Law and placed on Parole Supervision for Life.

Diaz was represented by Al Kapin, Esq., of West Orange.

Leon was represented by Michael Kuhns, Esq., of Lawrenceville.