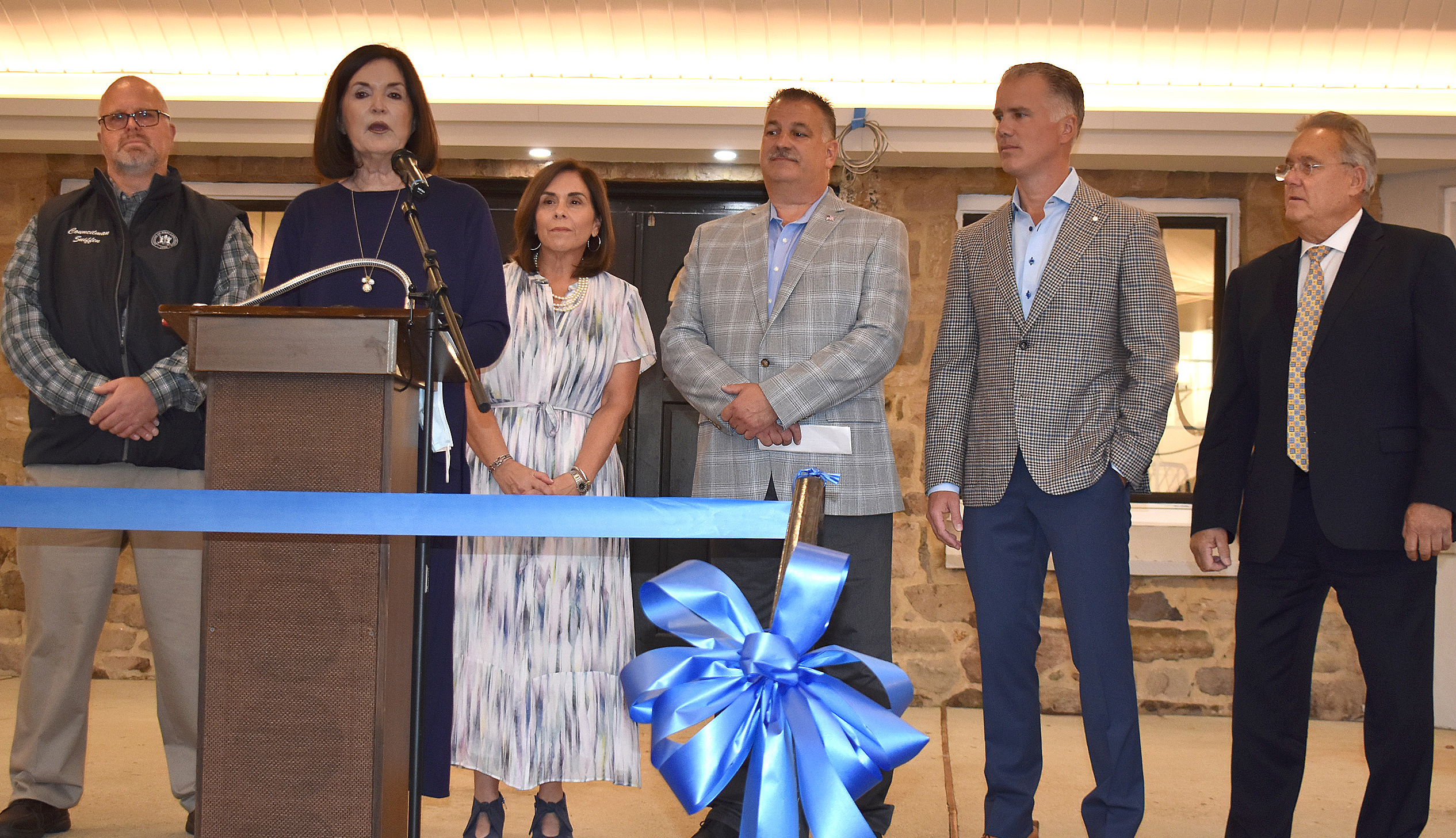 The grand opening of the newly renovated West Long Branch Community Center was held Friday night with Mayor Janet Tucci leading the celebration, along with council, residents and accompanied by a champagne toast.

“I would like to welcome everyone to this auspicious occasion,” Mayor Tucci said. She spoke about people whose parents worked at the original establishment when is was the Norwood Country Club.  The club, which was a golf course, included all the surrounding homes up to Oakwood Ave. and Peter Cooper Village. The club went out of business, stood dormant for over 10 years and then was purchased by the Lion’s Club in 1953. They spent three months remodeling the building and after it was formally charted as the WLBCC, it was handed over to the community.

“The present board members of the CC will partner with our governing body to provide our residents the privilege of enjoying this newly renovated, beautiful facility,” Tucci said after calling up Council members Matthew Sniffen, MaryLynn Mango, Christopher Neyhart, Stephen Bray and John Penta. “We are all looking forward to the future,” she said.

Rooms were added to the main building over the years which housed the police station, borough hall and library which were all moved to a new location on Broadway. The borough took over the club in 2019, which up until then had been a private entity.

Councilman Neyhart spoke about his memories of the community center, going to the Norwood Room for preschool, attending many WLB affairs and proposing to his wife Andrea on the grounds. He spoke about past president of the WLBCC, Gene Van Brunt, and how they have renamed the newly renovated Norwood Room after him. Gene passed away in 2017.

“This is a beautiful renovation and home for the West Long Branch community,” Neyhart said. “I hope everyone and their families will enjoy it for years to come.”

Champagne being poured for a toast

Gift baskets were auctioned off as a fundraiser