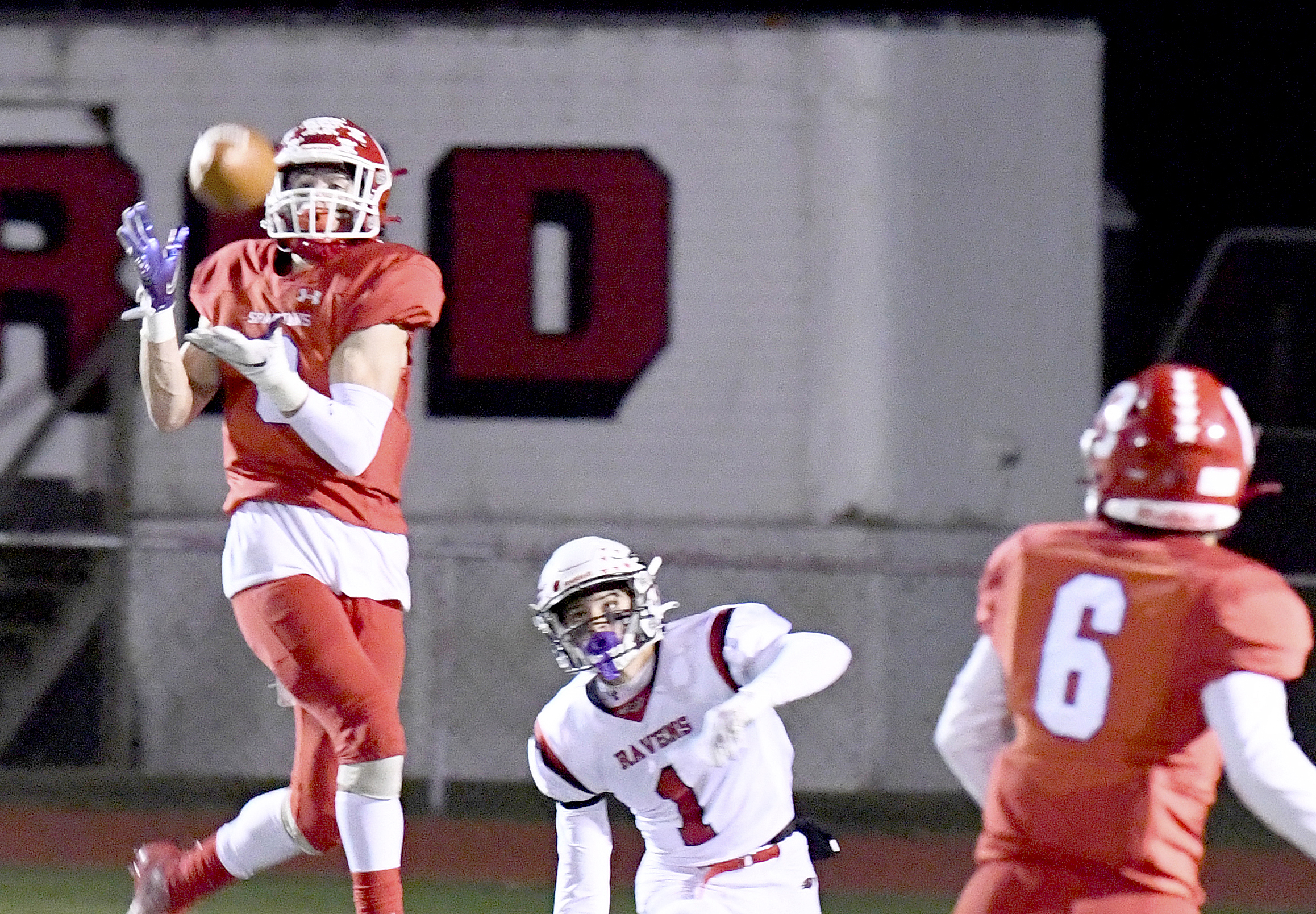 By Walter J. O’Neill, Jr.
November 4, 2021
It was only three years ago that the Spartans of Ocean Township finished their football season with a nearly perfect 8-1 record. Since that great season, Ocean has gone 5-11, with a 3-3 record in 2020 and finishing 2-8 this year.

This had to be a very frustrating season for Don Klein, who just finished his 15th year as head coach. The first two games of the season had the Spartans losing 28-27 to Matawan to start and then a 24-20 loss to Raritan. They then suffered five losses being outscored 147-31.

Many high school football programs award helmet stickers for big plays, touchdowns, and defensive stands. Ocean only awards stickers if the team wins, and six games into the 2021 season Spartan helmets were sticker free. Something that was very unusual for a school with a rich history in football.

October 22, the Spartans traveled to Neptune High School and shutout the Fliers 28-0, earning their first stickers of the season. One week later, they hosted Brick Memorial and lost 37-14.

The final game of the season was on Thursday night, November 4, when they hosted Robbinsville in a NJSIAA crossover consolation game. The Ravens entered the game with a winning 5-3 record, taking on the 1-8 Spartans.

On their very first offensive series, Tyler Douglas, junior quarterback, ran through the Robbinsville defense and scored on a 20-yard run. The extra point was good and Ocean had a fast 7-0 lead.

Ravens came right back on their first series. They scored on a 75-yard pass play and the game was even at 7. And that is how the first quarter ended. The second quarter was scoreless, however you could see that Douglas was getting his legs underneath him and was gaining ground on almost all his runs. Douglas had not attempted a single pass during the first half, having injured his shoulder in the loss to Brick Memorial.

With 4:38 left in the third quarter, Douglas ran in the second touchdown of the game for the Spartans. This was a 24-yard score and they were up 14-7.

In the fourth quarter, with 9:30 to play, Douglas had another 20-yard run for his third touchdown and hat trick of the night. Ocean took the 21-7 victory and improved to 2-8 on the season. Klein had a frustrating year, but will have 10 junior, 13 sophomores and 25 freshman returning next year.

Please click on the photo for the caption.
Visit www.Facebook.com/TheLinkSports for additional photos