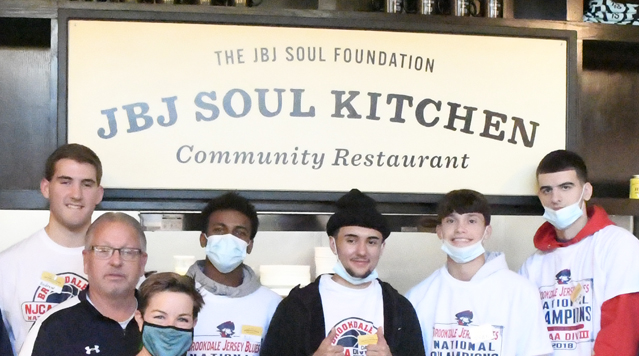 Lou Morreale, general manager at the JBJ Soul Kitchen and good friend of Bon Jovi, said that Jon and his wife Dorothea, are very caring and generous people who are constantly giving their time, money and efforts into helping those in need.

“We were thrilled and extremely humbled that Bon Jovi and his foundation thought of our student athletes at Brookdale Community College,” said Paul Cisek, head coach of the men’s basketball team. Cisek has had an amazing career at Brookdale where his team won a national championship and he was named NJCAA Coach of the Year. Wanting to show their appreciation for the jackets, Cisek, his coaching staff and players, volunteered to help as servers at the JBJ Soul Kitchen located in Red Bank. 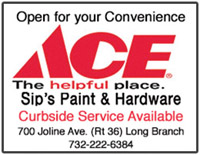 The Soul Kitchen is a non-profit community restaurant, run by the Jon Bon Jovi Soul Foundation. “Everyone is welcome here to enjoy a meal with us, regardless of their ability to pay,” said Morreale. Guests are treated to a healthy three-course meal. “Some people are having financial difficulty, some just have issues with life, and others just need a warm meal, are all invited to eat here.” Those who are able to pay are asked to make a donation of $20 for the brunch and if you go for dinner $30.

“It was a great opportunity for our players to come here and help, and see what it’s like for those who are less fortunate. It was also an educational experience for them to see how those who are fortunate can give back,” said Cisek. “I thought it would be a great opportunity for our players to team-up with JBJ Soul Kitchen. So we are here to serve, clean tables, wash dishes and do whatever they need,” he said.

Hope is delicious, that’s the phrase that the JBJ Soul Kitchen staff live by. However, providing delicious and nutritious food is not all they do. “Nicole Dorrity is our community coordinator, who not only provides a compassionate ear, but is able to help arrange services for those in need,” said Morreale.

Dorrity stated that she knows what it’s like to feel hopeless and battling substance abuse. “I had my own demons that I had to battle for years. From alcohol to drugs, I was at the bottom. My family was very supportive and helped me win my battles,” said Dorrity. After getting clean, she went back to school to earn a degree and is now a social worker. “Some of our customers need someone they can talk with and don’t know where they can go for additional services. We are here to help them and do whatever we can.”

Morreale and Dorrity put the players to work. They assisted in setting up the outside and inside dining areas and they served dinners. After two hours of working, the players and coaches were treated to a delicious meal. “We are staffed by volunteers who want to give back to their community and we are always looking for people to help out,” added Morreale.

Cisek said that he and his players will be back to volunteer again.

If anyone is looking to help the JBJ Soul Kitchen, please visit jbjsoulkitchen.org/volunteer 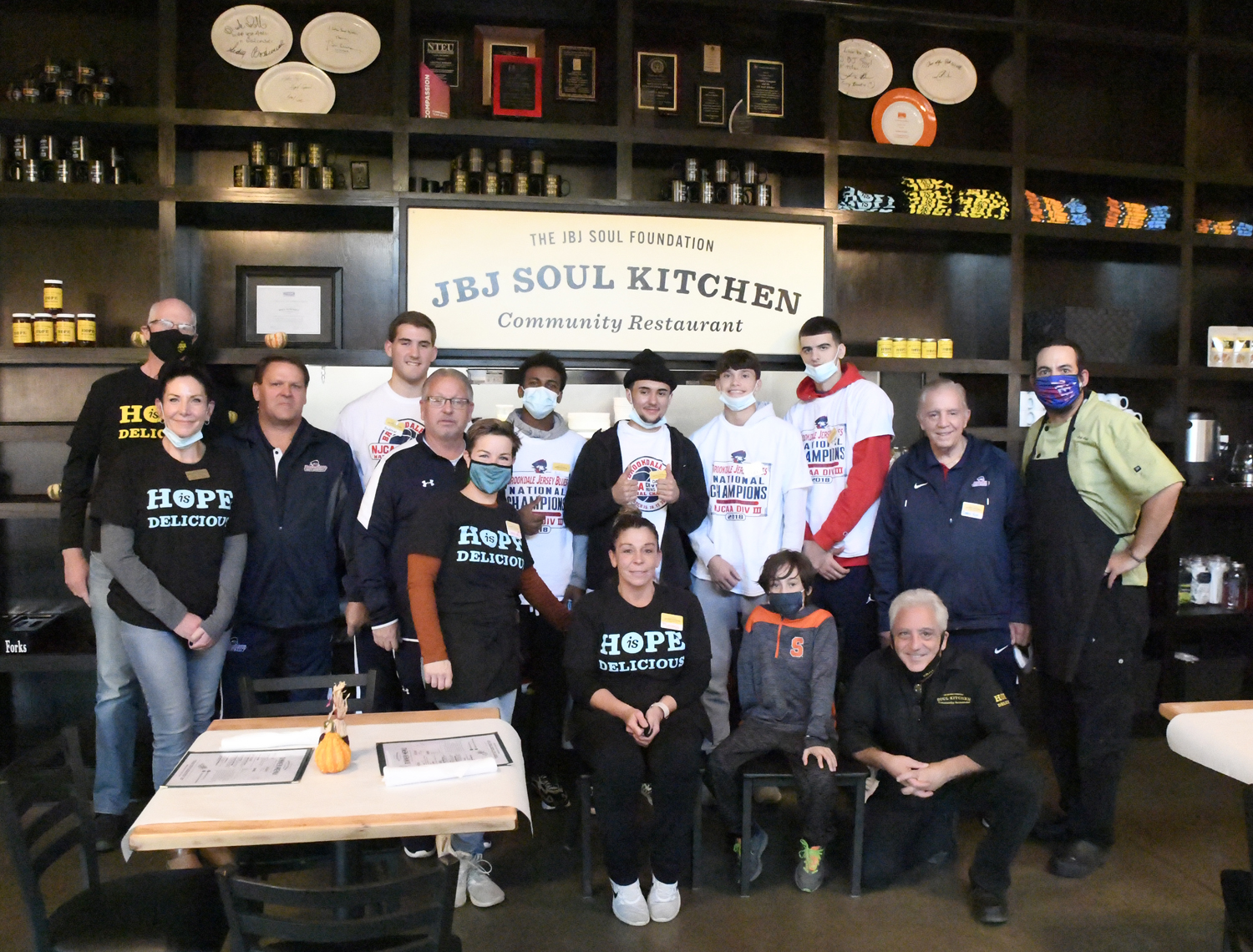