Man arrested in connection with series of bank robberies 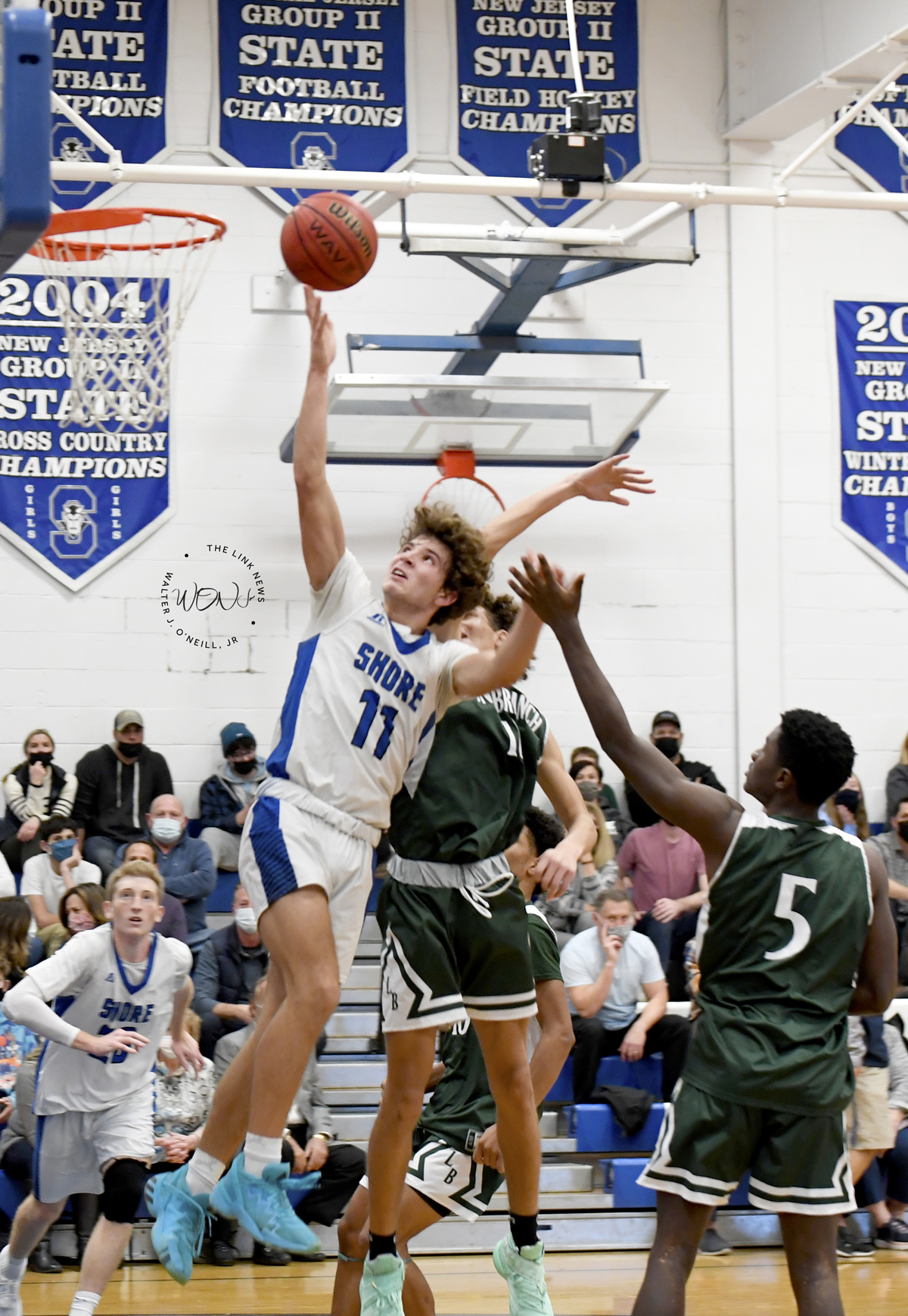 By Walter J. O’Neill, Jr.
December 17, 2021
The Green Wave of Long Branch basketball team started the 2021-2022 season on the road in West Long Branch where they faced the Blue Devils of Shore Regional. It was not one of the prettiest games, but it was exciting as the Blue Devils notched a 37-30 victory.

Erik Mazur is in his fourth season as the head coach at Shore Regional. Last year, playing in the Shore Conference Pod G as a result of the pandemic, the Devils finished 3-3 and were 5-6 overall. Devils had to shut down their program for two weeks after losing to Red Bank Catholic as several players were on the COVID-19 list.

One of the biggest reasons for high school success is size. The Blue Devils have a total of 10 players who are either 6’ or taller. The big men are Aidan O’Brien a 6’4” senior, Jackson Whitacre a 6’3” sophomore and Ritchie Studer a 6’3” junior. Two players who saw lots of action last year are Liam Gajewski, 6’2” junior guard and 6’2” sophomore guard Alex George.

This season the Blue Devils compete in the Shore Conference A Central division. The other teams in this group are Rumson-Fair Haven, Red Bank Catholic, Holmdel, Raritan, and Matawan. The Caseys of RBC and the Bulldogs of RFH are the expected top two teams.

Long Branch has Darnell Tyler returning for his second season as head coach. His team finished 4-9 overall last season and were 2-5 in Pod G. Last year the Green Wave opened with a 7-game losing streak, which had the program losing 27 consecutive games. They finished 1-21 in 2019-2020. That was a big reason for the change in coaching and why Tyler was elevated to the top job last year.

The Wave ended last season on high notes winning four of their last six games. Two wins over the Falcons of Monmouth Regional, one over Asbury Park and the other was a victory over the Blue Devils. Two sparks for the Green Wave were Christian Rodriguez and Bruce Gooding, who return this season.

Rodriguez was the hot man on Friday night in the first quarter against the Blue Devils. He scored 7 of the Long Branch 10 points. Gooding had a 3-point bucket for the Wave in that opening quarter.

Shore Regional also scored 10 points to start the game. Gajewski had 5, Brett Sweeney scored 3 and O’Brien had a basket.

The second quarter was horrible for the Wave as they scored only 2 points on a basket by Rodriguez. He had nine first-half points and would not score again in the game. He fouled out in the second half.

In the third quarter the Blue Devils outscored the Wave 13-10. George had a strong quarter to open the second half hitting three buckets for 6-points, but missed two foul shots. Sweeney had 5 points and Donovan Hughes had 2.

Three players scored for Long Branch in the third quarter. Devin Jones, sophomore, had 4, Jayden Farmer and Gooding each had 2 points.

Long Branch finished the game as they started, with 10 points. However, all those were scored by Gooding who finished with a game-high 15.

Shore Regional had two players score in the final quarter. George and O’Brien each had 2 points. It was enough as the Blue Devils took a 37-30 win. Both George and Sweeney were high scorers for the Blue Devils with 13 points each.