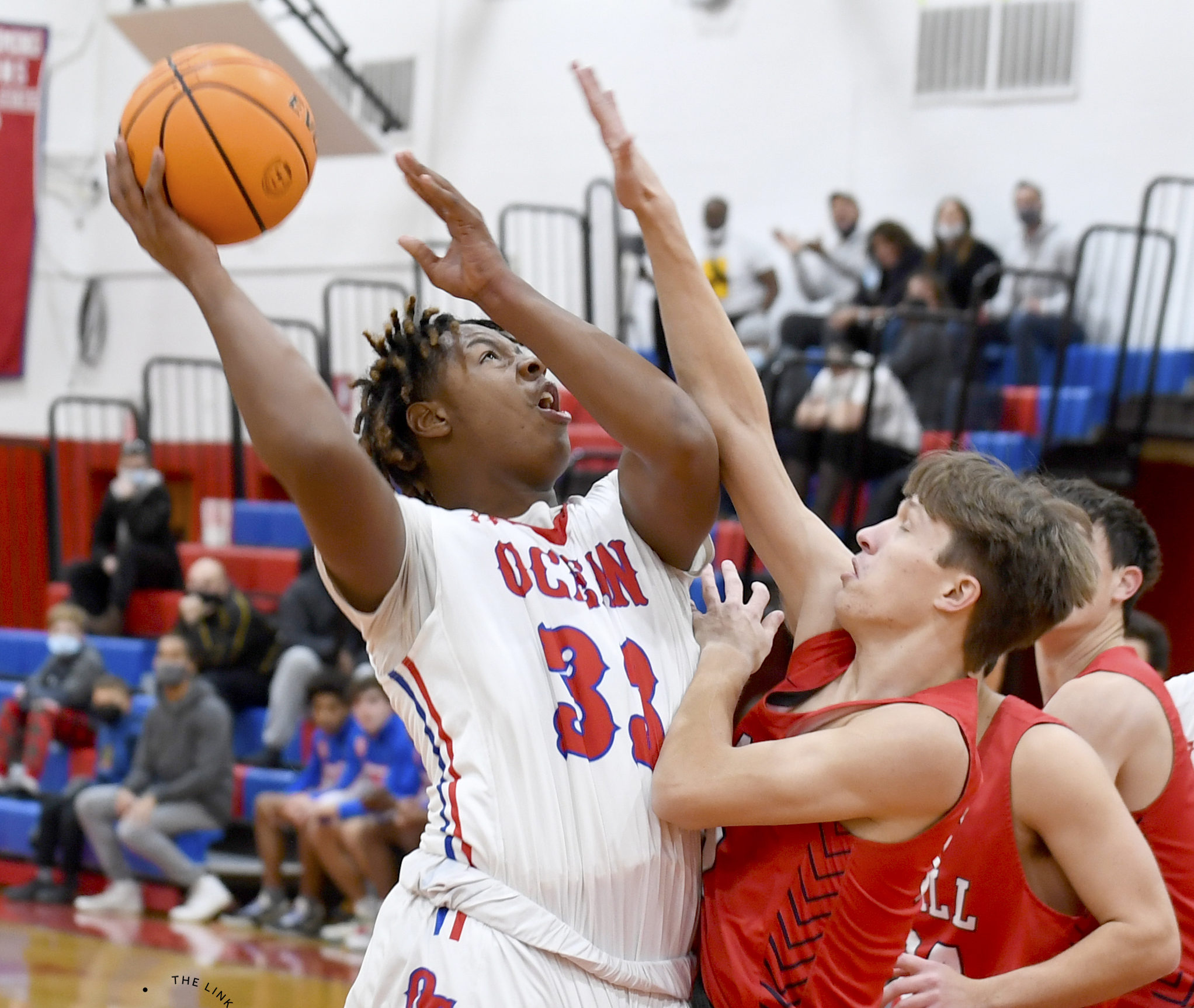 By Walter J. O’Neill, Jr
December 20, 2021
The 2021-2022 home basketball season tipped off on Monday night at Ocean Township High School where three out of the starting five on the boys squad were all freshman. Those youngsters help lead the Spartans to a 52-35 win over Wall Township.

Not a single person we spoke with can remember so many underclassman starting for the Spartans. Ryan Pringle, in his second season as head coach finished 7-8 last year in the modified Shore Conference Pod play. He said that he had to replace his entire starting line-up from last year. “We are young and we will take a few lumps, but these freshmen have the potential to be very good,” said Pringle.

Last year, The Link News did an in-depth story on Dean as an eighth grade hoops star (Zayier Dean focused on his basketball career | The Link News) who stated that his dream was to make it into the NBA. During the game Dean never looked like an inexperienced varsity player. He took charge of the ball and pushed the offense. Richardson was a big body under the boards and was able to battle with the experienced Crimson Knight players.

During the first quarter, Ocean opened with a 16-12 lead. Dean had 10 of the Spartan points, McMahon added four and Richardson scored two. The second quarter the Ocean defense held Wall to only six points while they added 12 more to their total. Brawer had five of those, Devon Simms scored four, Dean had two and Richardson made one of two foul shots. Going into the halftime break, Ocean had a 28-18 advantage.

In the second half of action the Spartans held Wall to single digits in both the third and fourth quarters. Ocean bested the Crimson Knights 12-9 in the third and 12-6 in the fourth. Dean led all Spartans with 16 points, McMahon finished with 12, Richardson scored 10.

Click on the photo for the caption. Additional photos will be posted at www.Facebook.com/TheLinkSports