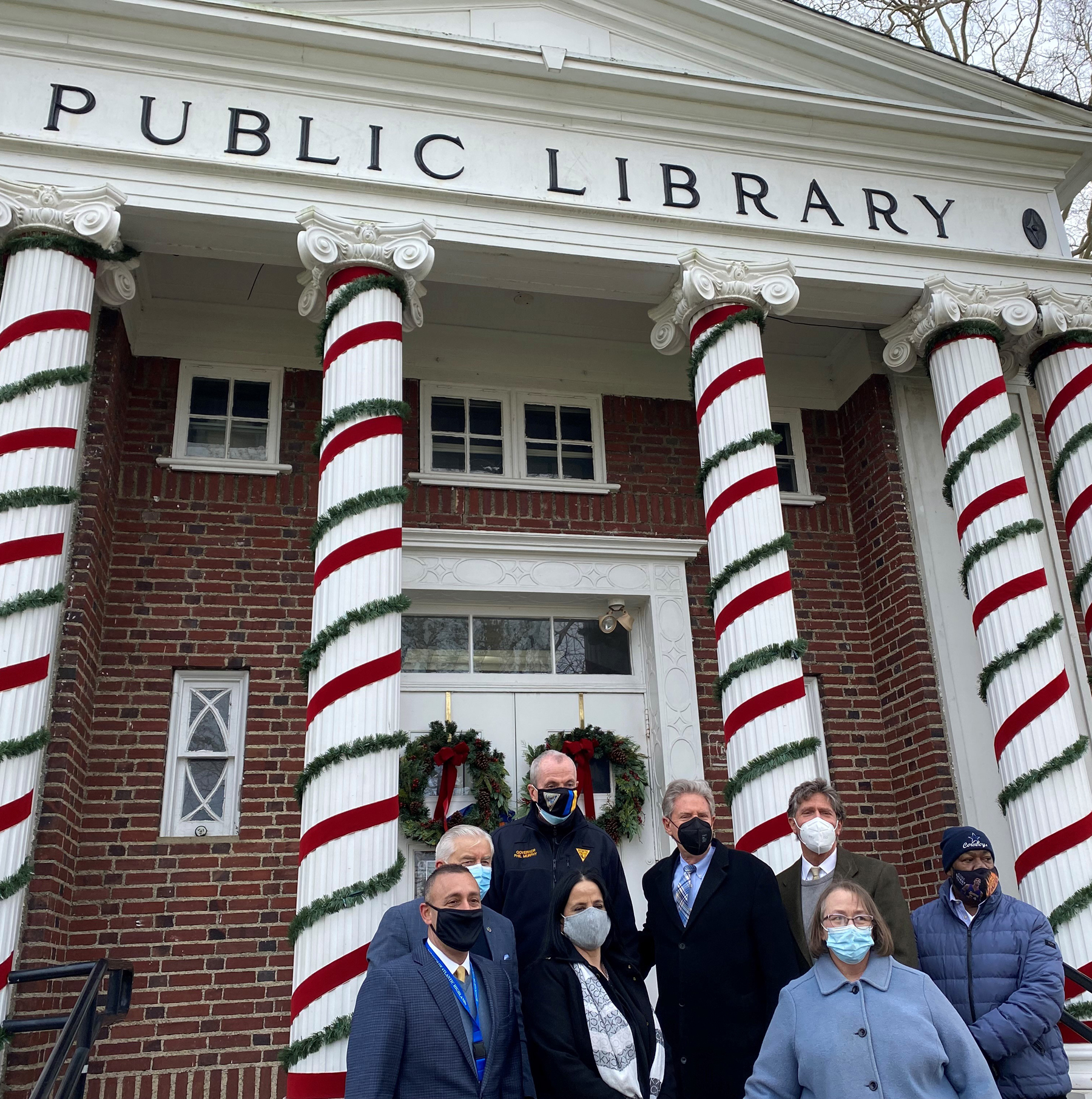 LONG BRANCH – Governor Murphy visited Long Branch today to announce the second round of funding for the Library Construction Bond Act at the Long Branch Free Public Library. This was a competitive grant with Long Branch receiv the fourth largest amount in the state.

Long Branch Mayor John Pallone and Library Director Tonya Garcia spoke about how the city has been awarded a $3.1 million dollar matching grant from the NJ Library Construction Bond Act.

“We thank Governor Murphy for making this announcement here in Long Branch and for supporting and investing in our library,” Mayor John Pallone stated. “This announcement today will transform libraries for generations to come.”

The Long Branch Free Public Library is one of 36 historical and original Carnegie libraries built in New Jersey.

“In 1919, the Long Branch Free Public Library was said to be the last Carnegie library in the country built with funds awarded by a grant from Andrew Carnegie and the Carnegie foundation,” Library Director Tonya Garcia said. “We look forward to a newly renovated building that will allow us to expand in ways never imagined.”

More about the project: This project will renovate and restore the 23,500 square foot Carnegie Library that will include a business and career center, local history room, additional reading spaces, and new teen area. Improvements will also be made to fully reclaim the lower level, which suffered water damage during past catastrophic storms. These improvements include a new HVAC system, waterproofing, and a new emergency generator. Two levels of the building will be renovated, with an open floor plan, new furniture, and ADA compliance.