You Have the Power to Save Lives! IAATO & GOTCC Blood Drive 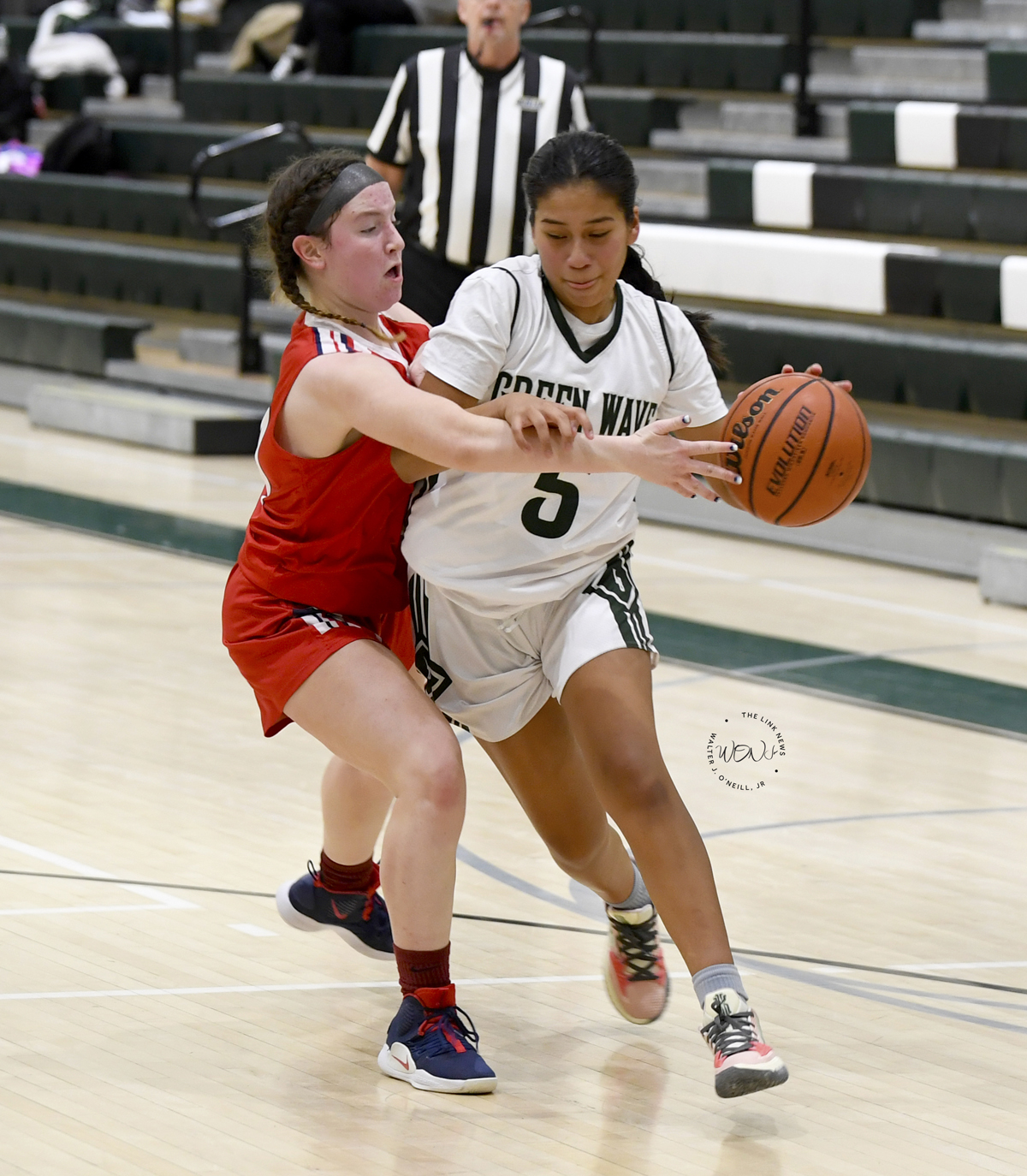 By Walter J. O’Neill, Jr.
January 4, 2022
Four days into the new year is when the Lady Wave of Long Branch High School tipped off their home court basketball games. They hosted and beat Manalapan 43-33 and looked very impressive during the victory.

Shannon Coyle is in her tenth year as the head coach of the Long Branch girls’ varsity basketball program. A decade ago she took over a program that struggled to get a single victory in a season, and now she is close to her 100th career win as a head coach. You would think that 10 wins a season is not such a big deal, however, the Green Wave have always been in the most competitive divisions within the Shore Conference. Coyle is known for developing strong fundamentals in her players and recruiting girls into the program.

During the Manalapan game only one senior, Sophia Hepburn, started for the Green Wave. Her strength is her defensive abilities, as she swarms her opponents and has tremendous speed. Also starting was Mya Hepburn, Sophia’s little sister who is a junior. Mya’s  strength is her offensive skills, where she can drive to the hoop or pull up for a jumper. Three lower classmen rounded out the starting line-up. Alayah Vincent, who plays strong forward and two freshmen at guards, Leomary Diaz-Merino and Kimi Sayson.

It is a great combination of experienced varsity players and skilled newcomers as Long Branch can dribble, pass, shoot and play defense. Their only hiccup is pounding the boards as they don’t have the size and skilled player for the paint. Vincent does a great job as a strong forward as does Taleah Walker coming in off the bench, playing in the center against bigger opponents.

Long Branch started the game red hot, but the Braves took a 9-8 lead into the second period. There was much more offensive production in the second quarter with Manalapan edging LB 15-12 and taking a 24-20 lead into the break.

The second half of action was all Long Branch as they held the Braves to single digits in both the third and fourth quarter. During the third quarter the Wave outscored Manalapan 10-5 and 13-4 in the fourth and final quarter.

The victory was the first of the season for the Lady Wave. They opened at Point Boro losing 61-48 and then were beaten 58-33 in Howell. Next game is in Long Branch on January 11 where they will host Freehold Township at 5:15.

Additional photos of this and other games can be found at www.Facebook.com/TheLinkSports