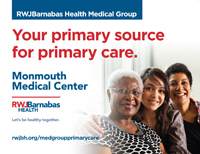 By Walter J. O’Neill, Jr. – January 12, 2022
On Wednesday night the Spartans of Ocean Township hosted the Lancers of St. John Vianney in a wrestling match of the A Central division of the Shore Conference. The final outcome came down to the last match, which SJV won taking the 42-36 victory.

However, as close as the score was and came down to the last bout out of 14 matches, the Lancers forfeited four of those matches to the Spartans and won six bouts by pin. Only two matches went the full three periods of wrestling with the Lancers winning those. Other than the four wins by forfeit, two Spartans wrestled for victories, and they were pins over the SJV opponents.

Nicholas Benner earned one of those pins for Ocean at 165 pounds when he put Ryan Cawley on his back at 56 seconds of the first period. That was followed by Shane Cartagena-Walsh of Ocean getting a pin at 1:40 of his 175-pound match with John Mario Cornacchio.

Currently, Ocean is 1-3 overall and 0-2 in division matches. The Spartans lost six wrestlers to graduation who all qualified for the Region Championships last year. However, they still have a solid team. In the lower weights, sophomore James Farina had a great freshman year on varsity finishing 12-3 and taking third at the Region Championships. Senior  Gio Poniros senior is a three-time Region qualifier who brings senior leadership and experience to the team.

Jared Tracey is one of the big men for the Spartans and is a two-time qualifier for the state tournament. As a junior last year he finished fourth at the Region Championships at 182 pounds.

Cippy Apicelli is in his 11th season as head coach of the Spartans. His record as of printing, is 160 wins and 75 losses. As a team t he Spartans have eight sectional titles, 10 district titles, and 14 divisional titles.

St. John Vianney is coached by Chris Notte who is in his third season. Last season they finished 1-5 overall and were 0-1 win the A Central division. However, this season the Lancers are expecting big results as they have a strong group of wrestlers and three athletes who transferred into the school. In accordance with NJSIAA rules, those three transfers are eligible to wrestle on January 17, so they were not participating in the Ocean match.

“We will be at full strength by January 27,” said Notte on Wednesday night.

After the match Apicelli said  that he sent out two of his best wrestlers, who on average win 90 percent of their matches, but they lost to St. John Vianney on Wednesday night. “Who is going to beat (Anthony) Knox and O’Keefe (Patrick) two of the best kids in the state,” said Apicelli.

Last year as a freshman, Knox was the number one ranked 113-pound wrestler in the nation. O’Keefe is one of the top 106-pounder wrestlers in the state. The match against Ocean started at 106-pounds with O’Keefe getting a pin over Chaunci Jones of Ocean in 30 seconds. That was followed by Knox getting a pin in seven seconds over Nate Fazio of Ocean at 113-pounds.

Before the start on Wednesday night, Notte stated that the Lancers currently are not what they will be. As soon as transfers Kevin McBride, who transferred in from Marlboro, Josiah Queen from Elizabeth and Thomas Cleary of Holmdel, all juniors sit out their required time and join the team, St. John Vianney will be one of the most all-around teams in the state.

Apicelli was quoted as saying once St. John Vianney reaches 100-percent, they will become more dangerous as they can play games with their lineup. He added that from 126-pounds and up, they will be able to bump up everyone which causes nightmares for opposing coaches.