Our State of Mind; an open letter to Ahmaud Arbery’s mom

Facing the Question and Out and About 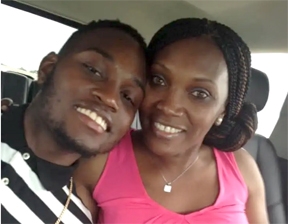 You have demonstrated so much faith, grace, hope, and an strength during the tragedy of your son Ahmaud’s death and the trial of the three men found guilty of the heinous murder.

The only words I hope, that have given you, and Ahmaud’s father, and your families peace, or resolve are guilty of felony murder.

The world witnessed your faith, belief. and trust in God as he guided you, the Judge Walmsley. and the prosecutors during the trial that would eventually discern the truth and a just judicial process in Georgia.

Ms. Cooper-Jones your faith earned you an answer to your prayers to get justice for your son. Finally, a degree of justice for a young Black man who was simple jogging, then took a break to be curious.

I admired your composure exhibited throughout the trial in November, and after the trial among your’s and Ahmaud’s supporters, the reporters that surrounded you at times, seeking your acknowledgment and attention for myriad of reasons.

It was compelling to read some of your witness statement in the news before the sentencing on Friday, January 7, which you expressed your love for Ahmaud as he rests in peace.

“I made a promise to you the day I laid you to rest. I told you I love you, and someday, somehow, I would get justice. Son, I Iove you as much today as I did the day you were born. Raising you was the honor of my life, and I’m very proud of you.”

So, to you Ms. Cooper-Jones, blessings, spiritual peace to you, and your family, that can only come from the God you serve.

Despite the intentions of this horrible ordeal, it was God’s intentions to overrule them to show His power and His promise of peace beyond all understanding.