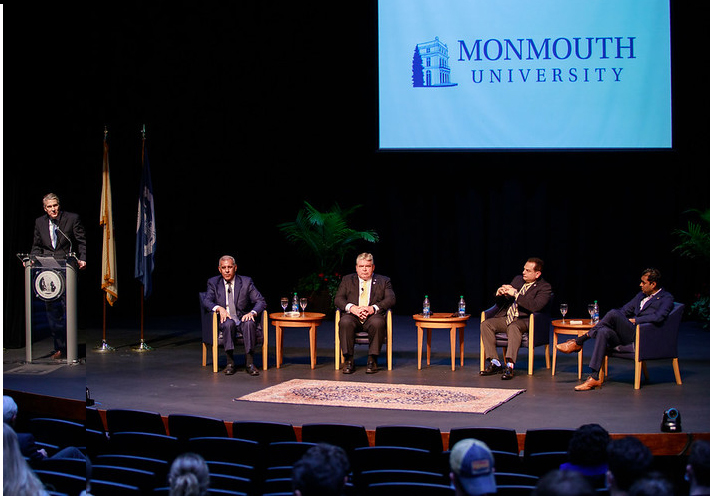 The series, Leadership, Civility, and Common Ground in Politics and Public Service, consisted of public discussions led by Democratic State Sen. Vin Gopal and former Republican State Sen. Joe Kyrillos. Throughout the series, Sens. Gopal and Kyrillos invited two other public leaders with opposing political views to participate in critical discourse. The discussion focused on how people with different ideologies and from different political parties and backgrounds can find common ground through civil dialogue and understanding that can lead to successful outcomes for the public interest.

Monmouth University President Patrick Leahy enthusiastically embraced the joint proposal from Sens. Gopal and Kyrillos to establish the discussion series at the University. 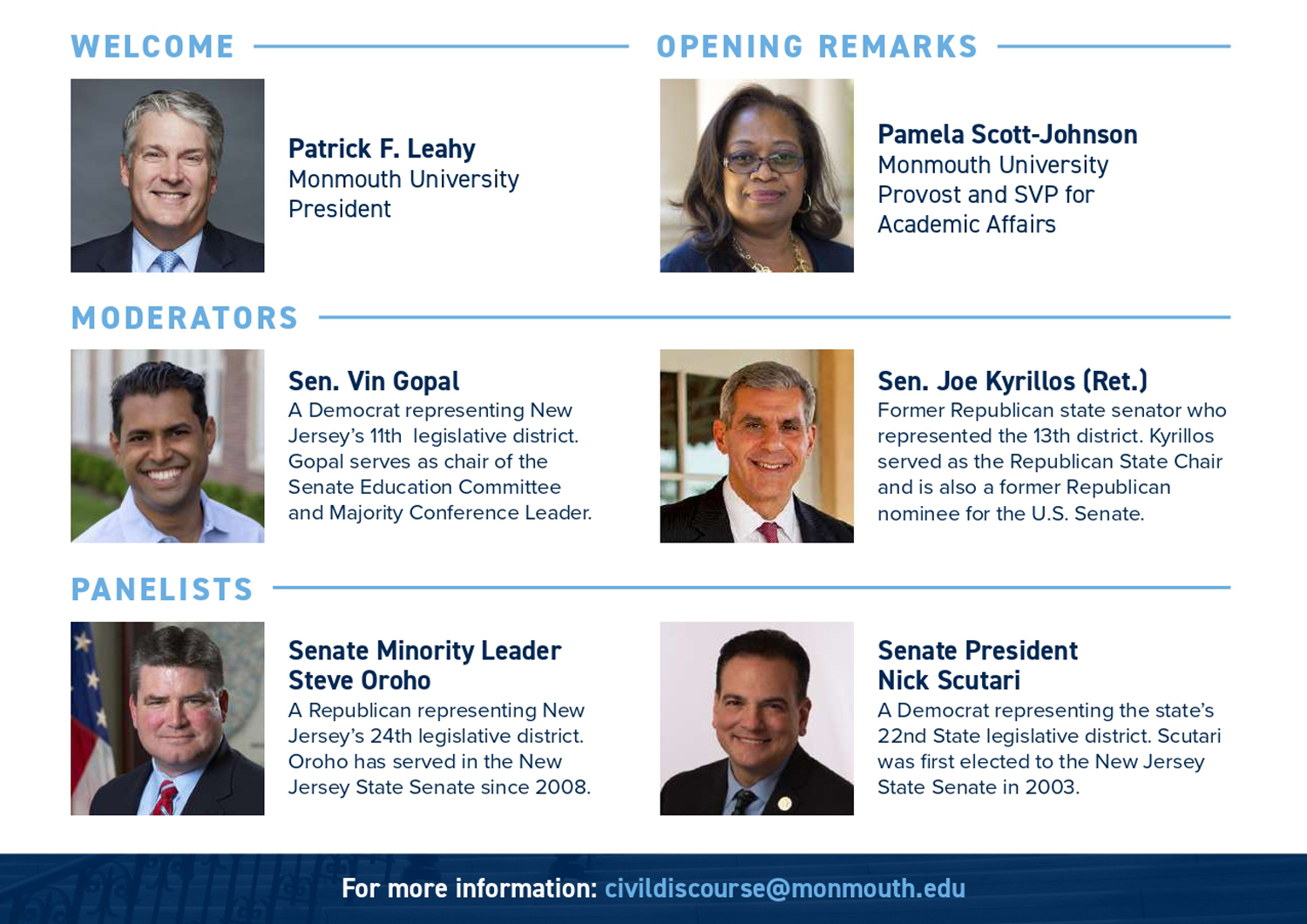 “As a university, we treasure the free exchange of ideas within our community, and this discussion series translates that philosophy into direct action,” Leahy said. “The Senators told me they were interested in reaching the next generation of leaders to demonstrate how representatives of opposing political parties can respectfully disagree on policy, but

work together for the common good,” he continued. “What better way than to bring people together from opposing political ideologies to showcase the importance of freedom of expression. I am so pleased that Monmouth University can provide a nonpartisan forum for these important discussions, and I know our students and our regional community will benefit from their leadership and example.”

The series is sponsored by the Office of the President at Monmouth University and supported by the Department of Political Science and Sociology and the University’s Institute for Global Understanding.

“Legislators must talk to and listen to each other to govern effectively,” said Gopal. “Compromise is the crux of our Democracy and the core of our political process. We have been seeing what happens in Washington when elected leaders refuse to put aside partisan politics and strive for compromise: dysfunctional government driven by party politics instead of the goal of serving the people,” he contiued. “As a state senator, I serve everyone in my district and everyone in New Jersey, not just people who voted for me or who share my party affiliation. It’s time to put the heated rhetoric that stokes division behind us and move forward in rebuilding a more civil society that advances respect for one another as human beings and honors the fundamental principles of our representative democracy.”

Kyrillos, also a longtime champion of civil discourse to achieve public policy objectives, welcomed the opportunity to partner with Gopal on this important initiative.

“I have seen firsthand how necessary it is to have vigorous, intelligent debate on issues, while at the same time maintain the ability to work together with the other side of the political aisle to drive practical policy outcomes for our state and country,” said Kyrillos, a 30-year veteran of the state Legislature, a former Republican state chairman, and past nominee for the U.S. Senate. “That is what meaningful political discourse is all about and it’s what made America’s representative democracy the leader and envy of the world.”