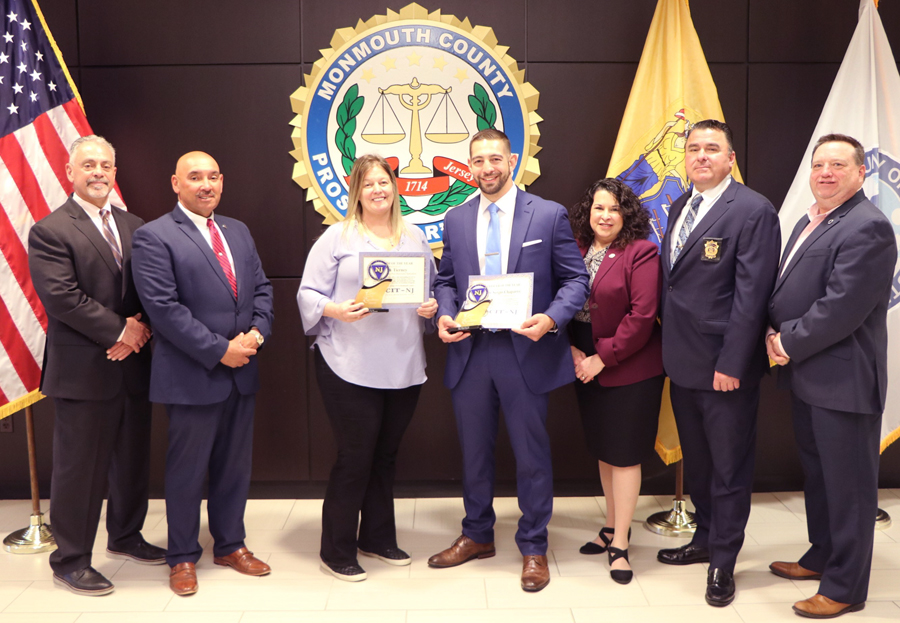 As the Monmouth County Prosecutor’s Office’s third round of Crisis Intervention Team (CIT) training concluded, success stories stemming from prior sessions continue to accumulate, creating a growing body of testament speaking to its value and effectiveness. 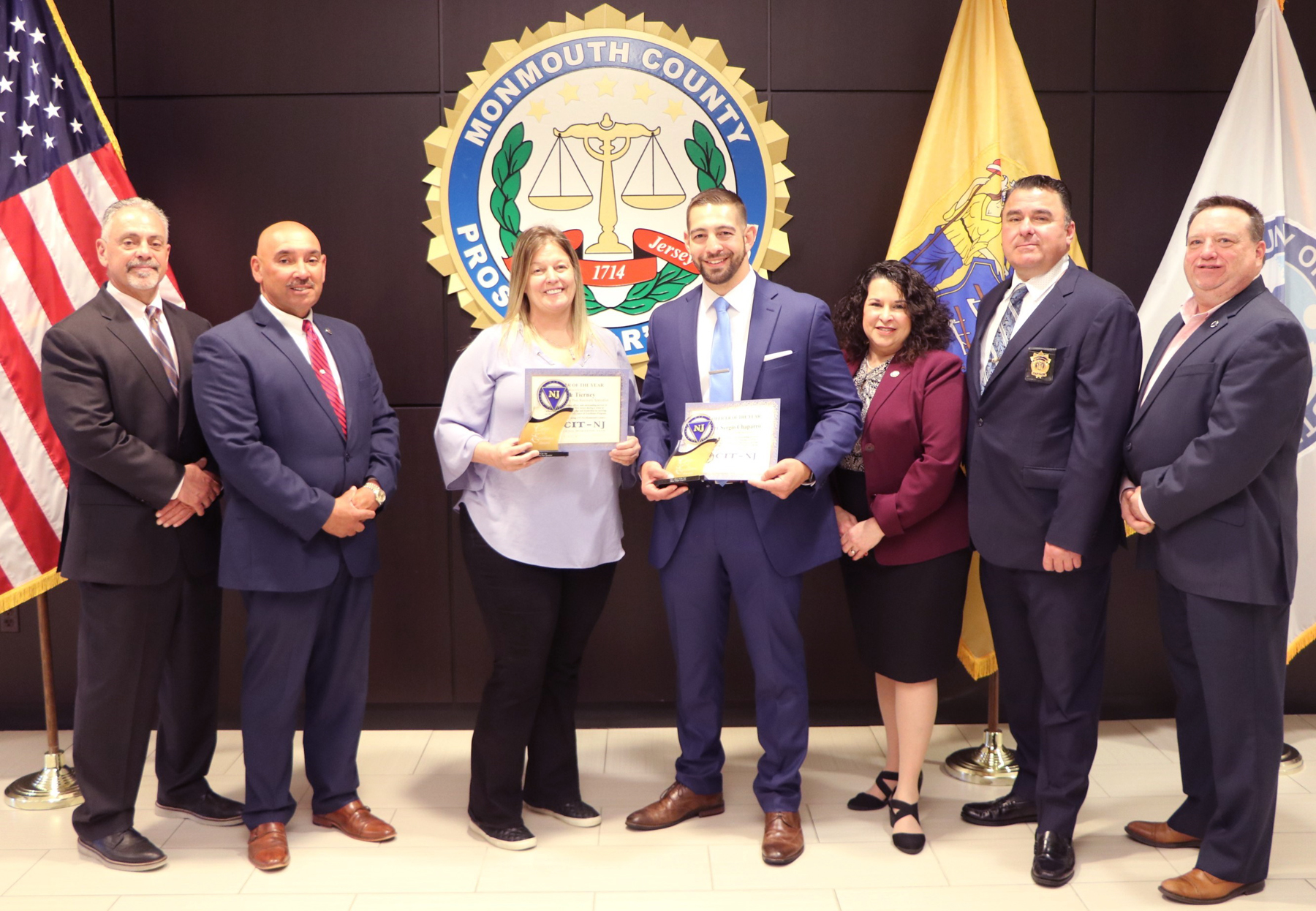 Long Branch Police Department Detective Sergio Chaparro and local Peer Recovery Specialist Nikki Tierney were honored to respectively accept the New Jersey CIT Law Enforcement Officer of the Year and Peer of the Year awards earlier this week, given for their joint work in saving a life in crisis last summer.

Acting Monmouth County Prosecutor Lori Linskey was honored to nominate both for the awards. The pair were among two dozen individuals from across Monmouth County selected to take part in MCPO’s inaugural round of CIT training, which provides an in-depth look at mental illness, behavioral health, developmental disabilities, and their implications for a law-enforcement response during a crisis, with a strong emphasis on de-escalation.

During the limited amount of downtime he had during the weeklong training last June, Chaparro, then a Patrolman, struck up a conversation with Tierney, a certified crisis counselor whose work helping individuals afflicted by substance abuse overcome their addiction often took her through Long Branch. At the end of the week, they exchanged contact information – but little did either of them realize at the time that what they had just learned would have vital real-life applicability just days later.

First responders found 58-year-old Tim Bowles on a public bench in Long Branch, dehydrated, homeless, and barely responsive one weekday afternoon last July. Chaparro recognized Bowles’s name instantly – he had previously responded to several calls for service involving him, including multiple previous overdoses. With that in mind, he reached out to Tierney through dispatch and asked that she come meet him.

“When I arrived, I saw what appeared to be a completely broken and demoralized man sitting on a bench outside of the library, with Officer Chaparro standing beside him,” Tierney recalled. “New Jersey had just experienced a record-setting three-day heat wave, and I could see that Tim had endured every moment (outdoors).”
Tierney said she approached the scene eager to help, but first took a step back and listened.

“I was in complete awe of how Officer Chaparro was interacting with Tim,” she said. “He was literally incorporating every technique we were taught during our training – active listening, both through verbal and nonverbal communication, empathizing, providing solution-focused options, using a welcoming tone, and ensuring Tim did not feel threatened. It was like watching everything we had practiced … but in real life.” 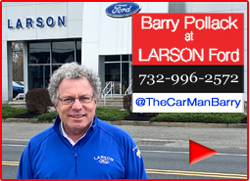 Tierney marveled that after a brief period of hesitancy, in barely an hour’s time after their arrival, Bowles was linked to housing, mental health, and substance use disorder support; she attributed his change of heart in great part due to Chaparro’s initial response.
CIT training is based on an innovative international model, with community mental healthcare and advocacy partnerships. Instructors for MCPO’s CIT training include behavioral and mental health professionals from Monmouth Medical Center, the Monmouth County Mental Health Association, the Monmouth County Mental Health Board, and CPC Behavioral Healthcare, as well as crisis resolution experts.

Law-enforcement officers learn to apply the strategies they learn in real-life situations in order to minimize the potential for injury or violence. Mental and behavioral health practitioners also sit in as students in the class in order to build relationships with the police officers, and to better understand the issues they face while often serving as the initial responders to such calls for service.

Chaparro and Tierney are by no means alone among local members of law enforcement who have found themselves with an opportunity to leverage what they learned in real-life scenarios. Similar stories of officers who had undergone training later encountering individuals in crisis and connecting them to resources also arose in Asbury Park, Holmdel, and Spring Lake Heights.

“This is really the best real-life example of how CIT training can truly change lives for the better – and the way we see it, the more officers undergo this training, the better the quality of law-enforcement service there will be across the county,” Prosecutor Linskey said. “We plan to continue hosting courses for the foreseeable future, and we fully expect that we will continue to hear more and more of these success stories, which consistently end with a person facing personal turmoil receiving a measure of desperately needed compassion – and all the help they need.”