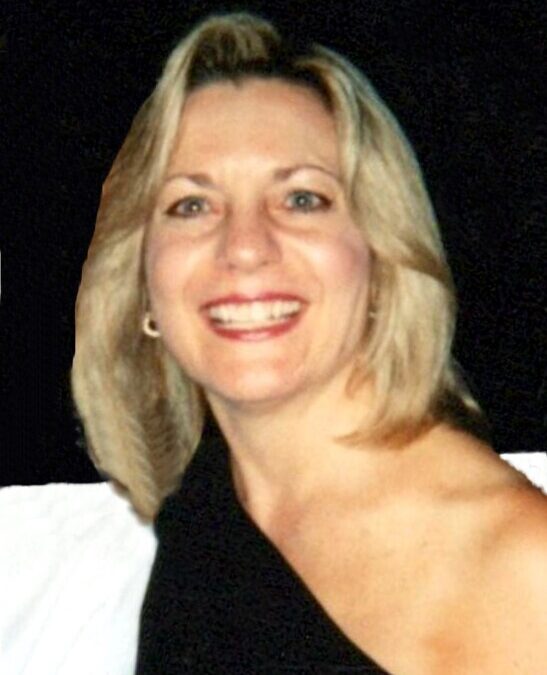 Arlene DiFedele (nee Ciaglia), age 70 of Toms River, died on Tuesday, May 17, 2022 at home. Arlene was born and raised in Long Branch and was a graduate of Long Branch High School and the Monmouth County Vocational School of Cosmetology. She had moved to Howell in 1988 and in 2019 she settled in Toms River with her husband of nearly 35 years, Tullio James DiFedele.

Arlene was a manicurist for over 50 years and was adored by her many clients and co-workers at Milagro Spa at the Atlantic Club in Red Bank. She was an animal lover but especially loved cats and enjoyed eating and trying new foods. Above all Arlene loved her family and friends and would do anything for those she loved.

She was predeceased by her parents, John A. Ciaglia in 2004 and her mother Rosemarie Ciaglia in 2011 and her niece Stephanie Silverman also in 2011. Surviving are her husband Tullio James DiFedele; her step-daughter, Guenevere Shields and her husband Jonathan of Cold Springs, NY; her grandchildren, Audrey and Tucker; her sister Jeanne Ciaglia of Keansburg; brother, John C. Ciaglia of Long Branch; brother-in-law, Richard DiFedele and his wife Marie of Sarasota, Fla.; sister-in-law, Marcella DiFedele of Colts Neck; her special niece and her husband, Gina and Ryan Quilty of Keansburg; many other nieces, nephews, godchildren and good friends and her beloved cats, Lily, Cali and Daisy.

A Memorial Mass will be celebrated on Monday, July 18, 2022 at 1:30 pm at Star of the Sea Church on the Corner of Chelsea and Second Avenues in Long Branch. Donations in her memory may be made to S.A.V.E. Rescue Center, P.O. Box 503, Island Heights, NJ 08732 (https://save.rescuegroups.org/info/donate). The family invites you to leave a letter of condolence by selecting the Tribute/Guestbook link above.

To send flowers to the family or plant a tree in memory of Arlene DiFedele, please visit our floral store.

Charles David Weissman a resident of Long Branch New Jersey passed away peacefully at his home on July 11, 2022 surrounded by his loving family.

Charlie as he was known was born on April 26,1926 in Brooklyn New York, the son of Frieda and Joseph Weissman.

Charlie graduated New York University in 1949, he was a veteran of World War II where he served in the Army. Charlie was a former principal at E&K Agency, Cypress Inn and The Palace Food Corner.

In celebration of Charlie’s life donations can be made in his memory to St. Jude Children’s Research Hospital, www.stjude.org.  For messages of condolence, please visit Charlie’s page of tributes at www.woolleyboglioli.com.

Wayne Thomas McLaughlin 75 of West Long Branch passed away peacefully on July 8, 2022 at home. He was born in Long Branch to Elaine and Charles McLaughlin who predeceased him. Wayne graduated from Red Bank High School and upon graduation he enlisted in the US Navy for 4 years, where he served honorably, and received the Distinguished Service Medal. After the Navy, he worked as a paid fireman for the Long Branch Fire Department for 27 years, and also was a Cadillac salesman. He married Helen B. Pollatschek on April 27, 1974. They lived in Eatontown for 4 years, and then bought a home in West Long Branch where they raised their son Brian Patrick. Wayne was a lover of Classic cars, all things Harley Davidson, and especially Golden Retrievers. He was also an avid beach-goer and beach club member.

Wayne is survived by his wife Bonnie and son Brian.

Visitation for family and friends was held on Thursday, July 14 from 10:00 am until the time of the service at 11:30 am at the Damiano Funeral Home, 191 Franklin Avenue in Long Branch. Interment will follow at Woodbine Cemetery in Oceanport. In lieu of flowers donations may be made to the Monmouth County SPCA, 260 Wall Street, Eatontown, NJ 07740. The family invites you to leave a letter of condolence by selecting the Tribute/Guestbook link above.

To send flowers to the family or plant a tree in memory of Wayne Thomas McLaughlin, please visit our floral store.

Rose was educated in Long Branch, New Jersey and graduated Long Branch High School Class of 1949. She met the love of her life, William Wescott in 1954 and they married June 10th, 1956. She started her family in 1959 with her first child, Pamela Jean and her second child in 1962, Drew William. In August of 1998 Rose’s granddaughter Mackenzie was born, who became a great light in her life. They spent countless hours having tea parties, reading stories and playing dress up. Rose never missed an opportunity to attend her granddaughter’s soccer games, dance recitals and graduations.

Rose proceeded to volunteer her time as President of the Rumson PTA, a Girl Scout and Cub Scout leader for her two children. Once her children were grown, Rose worked at the Red Bank Public Library as the library assistant in the Children’s Room. As a devoted reader she ran the story time program, telling stories to children from ages 3-5 for 33 years, until January 2010 when she retired at the age of 79.

Through the years Rose loved playing tennis, going to Sands Beach Club with her family, sailing in their Sanderling on the Shrewsbury River, downhill and cross-country skiing and horseback riding with her husband.

Rose is predeceased by her husband, William in 2014, her brothers Emilio Summonte and Joseph Summonte, her sisters Gloria Micciulla and Dolores Rich. She is survived by her daughter Pamela Wescott-Arkenau and her husband Chris, her son Drew W. Wescott, her sister Patricia Maher and her granddaughter Mackenzie Arkenau.

The family invites you to leave a letter of condolence by selecting the Tribute/Guestbook link above.

To send flowers to the family or plant a tree in memory of Rose Summonte Wescott, please visit our floral store. 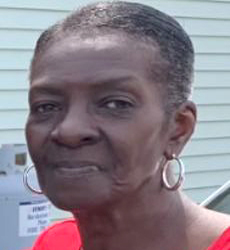 Mrs. Delores McCormick (Dee Dee) was born on April 22, 1956 in Long Branch, NJ to the late Joseph and Ella Mitchell, she departed this life on June 30, 2022. She was the youngest of 4 siblings. Delores attended the Matawan Aberdeen School System. Later in life she met and married Curtis Gatson and to this union 3 children were born.

Delores was a member of the Providence Baptist Church choir and loved to sing for the Lord. Delores had a love for playing cards especially with her cousin Geraldine. She loved board games, singing, talking on the phone, commenting on Facebook, shopping downtown Perth Amboy as well as hanging around family.

Delores is predeceased by her parents Joseph and Ella Mitchell, two brothers Edward Gutridge and Henry Mitchell and her late husband Alan McCormick.

In loving memory of Cecelia A. Warren of Oceanport, New Jersey who peacefully passed away on Friday, July 8th, 2022 at the age of 74. Cecelia was a wonderful, outgoing woman who loved her family and friends deeply and made friends everywhere she went. She was born February 1, 1948 in Long Branch. Ceil graduated from Long Branch High School and was mainly known for running the family business, Cammarano’s Bar and Package Store in Long Branch. She enjoyed spending time with her family and talking to her best friends.

Services to honor her memory and life will be held at Fiore Funeral Home, 882 Broadway in West Long Branch on Friday, July 15th from 2:00 to 5:00 p.m. For condolences, please visit www.fiorefuneralhomes.com.

To send flowers to the family of Cecelia Warren, please visit our Heartfelt Sympathies Store.

Robert Wayne Coles, 71, of Ocean Township passed away on Wednesday, July 6, 2022 at home. Born in Long Branch, NJ he lived his whole life in Monmouth and Ocean Counties.

Rob was a 1969 graduate of Long Branch High School and was in the US Marine Corps from June 1969 to June 1972. He worked for Louis & John Drywall Co. of Long Branch for 30 years and Home Depot in Neptune for 21 years.

Rob was predeceased by his son Eric R. Coles in June of 2018 and his nephew Donald J. Coles.

He is survived by his loving wife Lauri Hendrickson Coles; his sister, Alice L. Drummond and her children Jerry Lubcke, Dawn DeBonis and Cori Grissi; his brother, Daniel M. Coles III and wife Helena and their children Victoria and Daniel; his sister, Elaine S. Casale and her husband Mark. Rob was also survived by his two step-children, Larry Hendrickson his wife Tangi and their 4 children and DeeAnne Baker her husband Michael and their 2 children. The light of Rob’s life was his granddaughter, Juliana (Jules) M. Coles. Rob and Jules enjoyed many Halloweens dressed in themed costumes.
For condolences, please visit www.fiorefuneralhomes.com.

Peter Gangemi, 94, of West Long Branch, passed away peacefully at home on July 2, 2022 surrounded by his loving family. Pete was born May 30th, 1928 in Hoboken, NJ to Catherine (Nee Tuzzo) and Frank Gangemi. A longtime Jersey City native, he graduated from James J. Ferris High School and enlisted in the Army from which he was honorably discharged in 1951. He married his wife Rosemarie Bongiovanni in 1953 in Jersey City and fathered his daughters, Michele and Robyn. The family moved to Deal, NJ in 1967, later moving to West Long Branch. With the birth of his granddaughters, he built a second home in Vero Beach, FL for family vacations. Peter would fill up his pickup truck every winter with new treasures and haul them down the east coast.

Pete (“Brother”) is predeceased by his parents and his brother, Samuel “Sonny” Gangemi. He is survived by his loving and caring wife of 69 years Rosemarie; his daughters, Michele (Maryellen Nawrath) and Robyn (Frank Timpani, Jr.); his granddaughters, Ashley Cusack (Rob Vanecek) and Dr. Katrina Cusack (Dr. Charles Garneau-So) and his great-granddaughter, Genevieve.

Pete was a pipe fitter for Local 274 and in the summer spent his time working in the Gangemi family watermelon yards. He was known as the “master fixer” when the family gave him duct tape and he was unstoppable. He loved Notre Dame football and enjoyed watching the women’s UConn basketball team. Pete liked playing handball at the YMCA and was an avid horse racing fan. His unusual food combinations will be remembered fondly and carried on by Genevieve; they share the same iron stomach. Pete was happiest when he was with his family and friends, especially his “best pal” Genevieve. He was a devout Catholic and an active member of St. Jerome Roman Catholic Church in West Long Branch.

Relatives and friends are invited to visit from 4-8 pm Friday at the Fiore Funeral Home, 236 Monmouth Road, Oakhurst, Ocean Township. Funeral Mass will be offered at 10 am on Saturday at St. Jerome’s Church in West Long Branch followed by entombment at Mount Olivet Cemetery in Middletown. In Lieu of flowers, donations to honor his love of horses may be made in his memory to Wishes For Horses in Norwalk, CT. http://www.wishesforhorses.com/about-us.html

To send flowers to the family of Peter Gangemi, please visit our Heartfelt Sympathies Store. 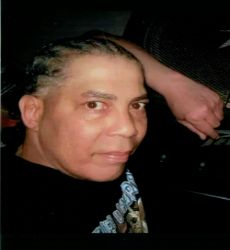 Shawn A. Cofer, 60 of Long Branch, NJ went to be with Our Lord on June 19, 2022 at Monmouth Medical Center after battling heart failure. Shawn was a lifelong resident of Long Branch, NJ. He worked as a DJ, cook and handyman prior to permanent disability.

Shawn although inherently a quiet person, was very friendly and funny. He had a caring heart. He loved to watch old movies and sci-fi. Shawn had a lifelong love of music; he was a DJ in his younger years and still had quite the collection of equipment.

Shawn had a love if tending to and maintaining a lovely lawn, growing flowers and gardening; until his health wouldn’t allow it.

Shawn was the ultimate support system to our Pop, especially in his final years and days.

Shawn is predeceased by his parents LeRoy and Jane Cofer.

He is survived by his siblings Ernestine Cofer-Ross, Ronald, Craig (Ventress), Dale, Robin and Asher (nephew) with whom he resided with; nieces and nephews Lori Ross, Tammi, Tara, Dale Jr., Brian, Ron Jr. and Zaria Cofer as well as a host of extended family and longtime friends. His services were at Lawson Funeral Home.