Facing the Question and Out and About with the Guzzi family 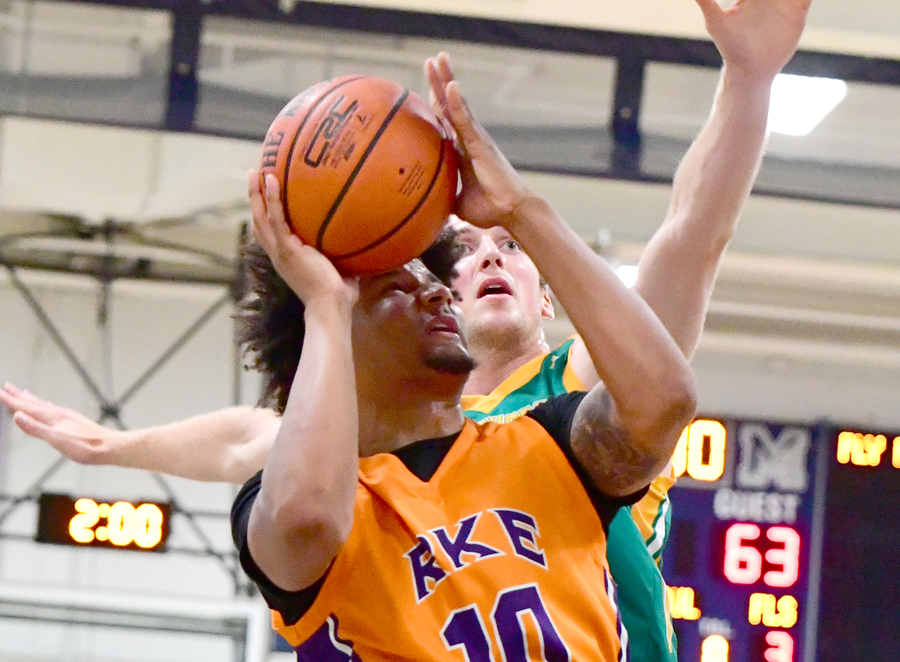 This summer all the games are played at Manasquan High School, and the league looks much bigger and defiantly better than previous years. New uniforms, new teams, new players and lots of former NBA and current pros playing in Europe are lighting up the gym every Tuesday, Wednesday and Thursday night.
Also having a big night for RKE was Gage Daye. The 6’2” graduate from St. Mary’s High School and Bloomfield College had 27 points, 15 of those were from outside the three-point arch. He also pulled down five defensive bounds and two offensively.
Leading RKE Athletic on the defensive boards was Raheem Carter, Jr. A new that is familiar to JSBL fans, as his dad, Raheem Carter played for Sterns Trailer when they won the JSBL championships. In the win over Sea Shore Auto Group, younger Carter, had seven defensive rebounds, and two on offense. He also had three steals and scored 14 points. The 6’6” power forward, graduated from Roselle Catholic High School, and Felician College.

Gage Daye (3) of RKE Athletic is a dynamic guard, who scored 27 points, had 7 rebounds and 3 assists in the win over Sea Shore Auto Group.