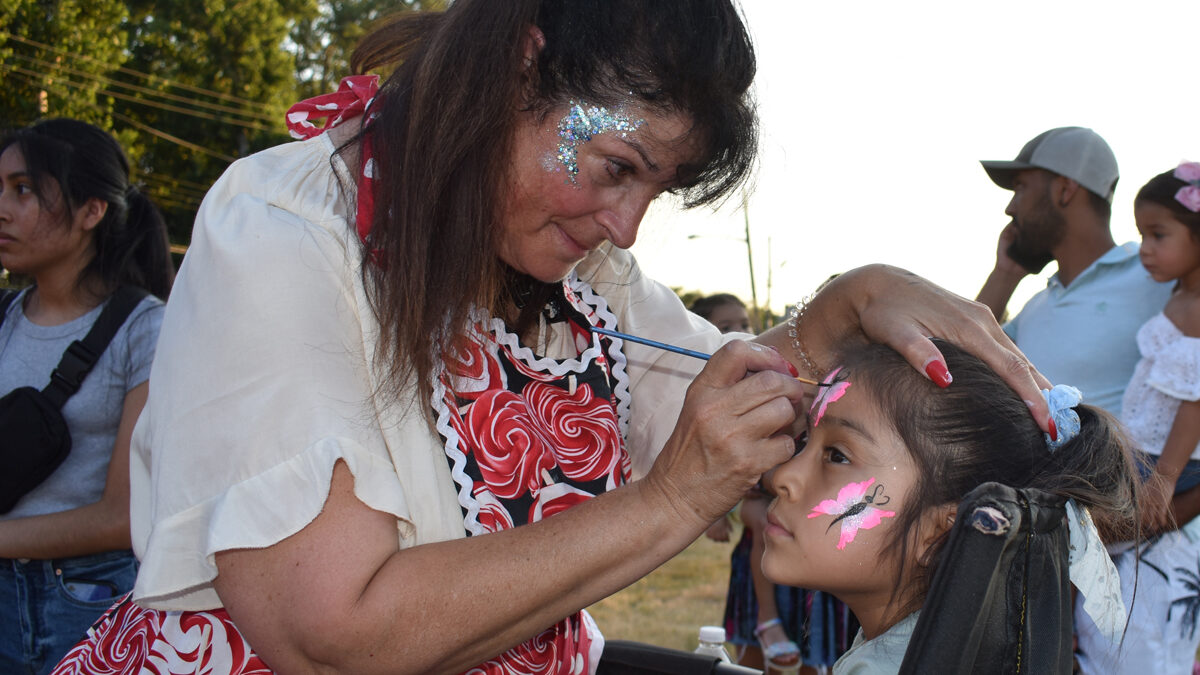 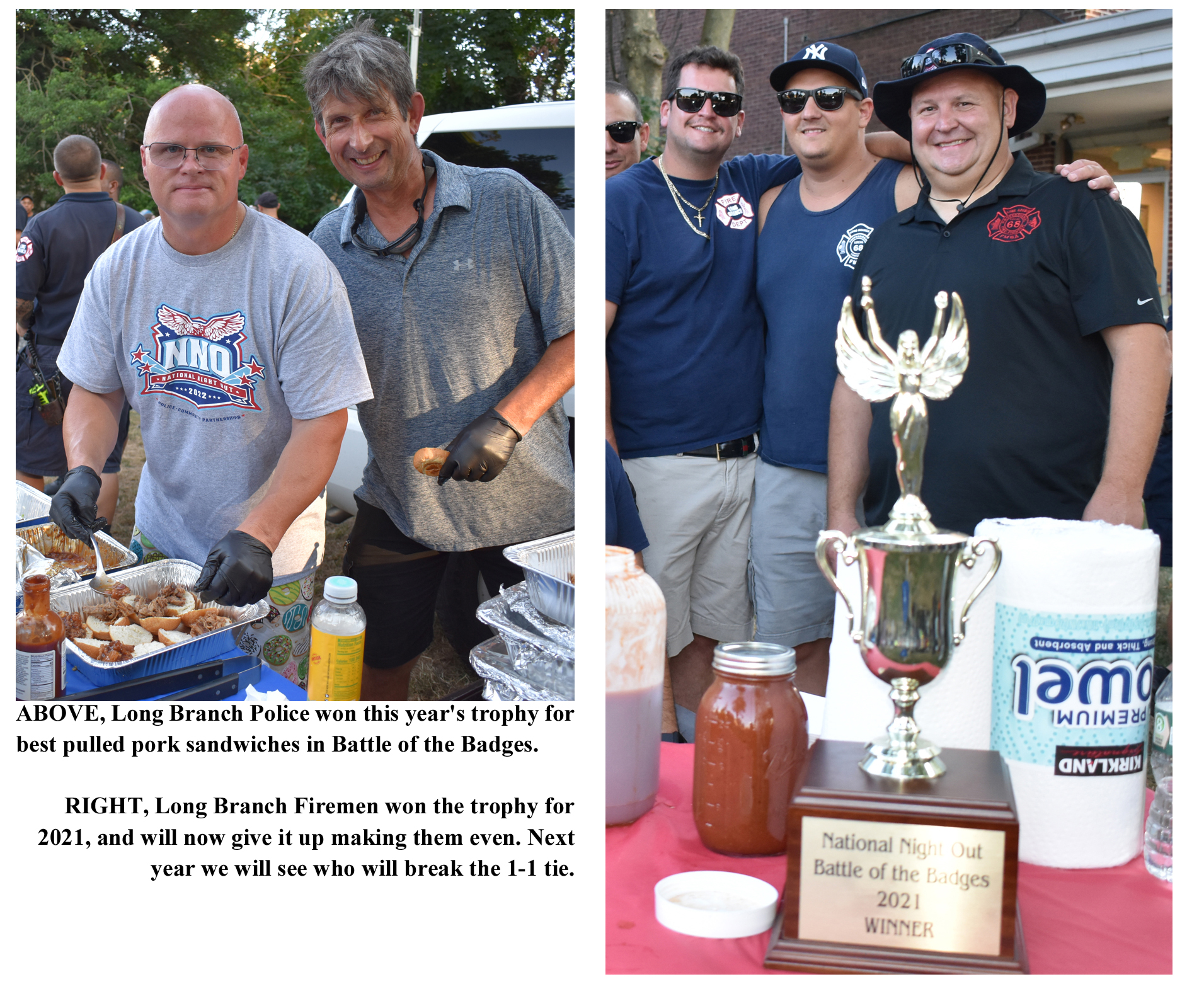 By Patty Booth O’Neill – You couldn’t keep the community away this year. On Tuesday Long Branch held National Night Out, an annual event where families can meet Police, Fire and OEM departments and get to know professionals in their community. There were people representing local organizations such as the Boy Scouts, Animal Control, various religious groups, the Long Branch Public Library and much more situated around Slocum Park.

The annual food fight between the Long Branch Police and Fire departments came to a head as bragging rights were on the line for best pulled pork sandwiches. Last year the firemen won for the tastiest bite, but this year police (some say thanks to a secret ingredient) took home the coveted trophy, tying the score at 1-1. Who will “pull” ahead next year?

There were also free hot dogs, pizza, snacks, drinks, fruit and ice cream – all donated and free to the community.

Face painting was a big hit along with an entertaining DJ, balloon art and dance demonstrations.

Across Broadway the usually empty field was full of rides and police giving away tote bags full of prizes also donated by local businesses. The bags full of new clothing were great for back to school. There were also skateboards, bicycles, gift certificates and other great prizes.

As always the night was topped off with a K9 demonstration by C. Remedios and Ozzie, who made his first appearance last year as a young pup. This year he has more experience under is collar but, “he is still a puppy,” Remedious said to the crowd as he answered questions. Onlookers wished they had their own Ozzie when he easily found lost keys and a cell phone hidden in the grass. “He finds things by smelling the person’s scent,” Remedios said. “That’s how we find bad guys.”

It was perfect weather and a beautiful night for one of the, if not the largest, Night Out events so far to date.