Facing the Question – What famous person do people tell you you look like, and were you Out & About? 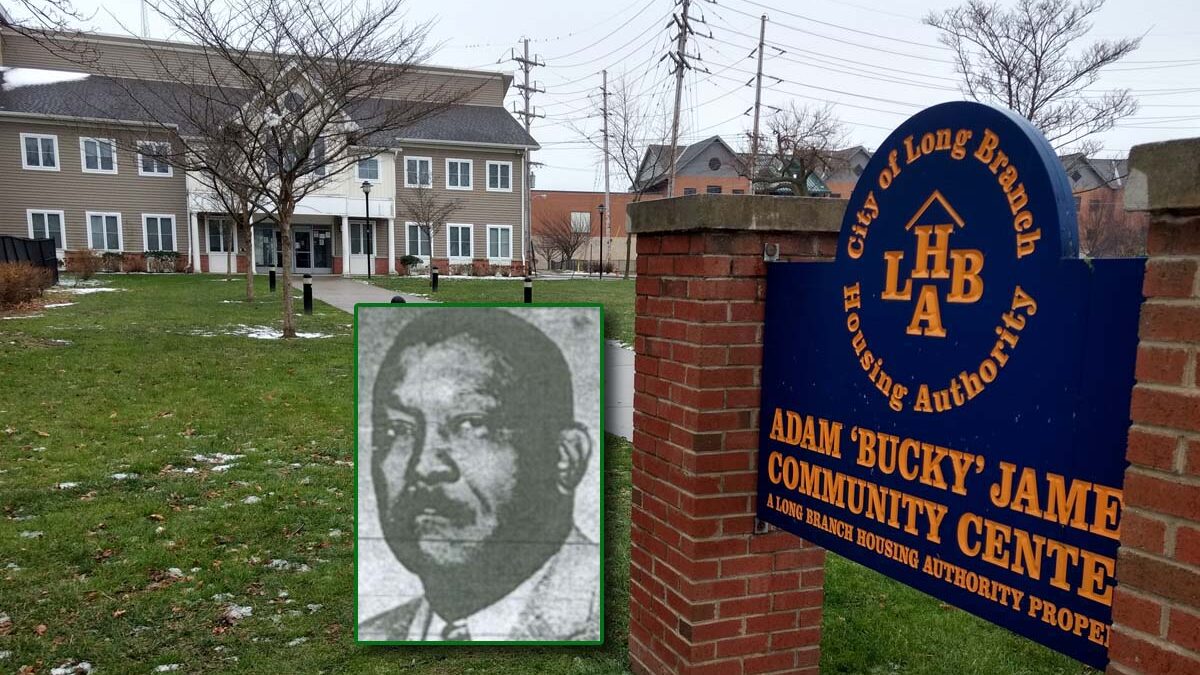 Mayor John Pallone (third from left), City Council members and members of the community gathered at the Community Center to honor its namesake Adam Bucky James. Holding the microphone is James’ grand niece who is sharing memories of her great uncle.

Long Branch celebrated Adam “Bucky” James on August 17, with members of the community invited to share memories of James, who passed away in 1971. James was a resident of Long Branch who fought hard for a center so kids and members of the community would have a place to go. The large space that holds a gym and offices was opened in 2010 and named in memory of Adam Bucky James.