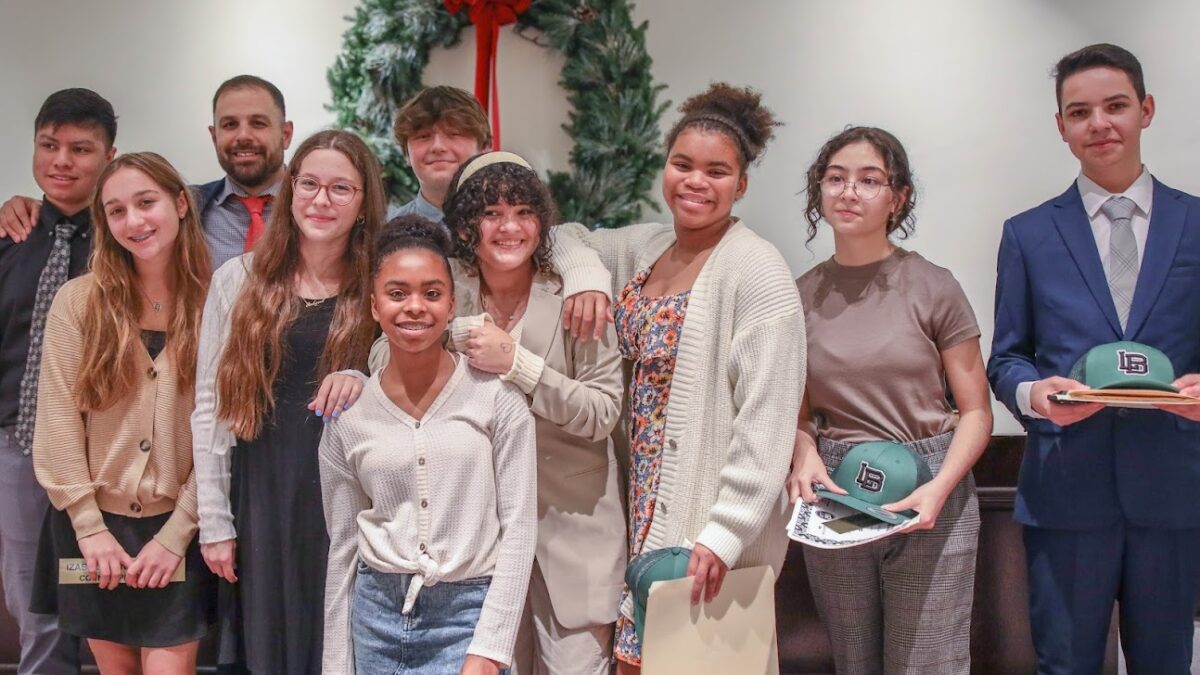 By Patty Booth O’Neill, Photos by Diogo Rodriguez
Members of the Long Branch Middle School National Junior Honor Society had an experience Tuesday night they will never forget. Representing Mayor and Councilmembers and other city administrators, they had the opportunity to run a “mock” council meeting at City Hall with Mayor John Pallone and Councilmembers Dr. Anita Voogt, Mario Vieira, Bill Dangler and Rose Widdis.

The first “official” order of business though, was a pizza party held for the students, proud parents and  administration. After the party students went to take their places on the platform usually reserved Mayor and Council.

“These students all contribute to the school community. They also give back to the community and are role models for other students,” said Lead Coordinator for the NJHS Louis DeAngelis. DeAngelis prepared the students for speaking in public and what to expect in their roles.

owed the guidelines of an official meeting but kept it much shorter!

The meeting opened with the Pledge of Allegiance, ordinances were considered and and some ringers from the audience approached the microphone to ask the students questions. “Will there be more parks built in the city in the near future?” asked Danna Kawut who is Program/Special Events Coordinator for Long Branch. Assistant Superintendent of Schools Frank Riley wanted to know if there would be a Fourth of July Oceanfest celebration in 2023. The “Mayor” answered yes to both.

The students conducted themselves with poise and confidence, and it’s nice to know they are the future of Long Branch.

“This was a great,” said Mayor John Pallone. “I’m impressed with what these kids did tonight.”

Jeovanny Revelo with his mom

Mayor John Pallone introduces himself to the students while Markus Rodriguez, Frank Riley and Heather Capone.