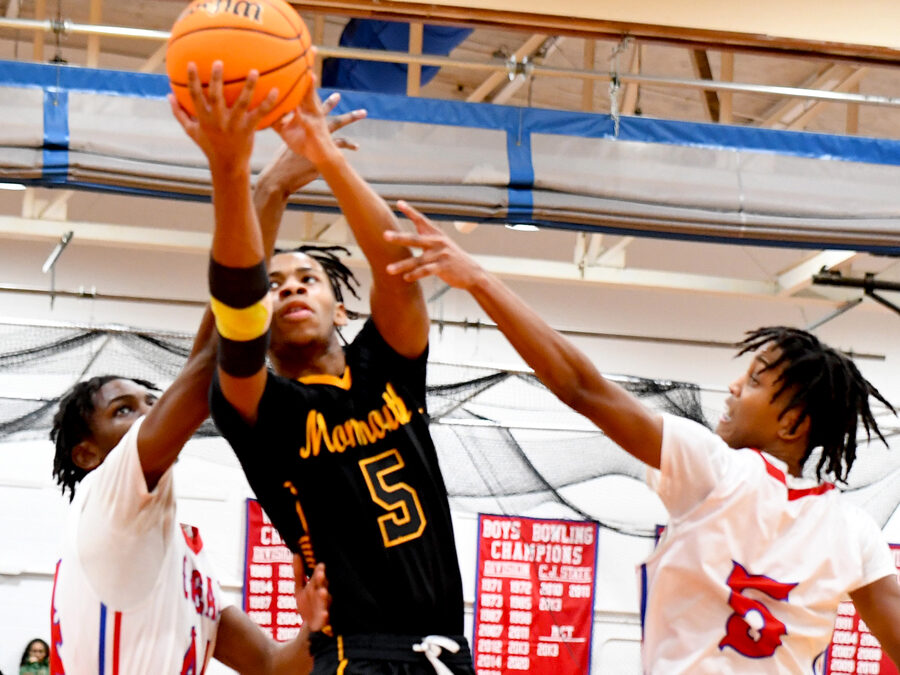 Going up for two of his game-high 13 points is Tahaj Wiggins (5) of Monmouth Regional.

By Walter J. O’Neill, Jr.
Wednesday night the Spartans of Ocean Township hosted the Falcons of Monmouth Regional in a boys Shore Conference C-South divisional basketball game. The gym at Ocean had the feel of a college game as not a seat was empty and the Spartan band was in the house.
It also appeared that the spectators for Monmouth Regional might have outnumbered the Spartans, especially the student cheer s

ection. As one Ocean fan said, the Spartans underestimated the rivalry that the Falcons feel.
Monmouth Regional jumped out to a 16-6 first quarter lead, with Jake Bauer scoring seven of his game-high 14 points. Three Falcons finished in double digits, Tahaj Wiggins had 13 and leading all Monmouth Regional players was TJ Thomasson with 18 points.
Ocean played their best quarter of the night to close out the first half. They went on to  outscore Monmouth Regional 22-10 in the second quarter. Leading the way was big Brandon Loughlin who had eight of his game-high points leading the Spartans with 19. Going into the break, Ocean was up two points, 28-26.
The second half was dominated by the Falcons, who outscored the Spartans 12-6 in the third and 20-8 during the final minutes. Monmouth Regional won the game 58-44 and improved to 6-4 overall. They are undefeated and in first place in the C-South at 3-0.

One of the biggest reasons for the Flacons victory was how they shut down the Spartans leading scorer, Zayier Dean, the sophomore sensation who is averaging 20 points per-game this season. Against the Falcons, Dean only had five points and five rebounds. Also getting held to low scoring was Ron Richardson, who had seven points, three rebounds, and three assists. Keith Allen had 10 points, two rebounds, two assists and three steals in the loss.
Loughlin, who is 6’5”, had his best game of the year for the Spartans. Besides the 19 points, which is the most he has scored all year, he had eight rebounds, one assist and two blocks.
The win gave the Falcons a 6-4 overall record and sitting in first place in the C-South division. They are followed by Shore Regional who are 7-0 overall and 2-0 in the division. Ocean is sitting at third with a 5-3 overall record and 2-1 in the division. Donovan Catholic is 2-5 and 1-1 in division action with Lakewood behind them at 1-7 overall and 0-3 against divisional opponents. Jackson Liberty is in last place winless at 0-9 and 0-3 in C South action.
On January 24, Ocean will travel to Monmouth Regional for a 6:45pm divisional game.
Please click the photo for the caption.
Additional photos will be at www.Facebook.com/TheLinkSports
Share 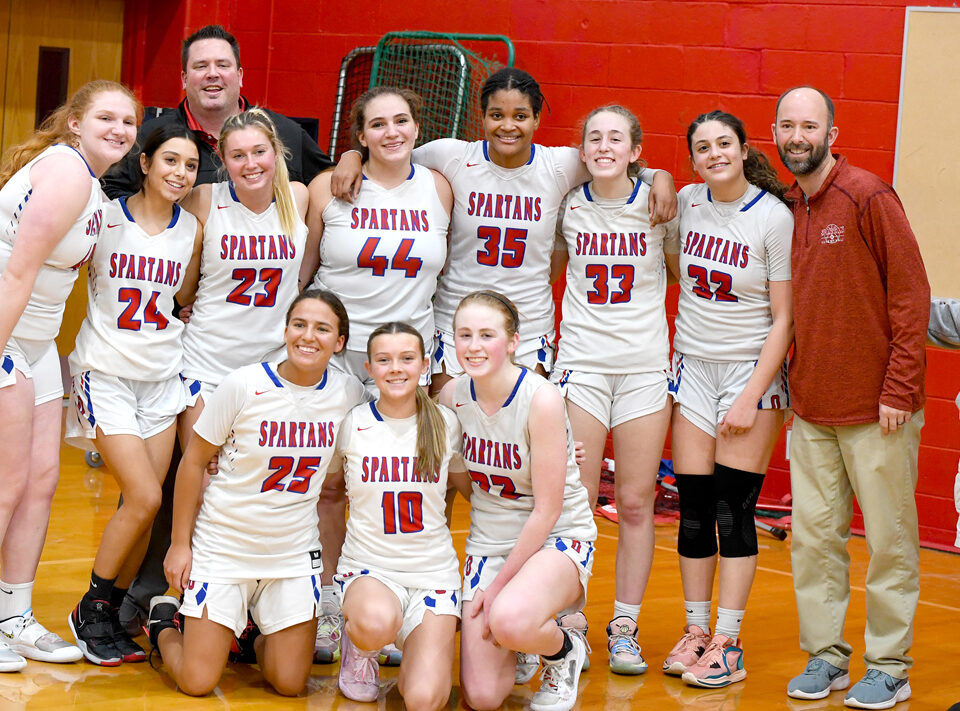 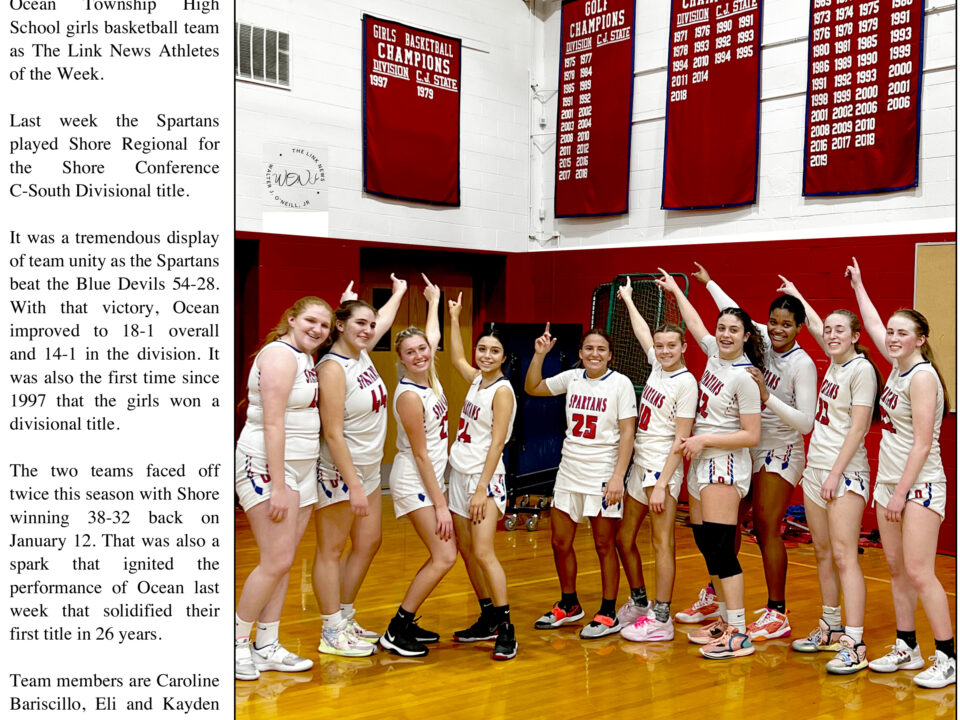