New York City – According to the New York Police Department two men have been arrested and charged with the murder of Joseph Comunale, 26, of Stamford, Connecticut. 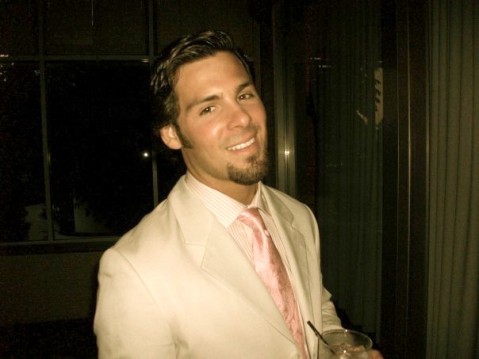 Arrested was James Rackover, 25, of New York City, also arrested was Lawrence Dillione, 28, currently residing in Jersey City and formerly of Oceanport. The two men were charged with second-degree murder, concealment of a human corpse and tampering with physical evidence. Dillione was also charged with first-degree hindering prosecution.

On November 16, police officers from the NYPD, Oceanport, Monmouth County Sherriff’s Office and the Monmouth County Prosecutor’s Office descended on a wooded area located behind Foggia Florist and the former Oceanport Borough Hall.

A cadaver dog was brought onto the site early that morning and led police to a freshly dug grave. According to law enforcement, a charred body was discovered buried about two feet below ground in a suitcase.

The Monmouth County Medical Examiner determined that Comunale was stabbed 15 times and was burned. Police found gasoline in the shallow grave.

Stamford Police said that Comunale was reported missing on Monday morning by his father. He told police that his son went to New York City to attend a party with his friends at the Grand Sutton, an apartment building on East 59th Street.

Rackover one of the accused killers, lives in the Grand Sutton. Detectives found “a substantial amount of blood evidence” in the building and in plastic bags that had been thrown down a garbage chute. The items recovered were bloody sheets, towels and clothing that belonged to Comunale.

Rackover is alleged to have changed his last name to that of the famous New York City jeweler, Jeffery Rackover who is friends with President Elect Donald Trump and many in the entertainment industry. Some say that he changed name to get away from a criminal past he had in Florida. He did live with Rackover, but it’s reported that they didn’t act like father and son. Police also have a Mercedes in custody and is suspected as the vehicle used to transport the body to Oceanport.

Police developed information which led them to the grave in Oceanport. Dillione, graduated from Red Bank Catholic in 2006.