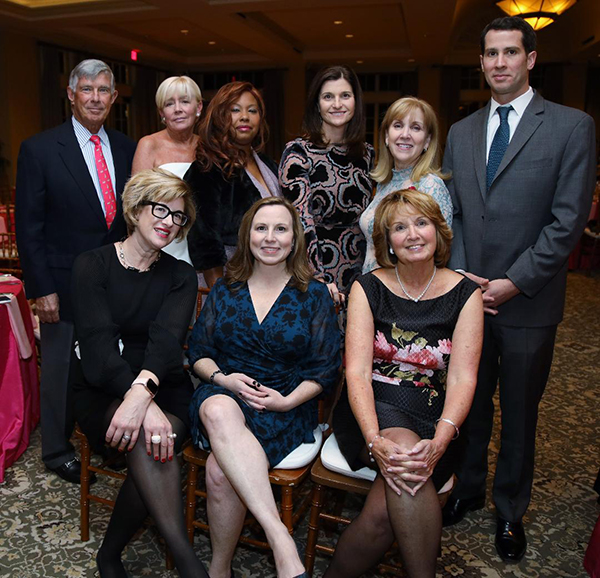 Guests were able to peruse through dozens of silent auction items including original artwork, collectible wine, fine jewelry, tickets to theater and sporting events and other specialty items, all donated to help raise additional funds for the agency.

The Gala is FCS’s largest fundraiser of the year and helps support its 13 programs and services that address issues of homelessness; neglect abuse and exploitation; health and respite care; long-term care planning; childhood literacy and obesity.

A Live Auction, hosted by FCS Board member and Gala committee co-chair Tiffany Senft featured four one-of-a-kind items including a Navesink Sunset Picnic Cruise, Private Chef Dinner Party, NYC Opera Excursion and Bridg-it School System App. In addition, a Call for Funds was issued for FCS’s Client Emergency Relief Fund (CERF), the creation of which was spearheaded by honoree Debbie O’Donoghue in the aftermath of Superstorm Sandy in 2012.

The highlight for the evening was the recognition of FCS’s “Leading Lights.” FCS CEO Colleen Verriest presented the agency’s 2019 Leading Lights Awards, the first of which honored Tracey L. Wolfman; a long-standing and dependable community partner of FCS, working closely with its Community Support Services. Tracey is the owner and CEO of We Care Adult Day Care, Inc. For the last 30 years her dedication to working with the elderly population and her specialized knowledge in Alzheimer’s have helped countless people afflicted with the disease and their caregivers.

The second 2019 Leading Lights Award was presented to the Church & Dwight Employee Giving Fund, Inc. for their employees’ generous and continuous contributions to FCS throughout the years. The Church & Dwight EGF is the workplace giving program of Church & Dwight Co., Inc. It supports charitable organizations in New Jersey and Eastern Pennsylvania, the region where the company’s corporate headquarters is located and where many employees reside.

The final 2019 Leading Lights Award was presented to Debbie O’Donoghue for her longstanding volunteer efforts and strong leadership skills which led to her being appointed to the agency’s board of directors in 2004, where she served with distinction for 15 years.

The success of the 2019 Leading Lights Gala would not have been made possible without the dedicated support of FCS’s Gala co-chairs Tiffany Senft, Jill Gemmel, Karen Gibbens and Diane Hayes, FCS Gala committee, FCS board of directors, underwriters, sponsors, auction donors and all those who attended.

Learn more about FCS at www.fcsmonmouth.org.