Mayor Pallone: Progress on pool, arts center and around the city

By Neil Schulman
Long Branch — The Long Branch Arts and Cultural Center on uptown Broadway is ready to open when pandemic restrictions are lifted; the community pool should be ready to open on Memorial Day, and many other projects and activities are going on in the city, says Mayor John Pallone.

The Link News spoke with Pallone on a variety of topics, ranging from new recreation opportunities to area improvements to Covid vaccination efforts. 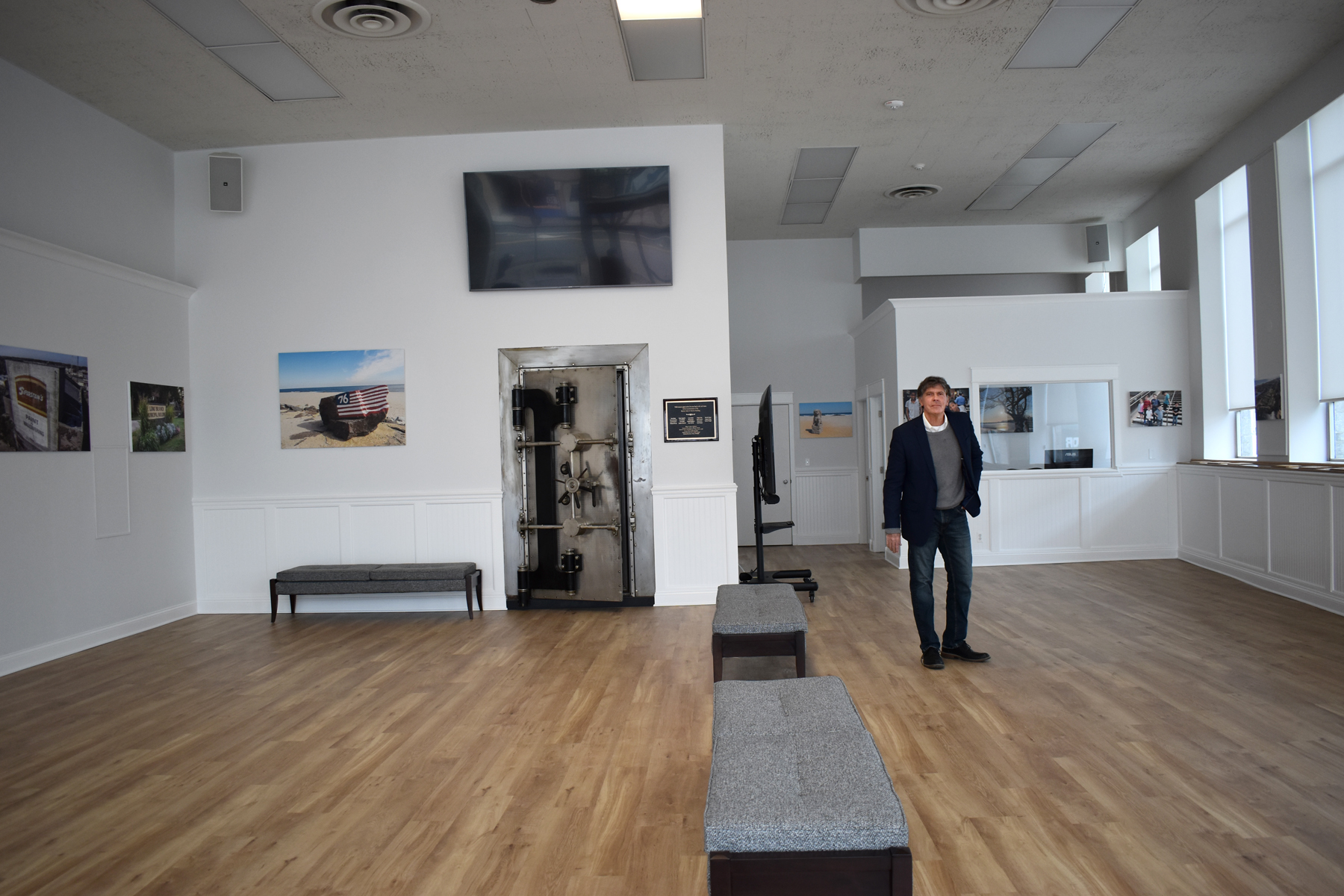 Since the city acquired the former Bank of America building on Broadway, they have been converting it into an The Long Branch Arts & Cultural Center, designed to be used by the community for art exhibits, classes, shows, presentations and more.

“It’s ready to go. We want to have a grand opening and get started,” Pallone said. The only reason it hasn’t opened yet is that there are still restrictions on opening municipal buildings to the public. “As soon as they lift the restrictions, we’re ready to go.”

Bank of America donated the building, built in 1907, to the city when it decided to consolidate all its banking in the city into its Branchport Avenue branch. Pallone said the building was in great shape, and is very impressive looking with its 15-18 foot ceilings and expansive windows.

The Department of Public Works, led by Stan Dziuba, refurbished the inside to transform the interior, keeping the flavor while making the 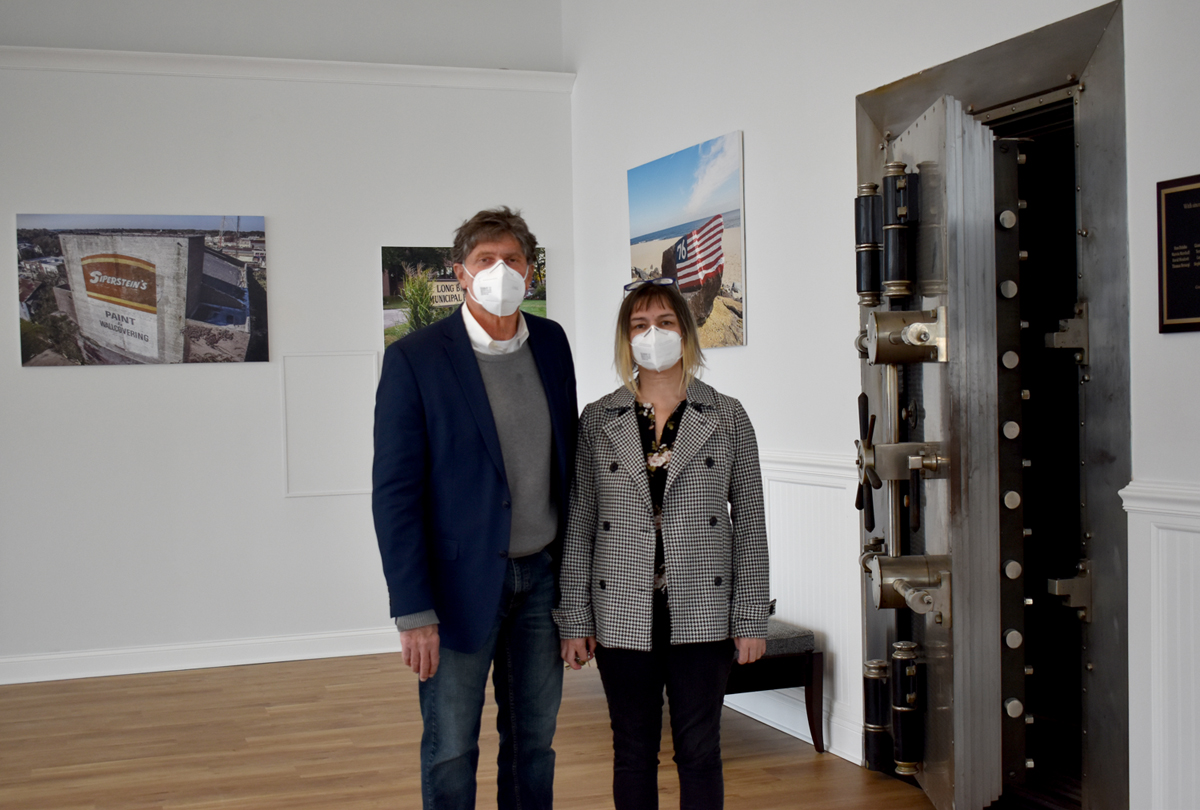 facilities more appropriate for an arts center. This is not the first time the DPW has done this sort of renovation; they also transformed the basement of the Long Branch Library into a community space, including a movie theater, a few years ago.

There’s already an exhibit at the arts center. Will Bahamonde, a photographer and head of the IT department for Long Branch, has works on display. You may have seen some of these images on your Long Branch calendar, since they showcase scenes in the city.

The exhibit was chosen as the first because one of the goals of the center is to highlight the city and its arts.

The center also has display monitors, a sound system and seating. “It’s for any type of art or cultural activity,” said Pallone. The space works for “everything from poetry to small musical groups.”  It may also be used for art lessons there, and theater readings.

The building is more than just an arts center, though. The back offices are the new home for  Office of Community and Economic Development. 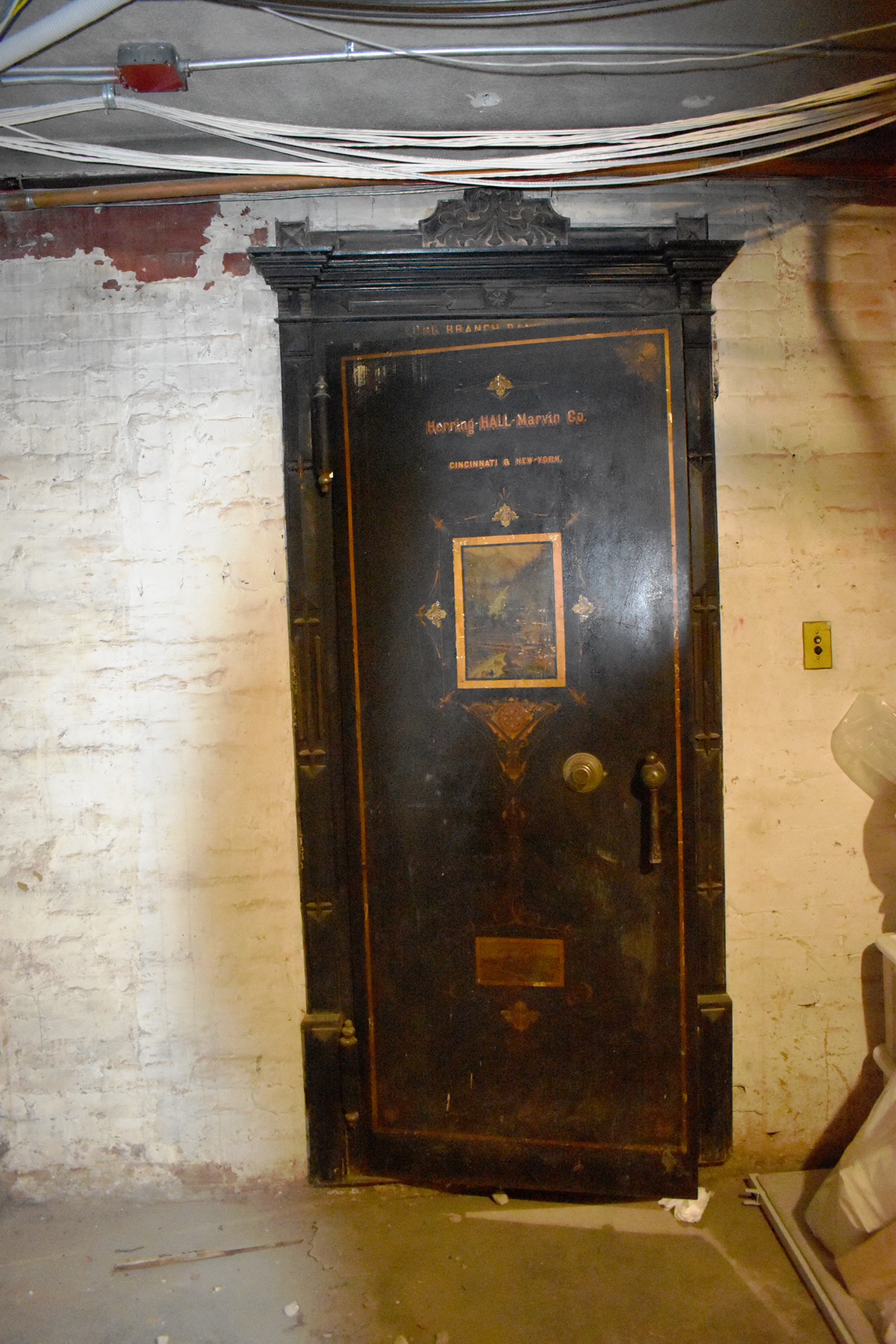 In the basement is the vault believed to be from when the bank was originally built in the early 1900s. It is now used as storage for paperwork from upstairs offices.

“We were paying rent for where the office used to be, up on the second floor of lower Broadway,” Pallone said. Moving it to ground level should make it more accessible and visible to the public in addition fo saving rent.

While the pandemic delayed the opening, it didn’t affect the work to get the building ready.

The clock on the outside of the building facing Broadway has been sent out for repairs and will be put back up as soon as it is done.

“The good news is Stan’s staff worked throughout the pandemic,” the mayor said. “We were pretty much ready to go the end of January.”

Pool: Should be ready this summer

The Pleasure Bay area of Long Branch has a long history as an area for recreation. In the 19th and early 20th century, it was used for fishing, swimming, boating, and during the winter ice skating. The municipal community pool in Pleasure Bay Park aims to recapture some of the fun that neighborhood brought to the city.

“We’re excited about bringing it back,” Pallone said.

The complex in Pleasure Bay Park features a 50’x50’ pool for adults; a 25’x25’ kiddie pool, with fun sprinkler elements to spray water; showers; changing rooms; a concession stand; and office space.  It’s been elevated so that users of the pool have a “stunning view of the Shrewsbury River.”

Pallone said that the city is aiming for a Memorial Day opening of the pool. The work is on schedule.

It’s not just to swim, but to increase the number of swimmers, Pallone said. Long Branch is working with the YMCA in Red Bank to get free swimming lessons for the city’s youth. This has been a longstanding goal of the city, which wants as many children as possible to learn how to swim in the shore town.

The Long Branch Beach Department will operate the pool. While it’s the first municipal pool in the city, their lifeguards have pool experience, and are hired out to watch over pools in other towns and private complexes. The department also hires many locals during the summer to handle ­­­­­­ticket booths and manage city beach facilities, so they can staff it effectively.

Work on the Pleasure Bay Pool on Atlantic Ave. is on schedule to be open by Memorial Day.

In the future, they plan to offer season passes, but due to the uncertainties surrounding the pandemic and potential mandated closings, this year they are only planning to sell daily passes.

Pallone noted that people have been asking for a pool in the city since before he was elected a few years ago. “We’re pretty excited,” he said.