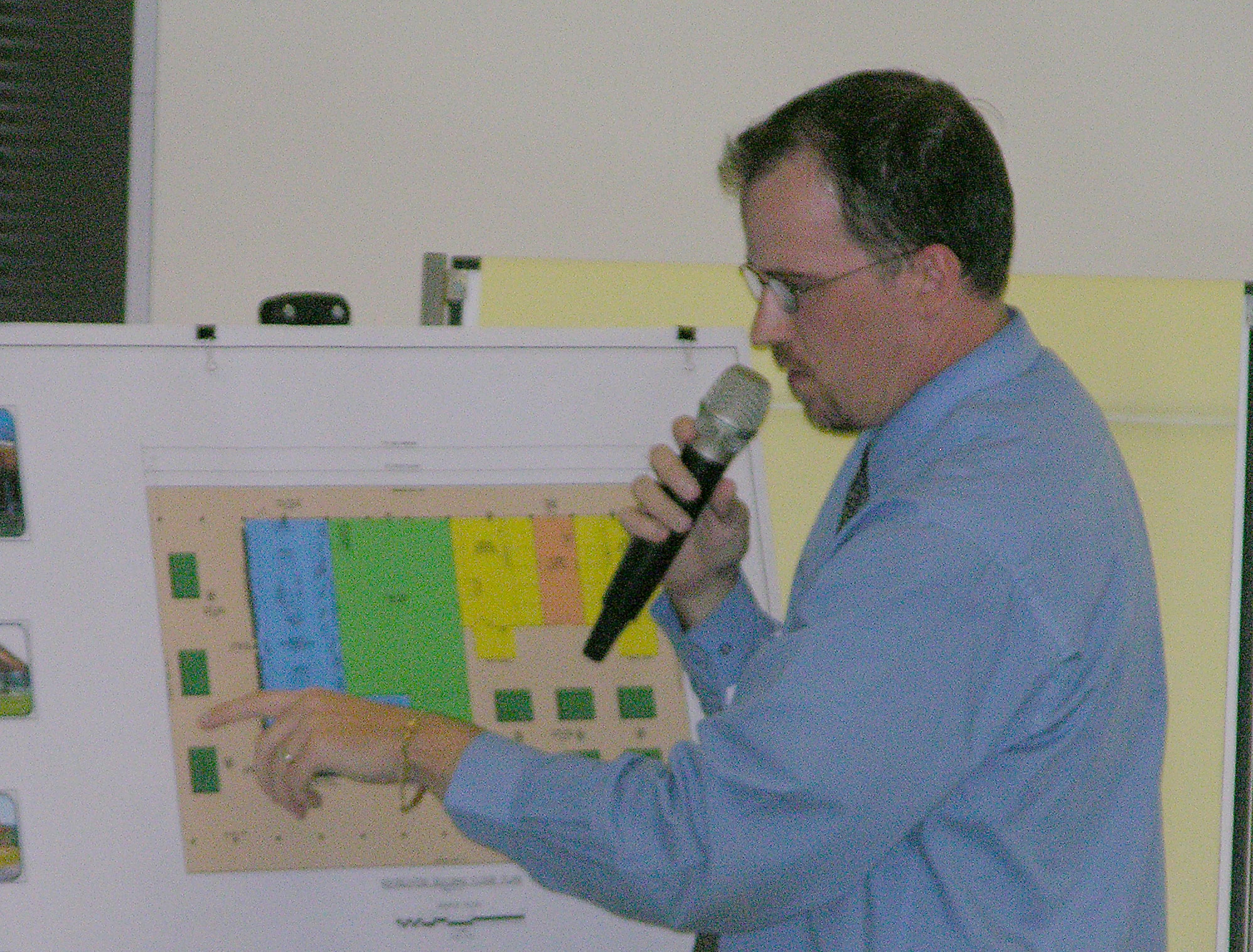 ﻿Jason Burneyko, D.W. Smith, outlines the proposal for the next phase of Manahassett Creek Park.

Long Branch — The next phase of Manahassett Creek Park will include a permanent concession building, restrooms, more bleachers and several other improvements.

At the July 26 City Council workshop, officials gave Jason Burneyko and Tim Lurie, from DW Smith Engineering, approval to design the plans. They could go out for contract within three or four months.

Burneyko outlined the proposed additions to the park. The largest one would be replacing the temporary concession building with a 60×100 foot structure, which would also include restrooms and equipment rooms.

The building would overlook the soccer and baseball fields, and have five service windows, all of which would comply with the Americans with Disabilities Act.

City Administrator Howard Woolley said that the current concession stand and temporary restroom is “totally inadequate” for the park’s needs.
﻿ A restroom enclosure would be put near the football field as well. Some more bleachers would be added to accomodate crowds, including near the Pop Warner football area.
Several improvements would also be made to some of the playing fields. Tall goal netting would be installed behind soccer goal posts.
“That would prevent any balls from bouncing out of play and into the streets,” Burneyko said.
To improve safety, the baseball fields would get arched backstops, and the Little Leage outfield will get a fence with a padded top.
Before work can start on the project, several groups must sign off on it. First D.W. Smith must design detailed specifications, which could take 3-4 weeks. The city’s building department and the state’s Green Acres agency must also accept the work. As a result, it could take 3-4 months before a contract is awarded.
If weather permits, work could start in late fall.