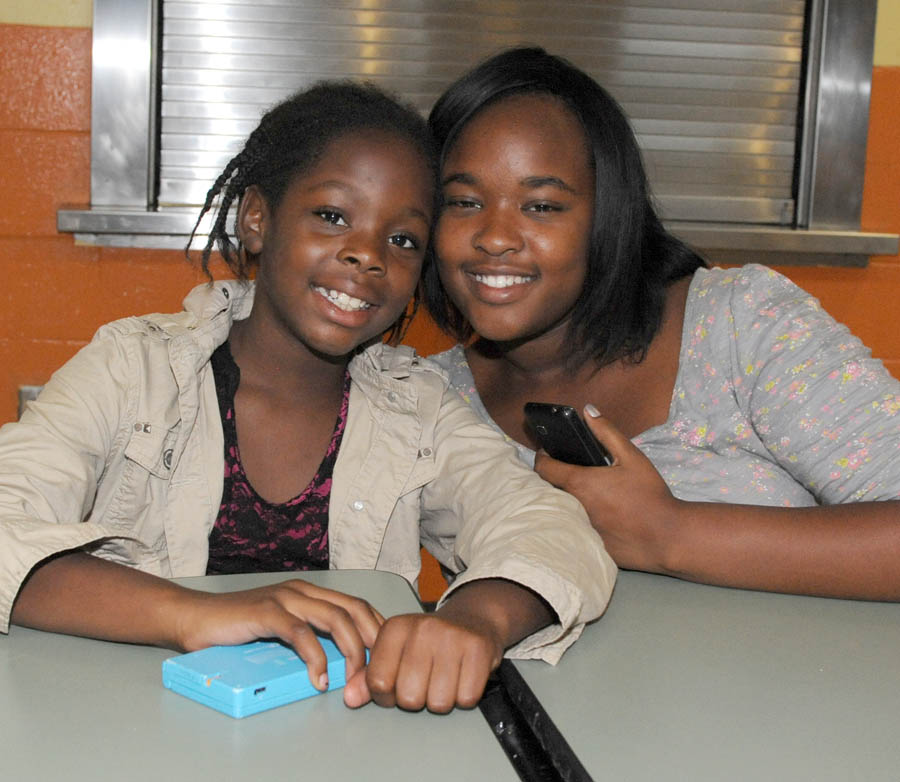 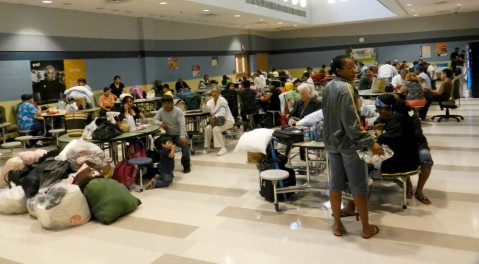 Over 250 people have signed into the shelter at the LBMS so far. Many are hanging out in rooms like this one. Some were already taking naps on their mats, others were watching "Lord of the Rings" in the theater. 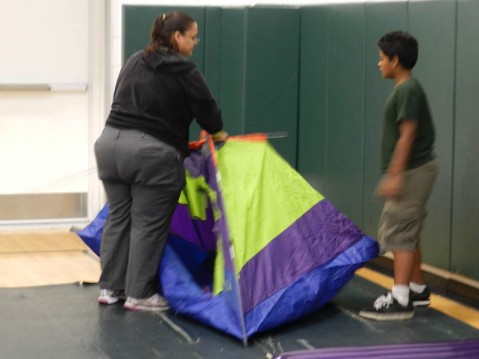 some brought their own accommadations to the middle school. 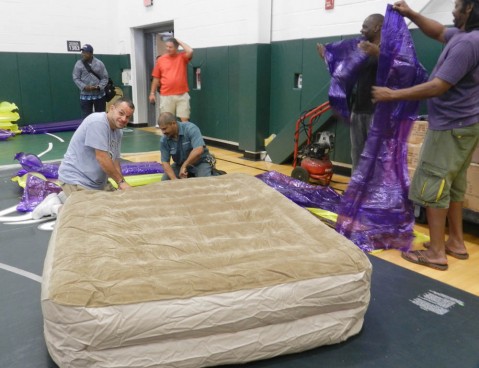 Over 500 mats were on hand if needed. Volunteers were in the process of inflating about 100. Some brought their own air mattresses. 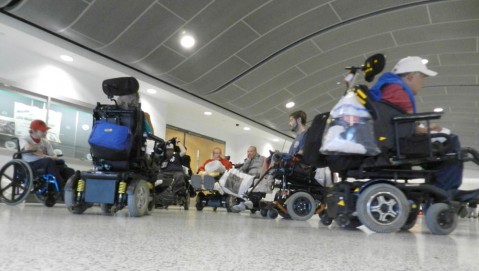 Some assisted living groups were evacuated to the school. 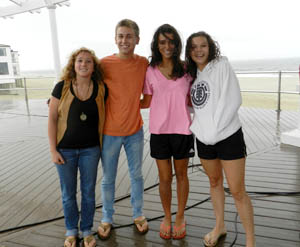 These kids from Rumson were evacuated from their homes. "So we came to see what Pier Village was like." 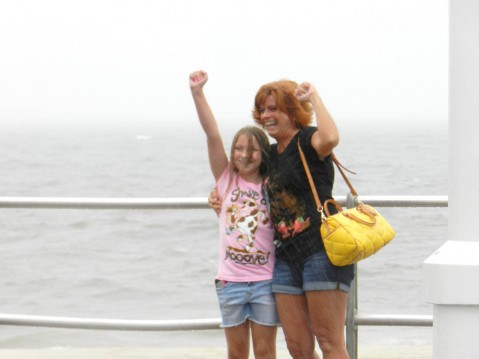 Mom and daughter sightseeing at Pier Village. Most people at Pier Village were commenting about how calm and low the ocean was. About a half hour later the rain began to come down heavier. 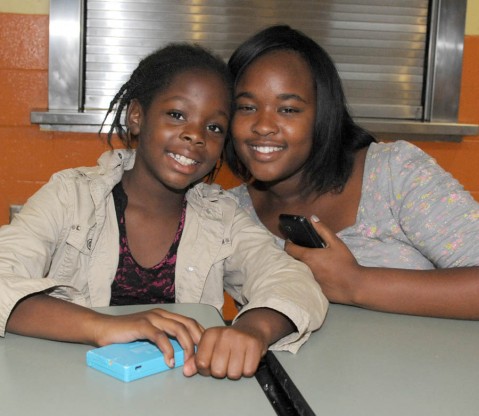 People are arriving at the Long Branch Middle School in droves. Alternate locations were to me more inland, such as Holmdel. This morning officials were knocking on doors along the shore including Sairs Ave. in West End and homes in NLB telling people to leave the area.

Many of those people are showing up at the Middle School since it is equipped for such a situation. 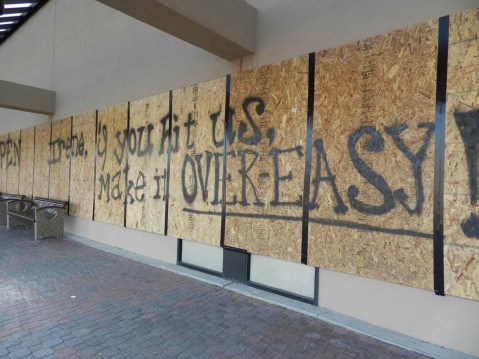 eople who have been displaced so far. Many more are expected to arrive.
One of the first to arrive at the Middle School was 46-year-old 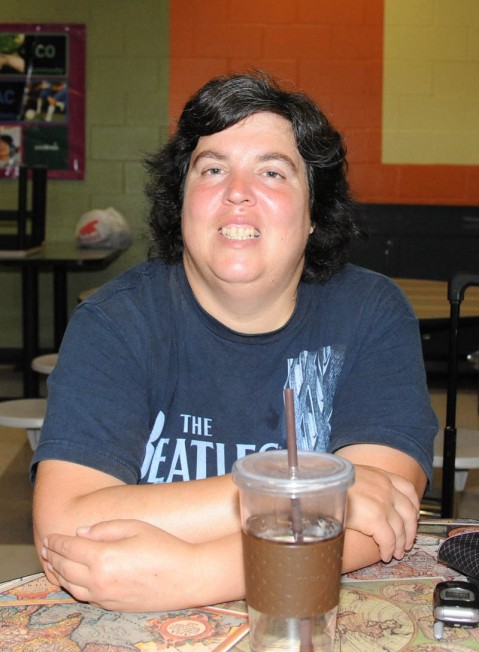 Janet Kiss from Westwood Ave. didn't want to be alone during the storm

, “I feel save with people around me. I brought my blanket, pillow, one change of clothes and medicine…and Cheese Whiz,” Janet said. “I think this is good that I’m going to be with people during this hurricane.”

17-year-old Kristyona Abel of Jackson St. felt it was unsafe to stay at home, but her mother and one of her two brothers decided not to leave. She and her sister Shakyra Gilliard, who is nine, decided to go to the shelter. “I didn’t think it was safe to stay at home and called the police to ask if I could bring my little sister to the shelter, and my uncle drove us here,” Kristyona said. 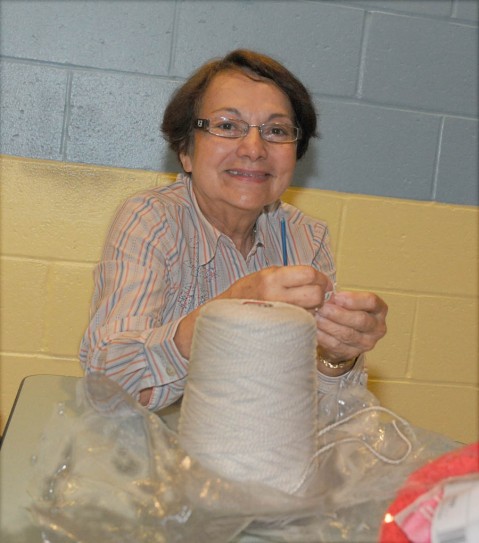 71-year-old Taty Nieto who lives in Washington Manor brought enough activities with her to keep her busy for her stay at the Long Branch Middle School.

decided to go to the shelter because, “The only thing separating me from the storm is the boardwalk.” She’s from the Puerto Rico and I’m not a friend of the wind. I’ve lived through hurricanes and it’s not a fun place to be.” Taty brought plenty of items with her to keep busy. Knitting, books and music. “I am not wasting a minute of time while I’m here,” she said.

Three girls who are from the Republic of Moldova in Eastern Europe,

Veronica Gogu, Stella Vintu, and Ludmila Stepan, who work at the Ocean Place were told to go to the shelter.

There are plenty of security with local police officers, school security, first aid and a nurse that will be staying the night.

If you are in an unsafe area you should find a place to spend the night. Some places in Long Branch are under mandatory evacuation — once the hurricane is in full force there will be no one to help those in danger.

Long Branch Superintendent Mike Salvatore, along with Mayor Adam Schnieder and members of the council were on hand to welcome people to the shelter and to make sure everything was running smoothly.
The gym has been set up with mats and blow up mattresses for people to sleep on. There are also movies being shown, games, books.
“We are not a school today,” said Mike Salvatore. “Today we’re a shelter. Everything is running smoothly so far, and all the kids have been great. We’ve had to bend the rules a little, but like I said, we’re not a school today.”
Stay tuned for updates and more storm-related photos.