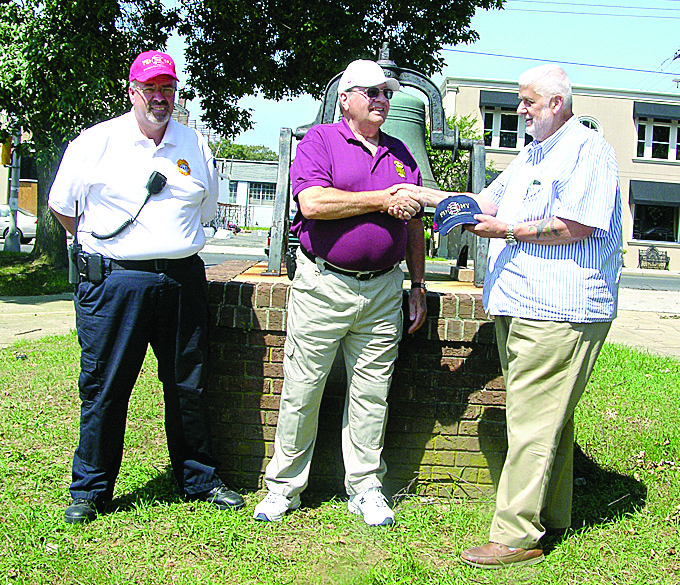 By Neil Schulman
Long Branch — To help honor the memory of those who lost their lives in the attacks of Sept. 11, or helping rescue victims of the attacks, Monmouth Rubber and Plastics Corporation has purchased hats from the Wall of Remembrance, and donated them to the Long Branch Fire Department. 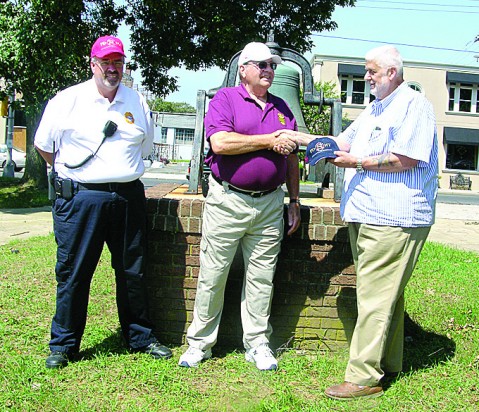 On Friday, John Boneforte Sr., General Manager of Monmouth Rubber and Plastics, Long Branch Avenue, met with Long Branch Fire Chief Al Sico and Fire Marshal Kevin Hayes to present the donation. The baseball caps, with the FDNY logo, come in red, white, and blue, and will be distributed by the Long Branch Fire Department.

Sico thanked Boneforte “not just for the hats, but for the thoughts behind it.” The gesture shows the community supports the fire department.
“People like Mr. Boneforte, who help out with the volunteers and the rest of the department, are what’s going to bring the next generation of volunteer firefighters,” Sico said.

The Brooklyn Wall of Remembrance, located by Coney Island, was the first memorial to the heroes of Sept. 11 put up in New York City. It features photos of all the firefighters and other first responders who lost their lives responding to the attack on the Twin Towers.

The wall was created by activist Sol Moglin, who wanted to honor the first responders with an interfaith remembrance.

Because Moglin had done business with Monmouth Rubber, Boneforte knew him, and wanted to support the project.

Boneforte said he hopes the donation will help reach the youth. It was done with a special thought in mind, he said. “That thought is: that our young people will be made aware of the sacrifices that were made so that they can enjoy living in a free society.”