Students work to ensure Ride for Ronald a big success 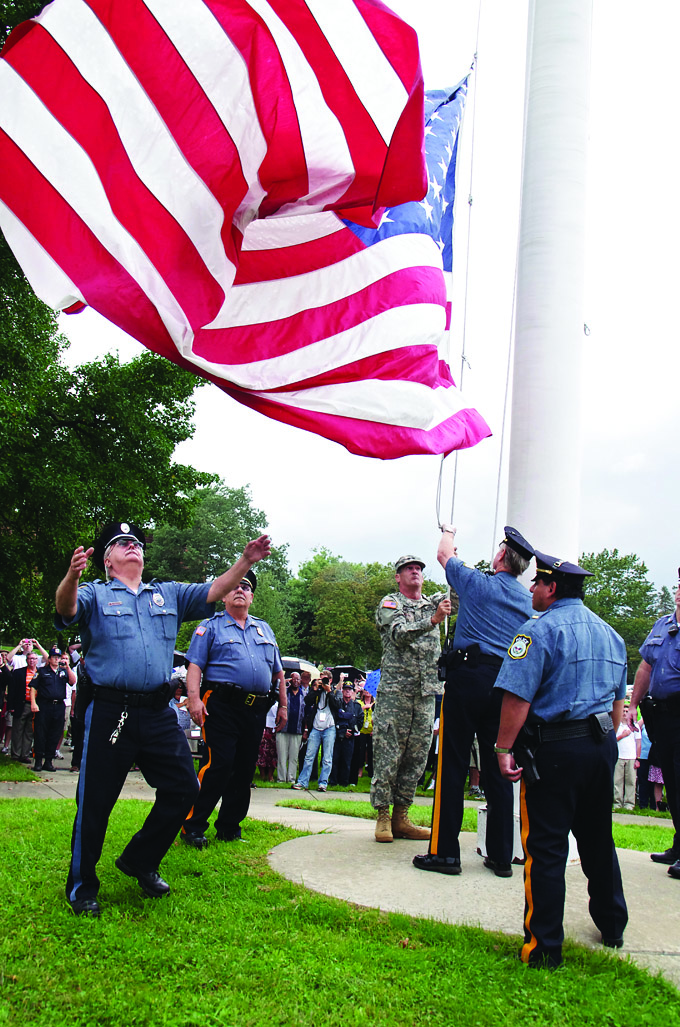 Members of the Fort Monmouth Police Force take down the United States Flag for the last time.

By Jonathan Weber
Fort Monmouth — The skies cried as it rained and 94 years of glorious history came to an end at Fort Monmouth on Thursday, September 15. No congressman was there, no senator attended, not even the governor of New Jersey bothered to show up.

Members of the Fort Monmouth Police Force take down the United States Flag for the last time.

There was no Secretary of the Army, no general or even colonel to grant her the honor she deserved. The highest ranking official from New Jersey present was Freeholder Director Lillian Burry.
The base closing resulted in a direct loss of over 9,000 jobs and $3 billion to the County.
And yet many questions remain. The biggest is a simple word – why? The closing was supposed to save $1.5 billion and cost about $800 million but instead, in real dollars, the move of the Army’s foremost electronics research facility cost almost $2 billion dollars, not to mention delays in the Army’s research programs.