Why does Bill the hot dog man have such a beef? 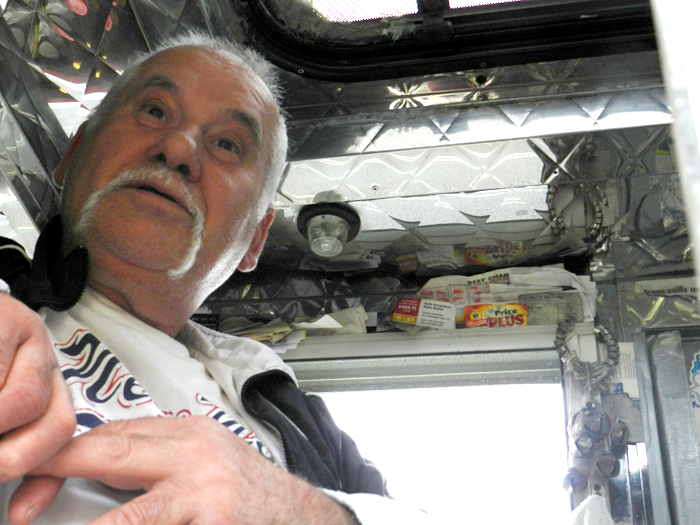 By Patty Booth O’Neill
No one knows why Bill Germanos, the man with the hot dog cart on Grand Ave., off of Joline Ave. has offensive signs taped all over the truck he uses to tow his cart.

“It’s freedom of speech,” he told The Link. “The signs are there for some reason and that’s it.”
One hand-written sign taped to the back of the truck says, “You call yourself a lawyer or a busboy?”
When asked what the signs meant, Germanos responded, “You read them and figure it out. What do you think they mean?” Another sign read “The Jew lawyer from Elberon is a thief.” Since the rest of his car is covered in Unger political signs, many assume it’s directed towards Mayor Adam Schneider. (Brian Unger ran against Schneider in 2010.)
When pressed, Bill said that his girlfriend went to a divorce lawyer and the price kept going up and up. That’s what made him so angry. “What the hell,” he said.
“You writing a story about this guy? The sign in the front windshield is directed towards me,” said Joe Gervolino who lives on the quiet side street. The sign Joe felt was about him read “Malaka, Psycho, Psycho, Go see a doctor” written in magic marker on a piece of paper.
“I’ve asked him why he has to park his truck in front of my lawn so far away from his cart.” Gervolino was upset that leaves in that particular spot can never be cleaned up by the city. Another time, during a snow storm, Gervolino asked Germanos to move his truck so he could get his ice boat out of his driveway. Germanos said no. “Now whenever I drive by he spits,” Gervolino laughed.
Gervolino claims the sign in the front windshield is directed at him because it went up after they had their first spat. “Malaka” is an offensive word in Greek. 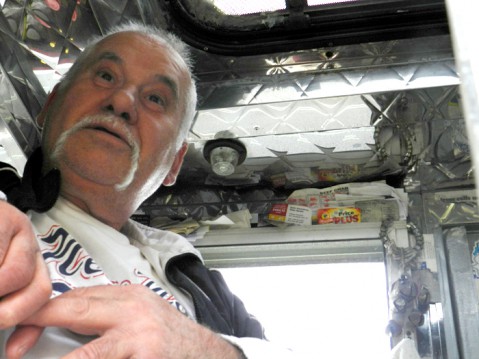 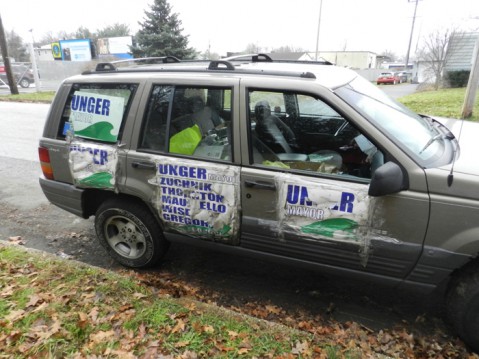 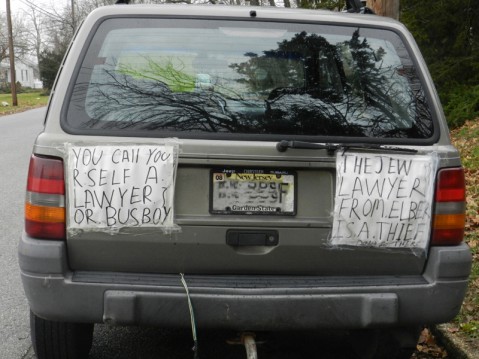 “I have nothing against the guy making money,” Gervolino said. “There’s nothing I can do about it anyway. I’ve called the cops. He has a permit to be here and there’s nothing the city can do.”
“I think the guy has a legal right to do that, but it is offensive and antisemitic,” said Long Branch Mayor Adam Schnieder.
“You want to take pictures of my truck and put it in the paper, go ahead. I hope you put it on the front page. It’s freedom of speech. There’s nothing wrong with it,” Gemranos insisted.