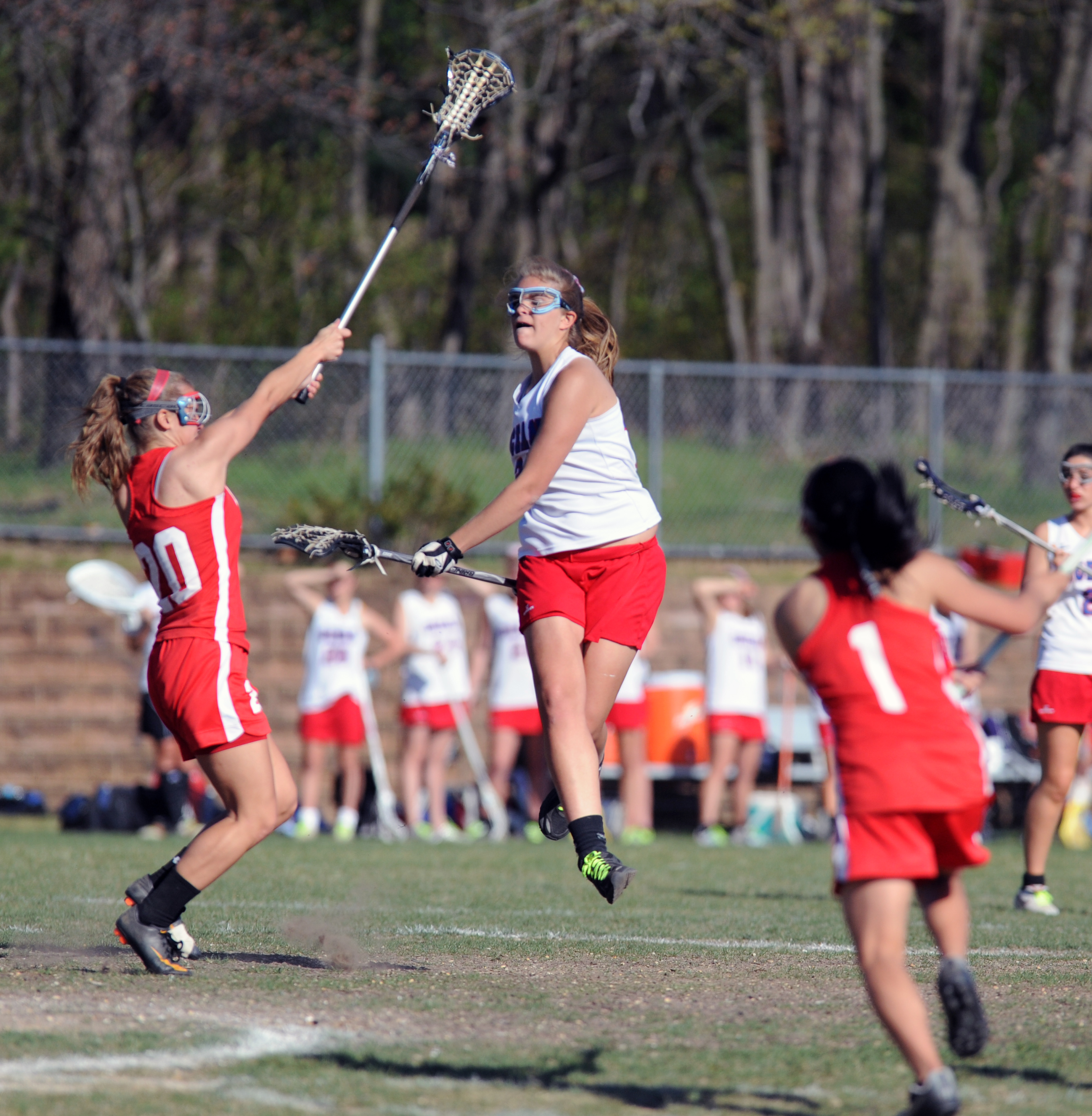 The Following appeaded in Volume 11 Issue 33

It was one of the most exciting girls lacrosse games of the 2012season. The Spartans of Ocean Township hosted Manalapan in a nondivisional Shore Conference game.

Ocean came back twice from being down five goals to tie the game. However, after two overtime periods the Spartans lost 14-13 and are now 3-4 on the season. “Although we lost in double overtime, I am very proud of the girls and how hard they worked throughout the game. They never gave up,” said Bisia Duch, head coach. “We made some crucial mistakes at the end of the game that cost us
the one goal lead we had with 2:45 left in the second half.”

The coach was happy that his players had the opportunity to experience overtime and how important it is to take care of the ball right off the first draw. Most goals occur in lacrosse based on the team that wins the draw.

Jenna Gilman, a junior and one of the four captains of the 2012 Spartans, scored seven of the teams 13 goals. Caitlin Herod, a sophomore, added two goals and junior Amanda Roskey had one goal and two assists in the loss for Ocean. The goalkeeper for the Spartans is sophomore Bailey Herr, who had 19 saves in the game. Manalapan had a 35-26 shot on goal advantage.

Both teams scored five first half goals and eight in the second. “As a team we hope to improve our record from last year (10-9) and also be competitive in our division as well as in the Shore Conference,” said Duch. The coach also hopes that the 2012 Spartans make the Shore Conference Tournament and the NJSIAA playoffs. “As a team we improve every time we step on the field and hope to continue building as a team and program.”

Goalkeeper Bailey Herr had a great season as a freshman in the cage and continues to grow in her ability. Duch says that Herr consistently makes crucial saves for the Spartans on defense. On the attack for Ocean is Gilman, who had a breakout season last year as a sophomore with 85 goals and 17 assists. “She is our returning top scorer and the leader on offense and controls the ball in the offensive,” added Duch.

The coach said that the Spartans have a balanced attack plan with key returners Liz O’Grady, Elle Skender, Christine McMahon and Melissa Luyster. “We also have two new attackers this year with Caitlin Herod and McKayla Conti, both of which have sparked our offense several times this season,” said Duch.

In the midfield Ocean has Amanda Roskey, who according to Duch sees the field very well and is the team’s most vocal player. “She is consistently communicating on the field and working with her defensive teammates to stop the opponents offense,” said Duch.

Also playing the midfield are Gabby Hagerman and Mina Cosentino, both played that position last season. They are key players in the transition portion of the game. Defensively the Spartans lost a great player in Brittany Dilger, who is now playing at Montclair State University, but have three returning starters in Macie Fisher, Laura Merrick and Marissa Hazel. The newest addition on defense
is Hayley Wellner. 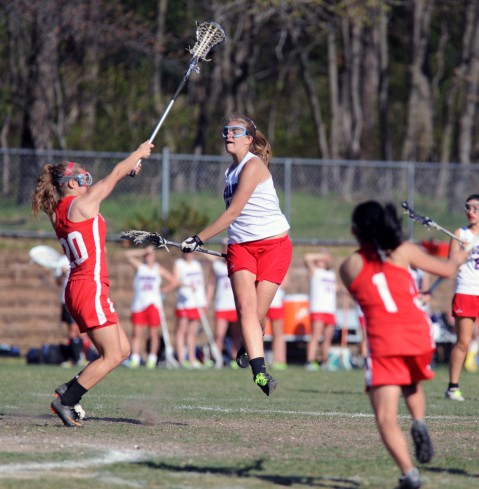 Manalapan improved to 3-3 on the season while the Spartans fall to 3-4 overall.

Additional photos of the game can be viewed at: www.oneillphotography.printroom.com