Man accused of having sex with a minor at WLB hotel

Another school superintendent under investigation

Holmdel Police and the Monmouth County Prosecutor’s Office have arrested a 26-year old Holmdel resident on the charges he had a sexual relationship with a 14-year old girl who also lives in the township.

Police have released the identity of the man as Damon A. Wilson, whose address was listed as Shady Brook Lane. Wilson was arrested on September 6, and charged with two counts of endangering the welfare of a child.

It is alleged by law enforcement officials that Wilson engaged in sexual intercourse with the young girl at both his residence in Holmdel and at the Holiday Inn Express hotel on Highway 36 in West Long Branch. Police have not released information on how the investigation started or how the victim and accused met.

As of this printing, Wilson is currently being detained at the Monmouth County Correctional Facility in Freehold in lieu of his $150,000 bail. Police also have not released any other information on the accused as to his background or employment status.

Detectives from Holmdel, the Monmouth County Prosecutor’s Office and the West Long Branch Police Department conducted the investigation that led to the arrest of Wilson. 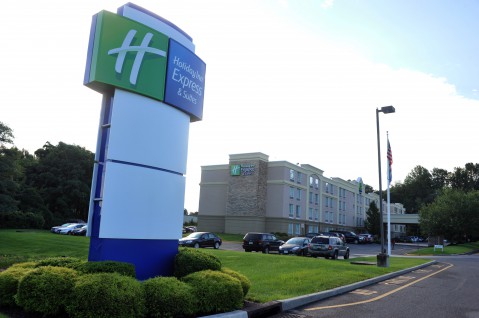