Christie: Thanks, but I’ve got Romney’s number 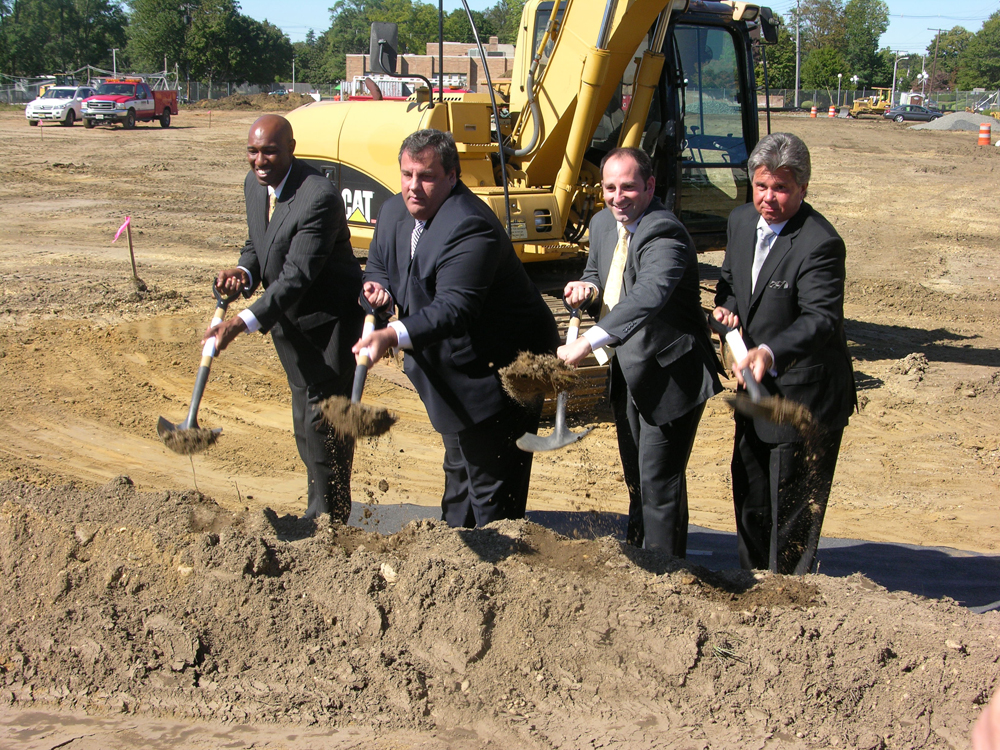 By Neil Schulman
Long Branch — As Governor Chris Christie broke ground on Long Branch’s newest school in Elberon on Monday, he announced that the state will be funding another half billion dollars in new school construction in the coming months.
The George L. Catrambone Elementary School will, when completed, accommodate 800 students in a state-of-the-art facility. 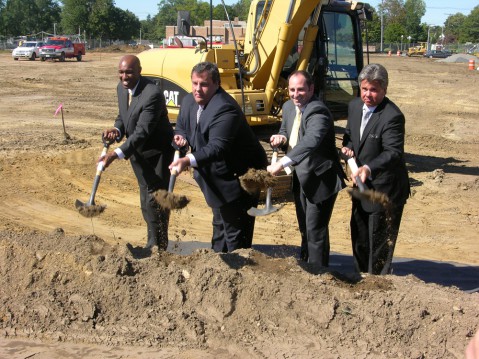 Schools Superintendent Mich-ael Salvatore, and Catrambone, a former teacher and administrative leader, both said they were grateful for the building, which took years of work.
“I’ll be grateful for every brick, every ounce of mortar, every block,” Salvatore said. He said the building was being named for a man who had started his career in Long Branch at that site, in the former Elberon School.
“For me personally, my passionate journey in education has been a privilege,” Catrambone said. “My guiding principals and actions have been focused on doing what’s best for children, and are we meeting the needs of all students.”
Christie said the new building would be a “safe, modern place for them to meet their maximum potential.”
Christie said that the state chose to fund this project due to its fiscal responsibility. He said when he took office, the NJ School Development Authority, in charge of getting new public schools built, was in bad shape.
“When we inherited this program it was a mess. Money was being wasted in the hundreds of millions,” Christie said. “Worst yet, for all the money being spent, schools weren’t being built.”
Christie said that he appointed Marc Larkins as head of the SDA, and he’s not only getting schools built, but cleaned up the agency.
“He’s actually evaluating projects on the merits – a radical idea,” instead of political favoritism, Christie said, .
The governor added that more schools would soon be funded. The state was getting ready to select another $500 million worth of projects. These would not only improve education, but help create needed construction jobs and spur the economy, he said.
“That’s when everybody wins. When we do the thing we need to do, based on merit,” Christie said.
The Catrambone School will have 28 first through fifth grade classrooms, 10 preschool classrooms, four special education classrooms and seven kindergarten classrooms. In addition, the 109,000 square foot, two-story building will house a media center, gym, auditeria, technology discovery center, computer lab, science exploration center, a music room and an art room.
The estimated construction cost is $40.1 million and scheduled to be completed in time for the 2014-15 school year.