Columbus Day Parade goes off without a hitch, just a little rain 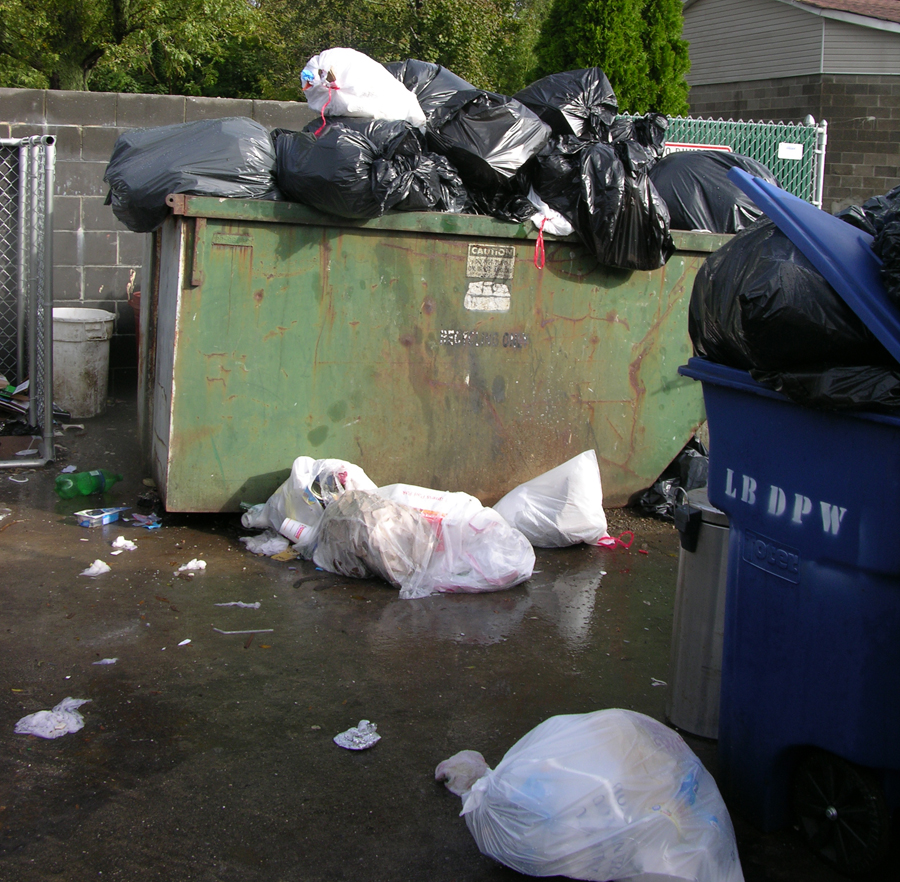 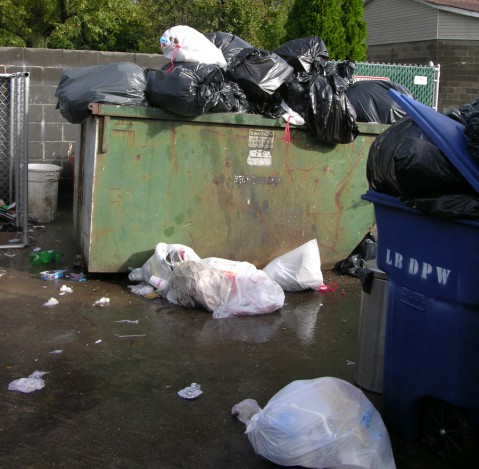 By Neil Schulman
Long Branch — When the city switched to using dumpsters for business pickup several years ago, it thought that would improve the way Long Branch looked. Instead, officials say that it has created a literal mess.
They are now considering going back to the old system of collecting trash cans behind each building.
While the city works to maintain the dumpsters, it’s proven extremely difficult. The Public Works Department has one employee whose job is to keep the five sites clean, and he can’t keep up, Department Supervisor Fred Migliaccio said at Tuesday’s City Council meeting.
Despite efforts which include power scrubbing the area, garbage still accumulates outside the dumpsters. Often it’s illegal dumping, a contractor or private resident that doesn’t want to pay to haul away the material legally.
“We’ve tried everything. We’ve increased enforcement. We’ve had stakeouts. We’ve put (police officer) specials on it,” Migliaccio said.
City Administrator Howard Woolley said that about six to eight years ago, public works set up designated dumpster areas on the parking lots behind lower Broadway, upper Broadway, and Montgomery Avenue in West End. It did that because the row of 20-30 cans behind the businesses “wasn’t particularly attractive.”
The dumpsters were supposed to make the area neater looking by consolidating garbage in one spot.
“It sounded good in theory,” Woolley said.
When illegal dumping started, the city began locking the areas, giving keys to the businesses. People just started throwing their junk over.
Woolley said that he recently went to a business group meeting on uptown Broadway, parking near the dumpster. When he got there at 8:30, the area was clean. When he left the meeting, about 8-10 carpets had been left there, obviously by some contractor who should have disposed of them himself.
As a result, the city is thinking of going back to the old collection system.
“While the cans, we can all agree, were unattractive, the garbage collection area is worse,” Woolley said.
Under the former system, garbage cans were placed in back of the buildings, and trucks drove through the area collecting the waste, the same way residential pickup is handled.
Businesses that generate large amounts of trash, such as supermarkets, would still need their own dumpster or other collection methods, which many use now. Woolley said that one of the issues with keeping the downtown Broadway area clean is the fact that there is a supermarket’s dumpster right next to it, making the area harder to maintain.
Migliaccio said that they’ve been discussing the issue for nearly two years now. Some business owners are against switching back, others support it.
Woolley told council members that if they make the switch back to the old system, no special resolutions or ordinances would be needed, as it is an administrative issue.