People come from beyond NJ to clean city creek

Cleaning up the boats by Sea Bright 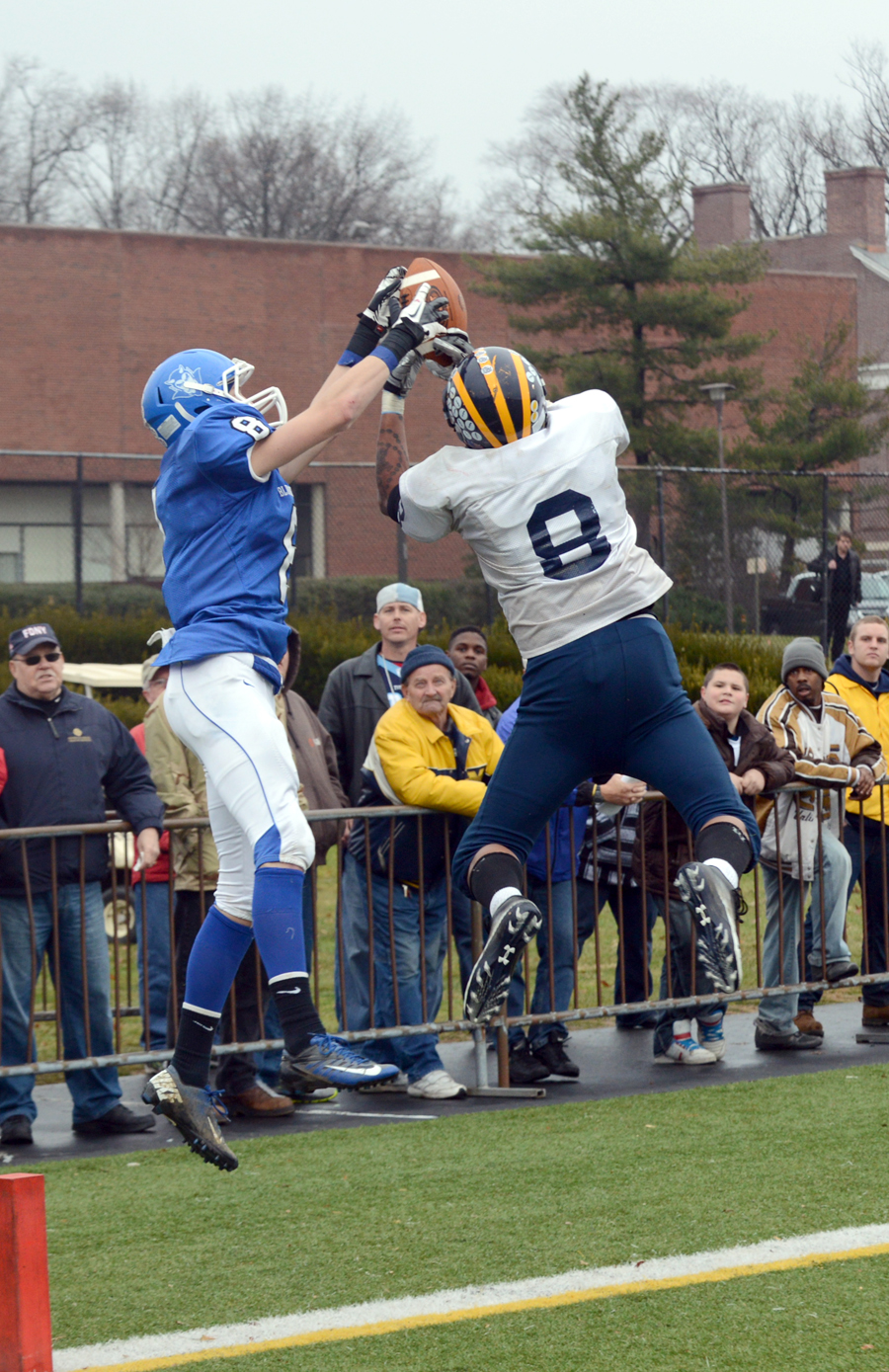 Leaping high in the corner of the end zone for a pass is Tyler Vivian (8) of Shore Regional, however Marcus Lawless (8) of Florence (right) breaks of the pass. 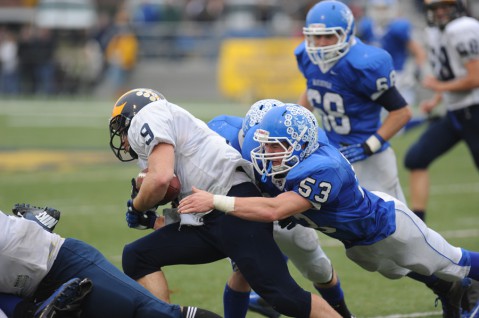 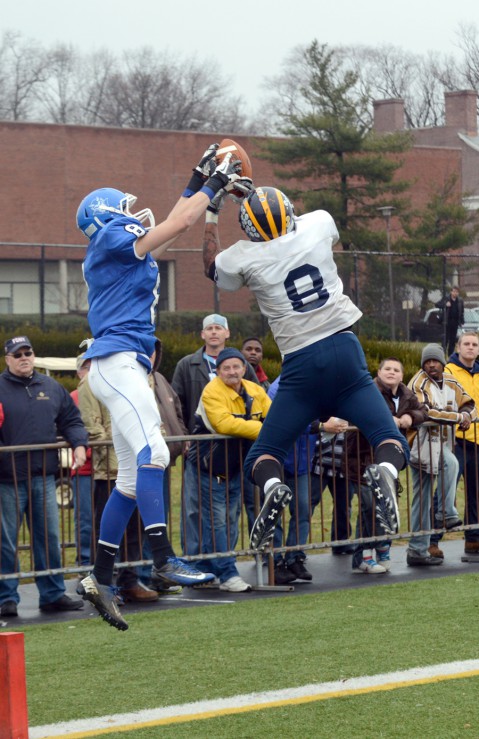 Leaping high in the corner of the end zone for a pass is Tyler Vivian (8) of Shore Regional, however Marcus Lawless (8) of Florence (right) breaks of the pass.

They say football is a game of inches, and that was the case on Saturday morning in Ewing Township. The top seeded Blue Devils of Shore Regional were playing the third seed from Florence in the NJSIAA Central Jersey Group I championship game.

It was in the second overtime period, Florence had started the period first on offense from the 25-yard line. They ran a few plays, threw for a few and eventually scored a touchdown, giving them a 23-17 lead. Now it was the Blue Devils turn from the 25-yard line. They needed a touchdown to even the score and an extra point to win the game. If they failed, the game was over and Florence Township would be crowned the state champions for 2012. Shore had a fourth down and six inches at the Florence 16-yard line. A field goal would not help, they needed to get a half of a foot and then four new downs.

The play was for the 6’5” senior quarterback Matthew Muh to drive forward for the six inches and new set of downs. However, the Flashes of Florence stacked the line with their biggest guys and actually tackled Muh for a loss of yards that secured the win for Florence. That final series for Shore was tough. It started off with two running plays; the first was a two-yard loss by Mark Costantino, Jr., son of the head coach, and Jack Kelly also had a two yard loss. Then Muh connected on a pass to Tyler Vivian, who was tackled just inches of the first down.

“It was a good game,” said Mark Costantino, Sr., head coach. “We matched up well with them, but didn’t get it done.” The coach was happy with his team’s performance, and was especially pleased with his son. At a 165-pounds, little Costantino is an impact player on kickoff returns averaging 47 yards on returns. “My son was outstanding. I’ll be a dad later, but I’m still a coach right now,” Costantino Sr., said immediately following the game. “He had a fantastic game. I’m proud of him. He has been on my football field since he was three years old. He was five when he started playing flag football, His very first play in Pop Warner was a 60-yard touchdown run. I was his coach.”

The game started with Florence marching down the field and scoring on their first possession. The first quarter ended with a 6-0 lead for the Flashes of Florence. The Blue Devils regrouped and played Shore football. They scored in the second quarter when Kevin Masica, our Stern’s Trailer Athlete of the Week, caught a 14-yard pass for the touchdown. Jake Monteiro made the extra point and Shore now had a 7-6 lead going into the halftime break.

The third quarter had both teams finding the end zone. The first was a one-yard run by Florence, and a two-point conversion. Shore then had Muh connecting on a 13-yard pass to Costantino, and the extra point by Monteiro. The game was dead even going into the fourth quarter. Florence kicked a 24-yard field goal to take the lead. However, the Devils moved the ball and with just over a minute left in regulation, Monteiro made a 30-yard field goal to send the game into overtime. The first overtime period had Shore starting on offense at the 25-yard line but they could not score.

The Flashes then took over on the 25, and they could not score. That was the end of the first overtime period. In the second overtime, Florence went first and scored. That’s when the Blue Devils came up six inches short of getting a new set of downs and trying for the win. Florence had 231 rushing yards on 57 carries and completed two of five in the air for 33 passing yards. They had 11 first downs and only two penalties in the game for 25 yards. They finish the season at 11-1 and the state champions. Shore had 10 first downs; they only had 86-rushing yards on 36 carries. But in the air, Muh completed 6 of 10 for 101 yards, with two interceptions. The Blue Devils had five penalties for 35 yards, and had one fumble which they lost.

Leading the Devils on the ground was Costantino with 55 yards on 12 carries; he also had one catch for 14 yards. Masica had nine rushing yards and one touchdown catch for 14 yards. Vivian had three catches for 43 yards. Shore ends the season at 9-3. Shore last won the state title in 2010, and they were hoping this season they would win the sixth title during the 21 year tenure of head coach Mark Costantino.  “I’m sad I didn’t get another ring for my dad,” said Little Costantino after the game. “But we got here. You could not ask for a better state title game.”