RBC girls start the season fast and in control 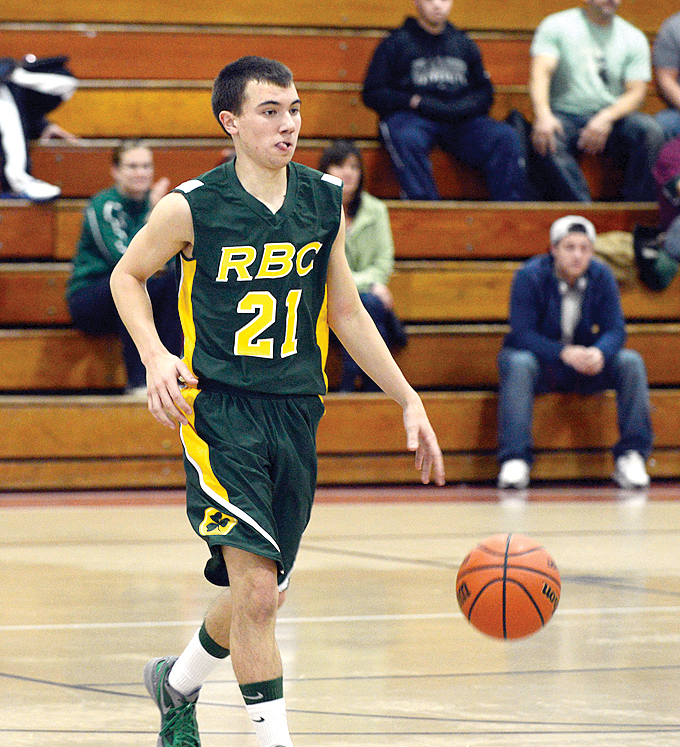 Joe Montano (21) a sophomore guard on the RBC varsity basketball team brings the ball downcourt for the Caseys. 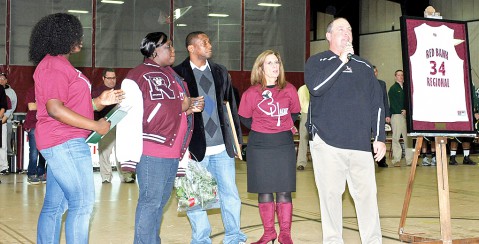 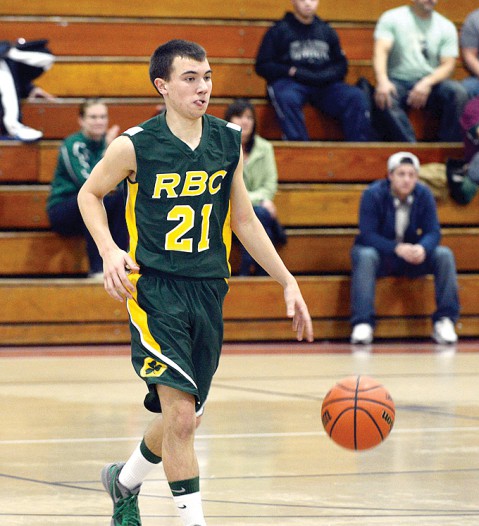 Joe Montano (21) a sophomore guard on the RBC varsity basketball team brings the ball downcourt for the Caseys.

LITTLE SILVER – Although settling for a split in its first two games, Red Bank Catholic’s boys basketball team shows signs of having a promising season. After dropping its opener to shore power Manasquan, 38-26 on Friday, RBC bounced back to trim rival Red Bank Regional, 52-39, Monday. 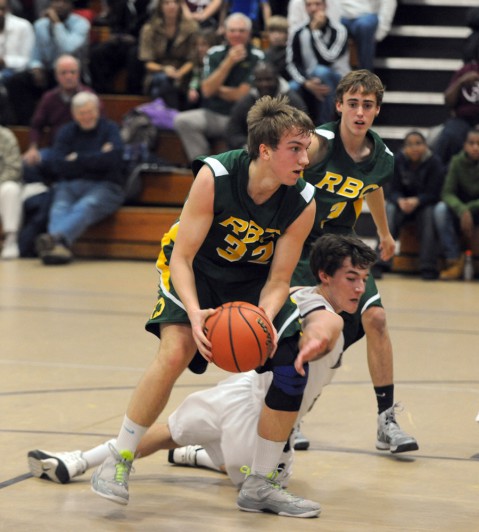 The win over Red Bank was RBC’s first at the Buc Field House since 1998. The Red Bank game was an emotional affair as the Bucs retired the jersey (#34) of Albert Martin, who died suddenly in a scrimmage Dec. 3. Red Bank started quickly, making four of its first six shots in racing out to a 13-6 lead, but RBC settled down and outscored the Bucs, 17-6, the rest of the half to go ahead 23-15. Junior Klye Jeffrey set the pace with seven points, including a three-point basket that put RBC in front to stay, 17-15. “It was a very emotional night and deserves to be after what everybody went through,” said RBC coach Devitt Gillroy.”Red  Bank showed a lot of class and their kids went out there and put everything on the line. It was a tough night for them.” “We got caught up in the atmosphere early in the game,” he said, “but we settled down, executed better and made our shots. Jeffrey has played very well for us in the first two games,” For most of the Manasquan game, RBC appeared ready to pull off a major upset until the Warriors pulled away late in the game, Following a cold shooting performance by both teams, which resulted in a 2-2 tie after the first quarter, Manasquan, led by Jim Walsh (19 points), went ahead and had a 28-19 lead after the third quarter before the Caseys rallied. A layup by TJ Verdiclione and a three-pointer by Montano cut the lead to 28-24 and, after a free throw by Walsh, Jesse Flaherty scored on a drive to make it a three point game. RBC had a chance to get closer but turned the ball over and Manasquan scored the final nine points of the game to clinch it. “Manasquan is No.1 in the Shore for a reason.” said Gillroy.  “Walsh is a complete player and is a tough kid. He was a handful for us.”