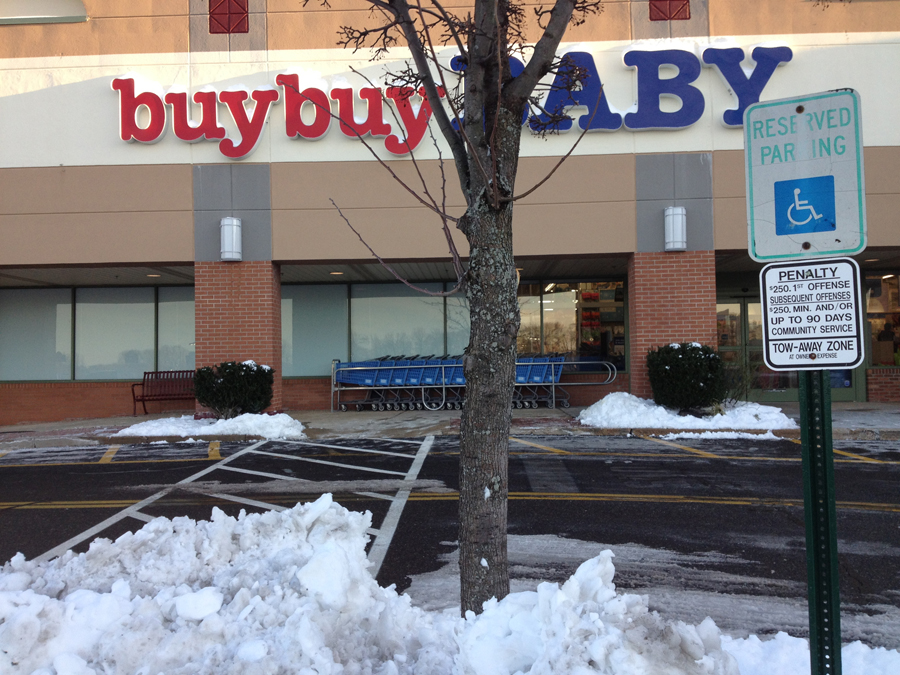 Every time a call came in about a bomb in Buy Buy Baby, all surrounding stores and mall were evacuated. 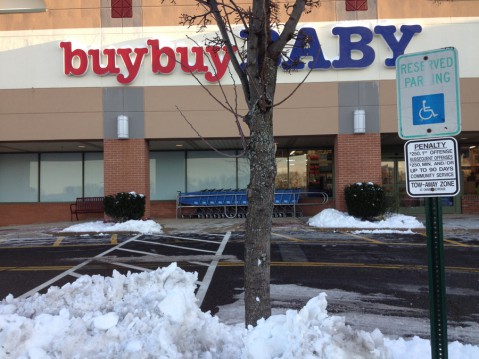 Every time a call came in about a bomb in Buy Buy Baby, all surrounding stores and mall were evacuated.

Kristopher L. Thomas, 21, of Stony Hill Apartments in Eatontown, was arrested and charged with four counts of False Public Alarm in connection with bomb threats made on Sunday and Monday to three retail stores located at The Consumer Center shopping area on Route 36.
The suspect had been employed by all three stores which received the threats, authorities said.
“Causing public alarm with bomb threats is serious business. We can be thankful no one was injured by this extreme act,” Acting Monmouth County Prosecutor Christopher J. Gramiccioni said.
According to the prosecutor’s office, one of the bombs threats allegedly made by Thomas occurred on Sunday, Feb. 17.
West Long Branch Police were dispatched to the Buy Buy Baby store after the Monmouth County Radio Room received a 911 call at 1:24 p.m.
All access to The Consumer Center was blocked and all stores were evacuated as part of a multi-jurisdictional response, which  included Monmouth County Sheriff’s Office K-9 units and Mobile Command Center, Long Branch, and the West Long Branch Fire, First Aid, and Office of Emergency Management.
A search of the area proved negative and the shopping area was re-opened.
On Monday, Feb. 18, West Long Branch Police were again dispatched to The Consumer Center following a 9:38 a.m. threat made at the Buy Buy Baby store, and once again all access was blocked to the shopping center and all stores were evacuated. The U.S. Park Police K-9 Unit, Office of Emergency Management, Monmouth County Sheriff’s Office K-9 Units and the Long Branch Police Department. West Long Branch Fire and First Aid were put on standby until the area was cleared.
“After the building was cleared, the store was re-opened to the public with no one allowed to enter the store with any bags, packages or receptacle that could hide an explosive device,” Chief Milhon said. “Anticipating more calls and the possibility the suspect was watching law enforcement responses, subsequent bomb threats were handled according to specific guidelines.”
Less than four hours later, the Buy Buy Baby store received a call at 2:21 p.m. and West Long Branch Police were once again dispatched to the area to evacuate the public from the store and the shopping center until another search of the area proved negative for any explosives.
An hour later, with authorities on scene from the earlier bomb threats a call was received at the Chuck E Cheese restaurant at 3:18 p.m. prompting a search of the restaurant with negative results. The call was followed by another call received at the nearby Taco Bell restaurant prompting an evacuation and search of the building with negative results.
An investigation by West Long Branch Police Detectives Michael Paolantonio and Jeff Hanlon and the Monmouth County Prosecutor’s Office led to the arrest of Thomas on Monday.
“This was solved with good old-fashioned police work, technology and a lot of teamwork,” Milhon said.
Thomas is a former employee of the Buy Buy Baby and the Taco Bell restaurant, and was employed by the Chuck E. Cheese restaurant at the time the bomb threats were made.
Thomas is being held in the Monmouth County Correctional Institution, Freehold Township, on $100,000 full cash bail, set by Municipal Court Judge Louis Garippo Jr.
Another threat at the Buy Buy Baby store on Sunday, Feb. 10, 2013, remains under investigation.
West Long Branch Police were dispatched to the store after a phone call was made at 1:21 p.m. reporting the bomb threat. West Long Branch Police were joined by the Long Branch Police Department, Monmouth County Sheriff’s Office, and the West Long Branch Fire, First Aid, and Office of Emergency Management in a coordinated response to block all access to The Consumer Center and evacuate all stores in the shopping center until searches by bomb dogs from the New Jersey State Police, Monmouth County Sheriff’s Office K-9 Unit and the Wall Township Police Department determined the area was clear of any threats.
If convicted, Thomas faces three to five years in prison on each count.